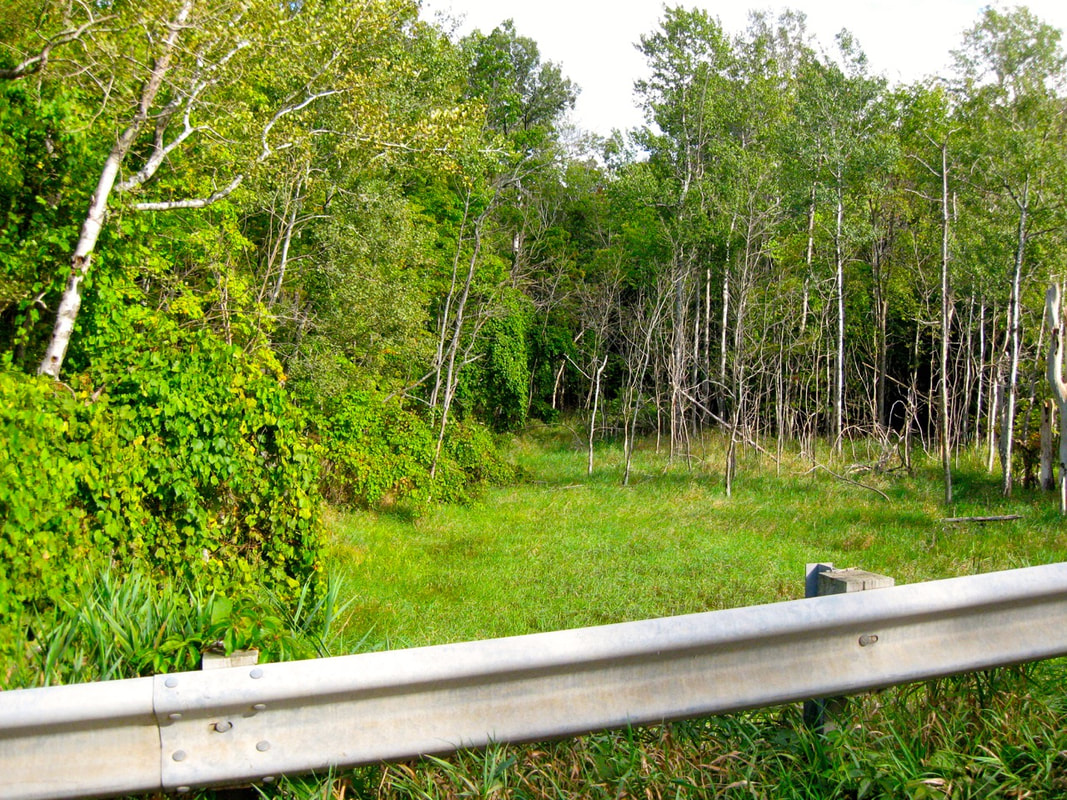 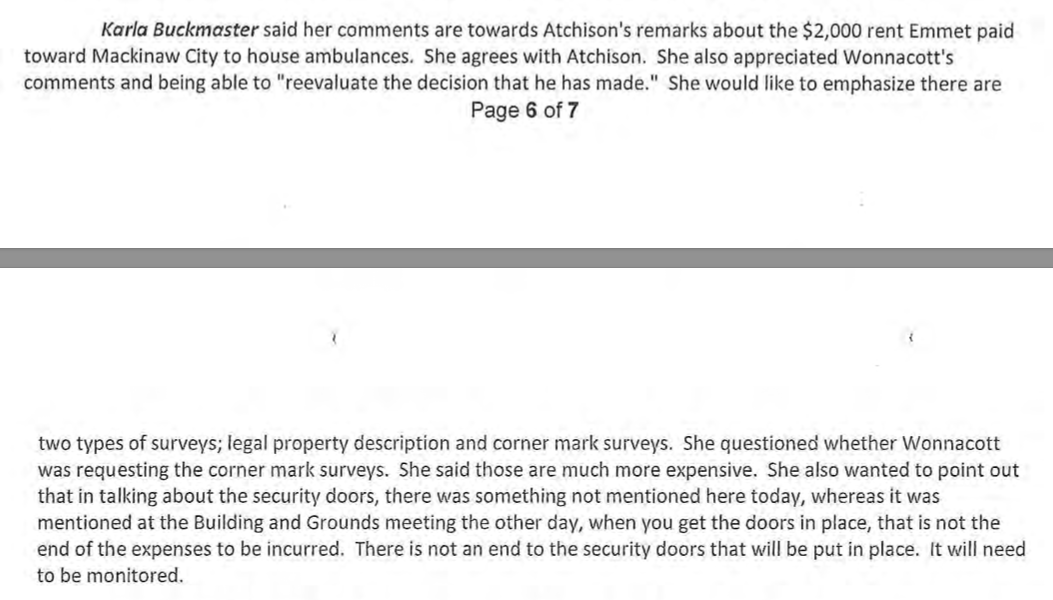 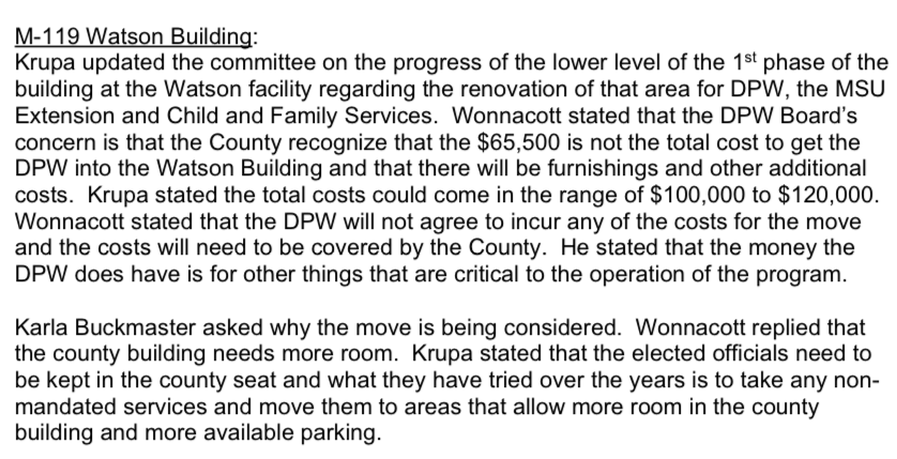 The following was written in a 10 May 2017 E-mail to two Emmet County commissioners, and to the county administrator Marty Krupa, in regard to an upcoming agenda:

Because not everything listed on the May 11, 2017 agenda below has been discussed in an open meeting, and because you,..., often do not allow members of the public to ask questions in an agenda timely manner, I ask PLEASE that you will give further explanation to my comments/questions below when you present the agenda item to the public. I’m certain that if I am in need of more explanation that others will be as well.

Perhaps you would have been giving further explanations of the agenda items anyway, but my concerns are written below in red. 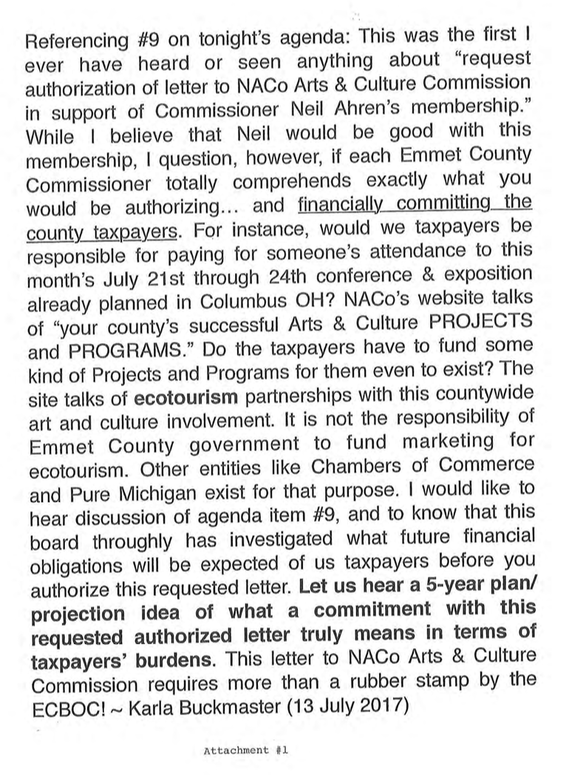 13 December 2012 ~ ECBOC Meeting Minutes
According to Yo2Mo's own Facebook page at the time of the above county meetings, Yo2Mo had been founded 6 October 2012 (2 or 3 months prior). The Facebook page no longer exists in 2017.

Only about one commissioner asked a question about the entire proposed mobile application concept, and probably/obviously did not understand the concept even after receiving an answer. The commissioners quickly unanimously voted to give Yo2Mo $36,000.00 to develop an internet application for the county. Mobil devices would go to a website to download the app, and THEN, the mobile device could be used to recognize the logo for Emmet County that was to be placed on fabric bags which the county purchased. After the logo was recognized, the app would play videos having to do with the county.

Those questions were soon answered for special people attending the Chicago boat show. The Traverse City Yo2Mo associates joined nine other Emmet county staff and elected officials by attending a boat show in Chicago. No other Emmet County businesses, however, were invited to attend the boat show to promote their own business. At the boat show, the Yo2Mo associates could tell people to download the application AND tell people that the county logo on the bag was similar to a QR Code. After that, the viewer could see videos that the county staff had prepared... not Yo2Mo.

It seems that within the next year to year and half, the county commissioners had no report regarding this action, other than Yo2Mo was no longer available to the county.

In the beginning no other company than Yo2Mo was sought because of the time limit with the upcoming boat show, plus no other company was known to do this. What a perfect example of an extreme lack of "vetting" in multiple ways! Contemplate that Yo2Mo had friends of county friends with influence on the county votes. Bye, Bye, $36,000.00 +++ of the taxpayers' money. 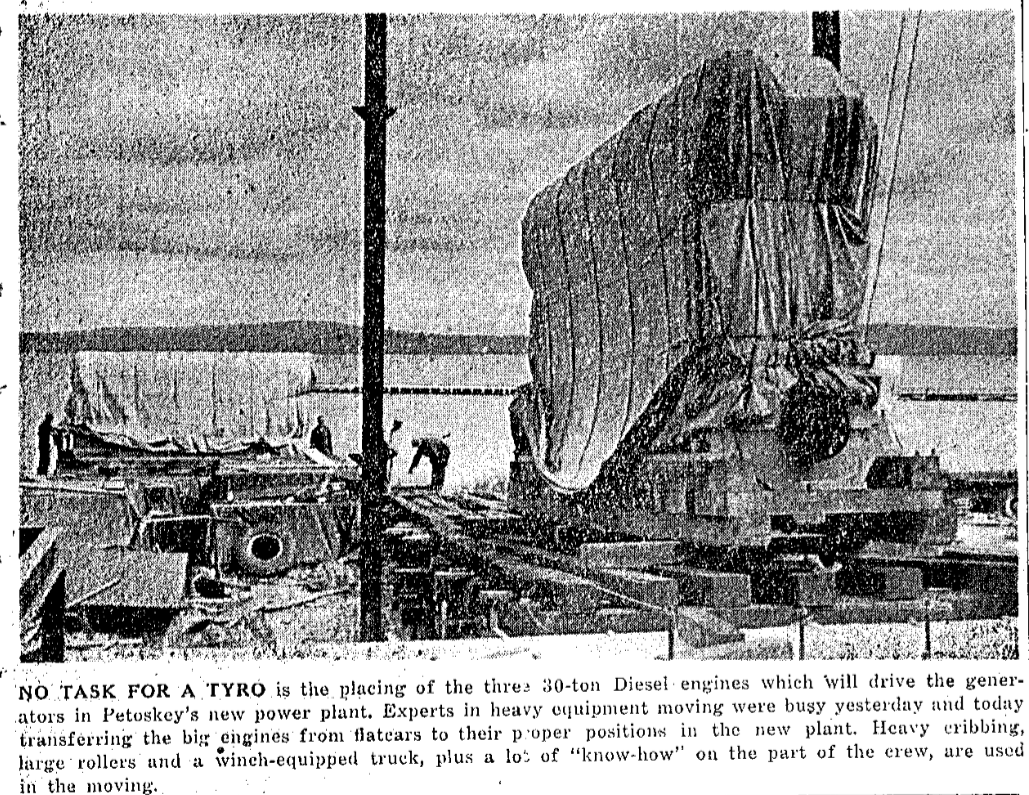 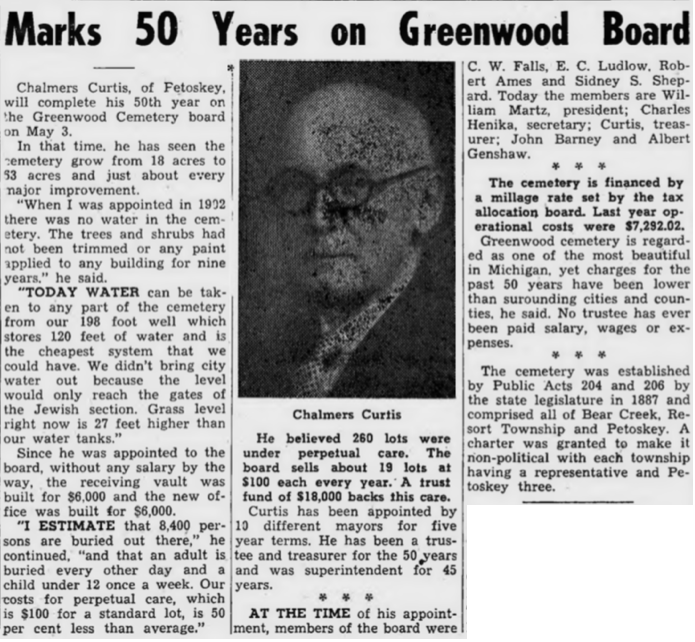 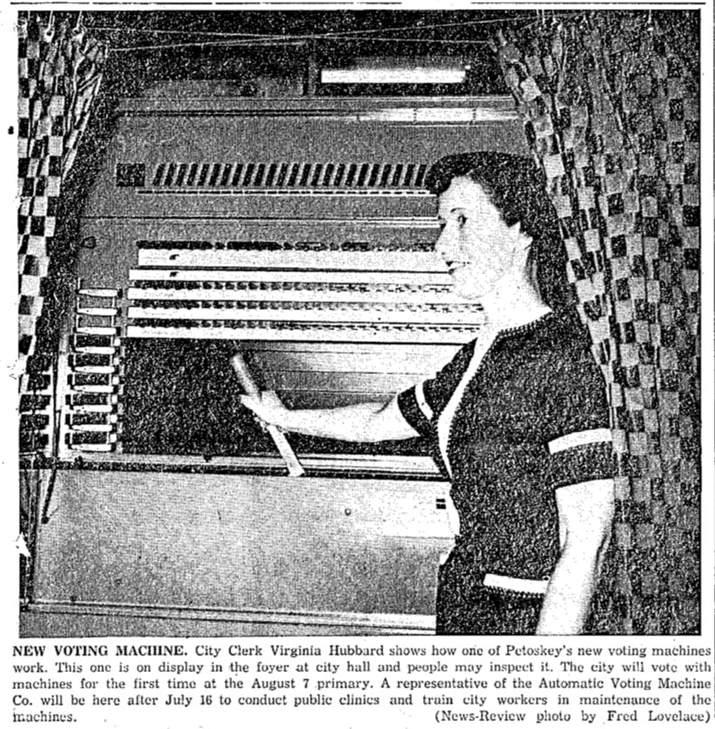 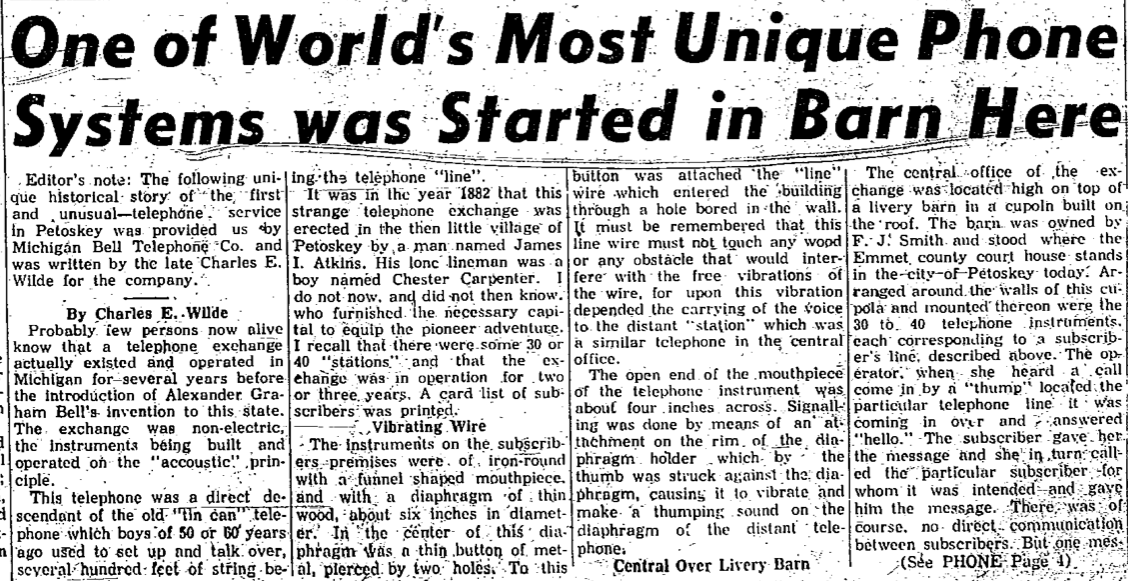 20 July 1982 ~ Petoskey News Review
~ 45th Parallel Cairn ~
Cairn HIghway, Elk Lake, Michigan
This rock cairn monument includes specific boulders from each of the state of Michigan's 83 counties.
The cairn is located on the 45th parallel on Cairn Highway near Elk Lake, MIchigan.
It is a tribute to Hugh J. Gray, the founder of an early state tourism association.
Photo Below: OLD Postcard of the 45th Parallel Cairn near Elk Rapids, Michigan...
bears the Emmet County Rock as shown in the photo above. 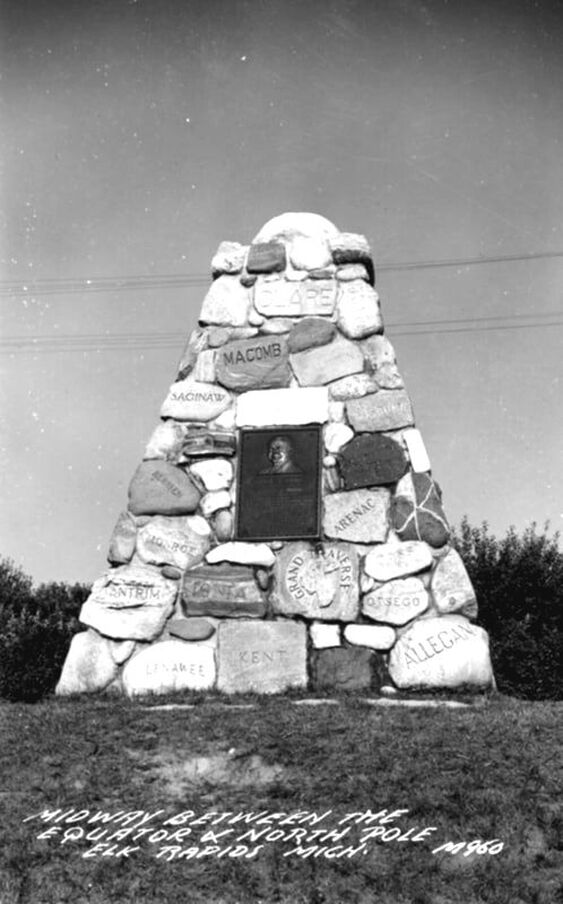 23 May 2016 ~ E-mail addressed to an Emmet County commissioner... in reference to Brownfield funds available
~ Poverty ~ 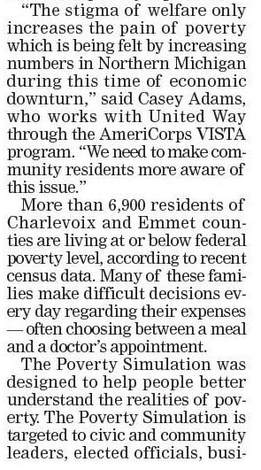 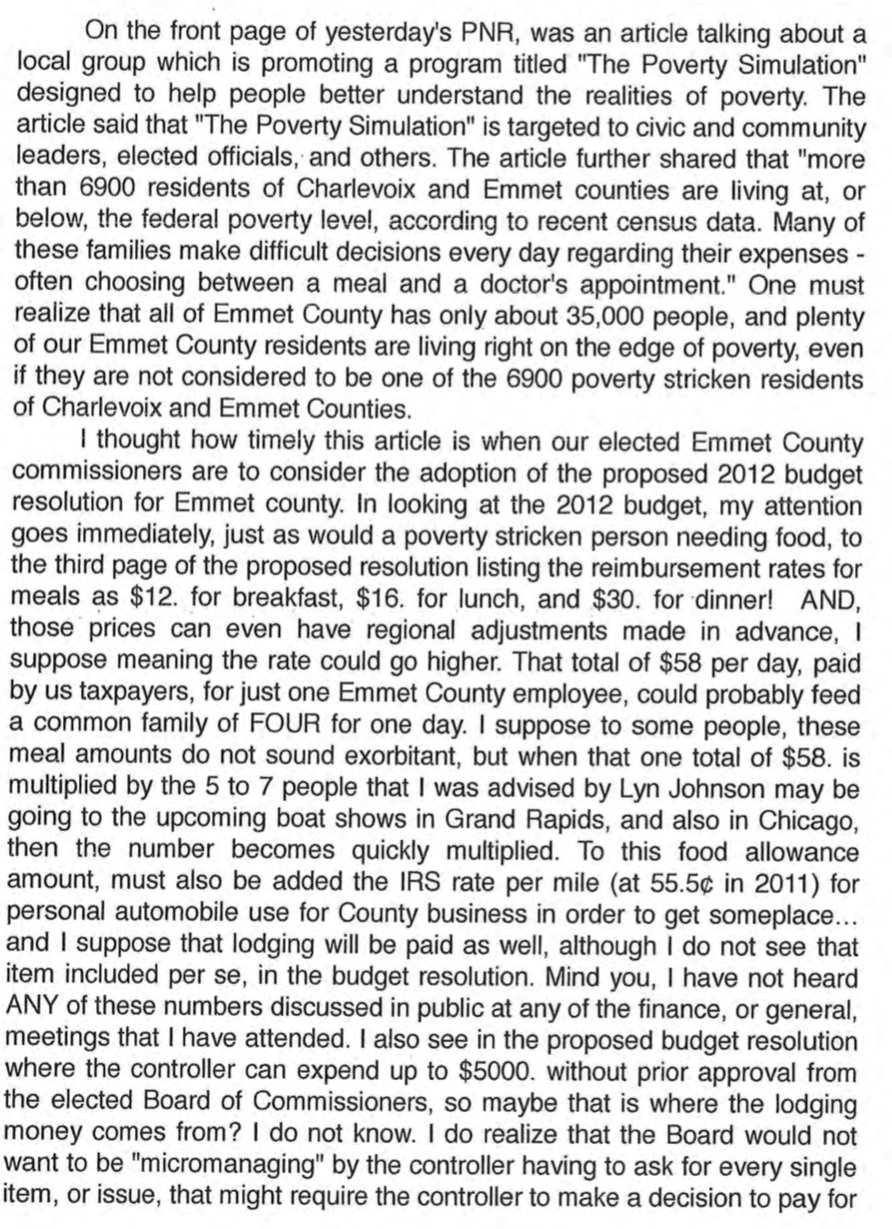 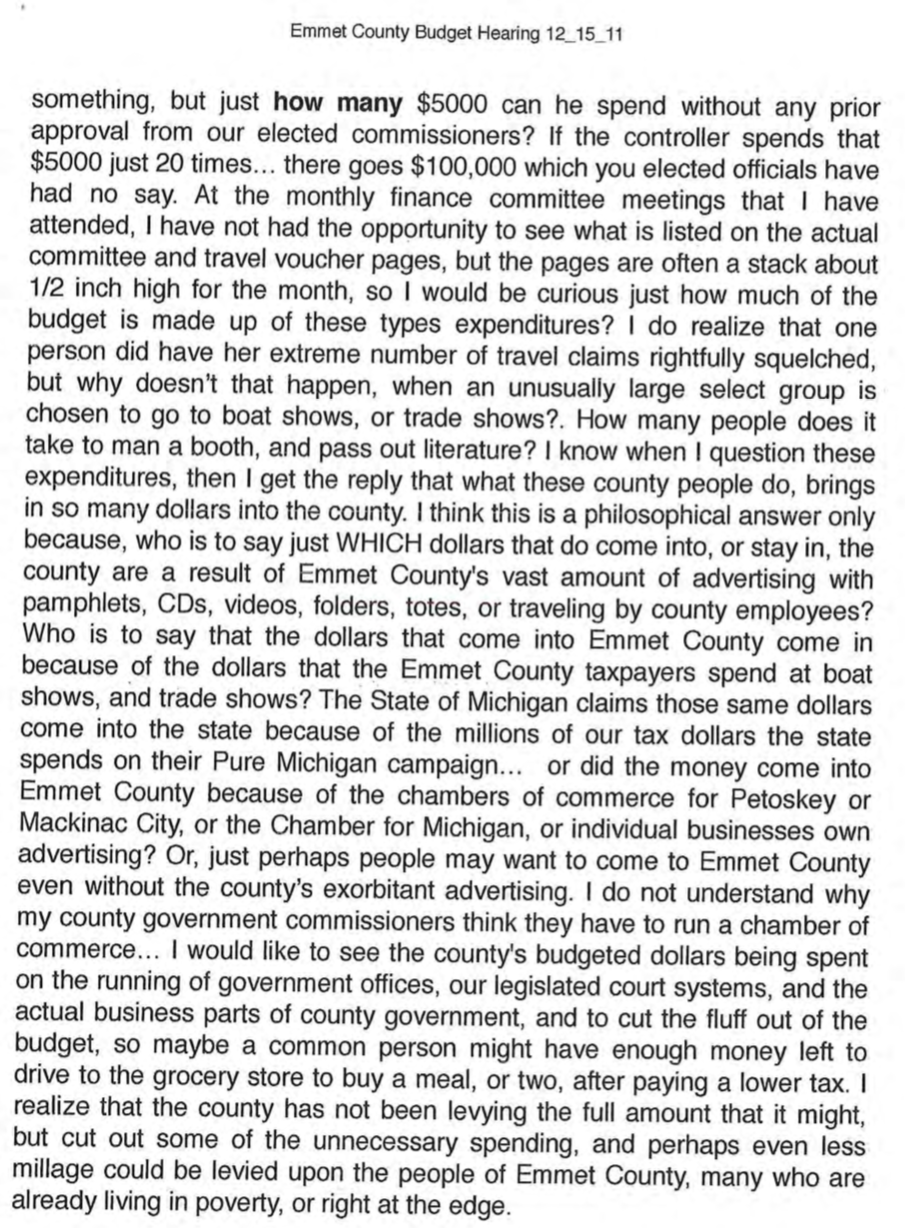 14 May 2014 ~ E-mail addressed to an Emmet County commissioner... in reference to unjustified commissioner travel expense
To view the letter, the travel voucher, and Fax Cover Sheet referenced above,
visit minutes for the Finance Committee in the archives of the Emmet County web page.
~ Veterans ~

11 November 2015 ~ E-mail addressed to an Emmet County commissioner... in reference to the office hours, being lacking, in the Veteran's Office
Two years later... following a new ECBOC...
FINALLY new hours and other welcomed changes!