~KEGOMIC~
"an interesting suburb of Petoskey"

The text underneath the above "header photo" stated:

"Over three carloads [train carloads] of material were necessary to make the homes in the above picture, a few of the 38 homes of the Michigan Tanning & Extract Co. at Kegomic.

Eldon Nelson, owner of the Nelson Construction Company, in charge of the project, stated that new window frames, windows, sidewalls and shingles will make all the houses in first class repair, a total of 600 squares of shingles alone was used.

'It is expected to complete the balance of the 328 houses by the first of the year. We are, however, doing considerable concrete work not at the plant.'

It was stated that the Nelson Construction Company has an average of fifty men a week on their payroll with wages mounting to the $2,000 per week mark.

The concrete blocks etc. were purchased from the Northern Concrete Products Co., with the shingles from the Zipp Lumber Co."

~~ Review Photo-Engraving
The design and compilation of the text and photos on this site are copyrighted 2017.
Please do not copy the photos on this site, many of which have been submitted by private individuals...
just come back and visit the site often to view the photos. 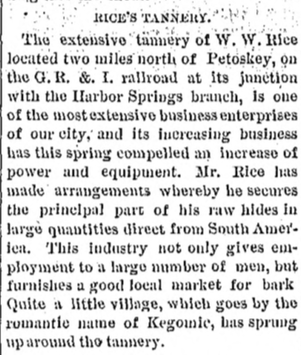 7 June 1890 ~ The Daily Resorter
The photo below can be viewed larger by clicking:
~ The Employees of the Rice Tannery in Kegomic ~

16 March 1892 ~ The Petoskey Record
1896
~ Rice Leather Company ~
Part of the land that the Rice Leather Company owned was purchased in 1934 by the city of Petoskey which named it the Petoskey Bathing Beach. The state of Michigan purchased the land from the city in April of 1968.... receiving the title on 21 May 1969. The campground opened to the FIRST campers in July 1970. In 2018, two camping sites are referred to as Tannery Creek (98 campsites) and the Dunes (70 campsites). 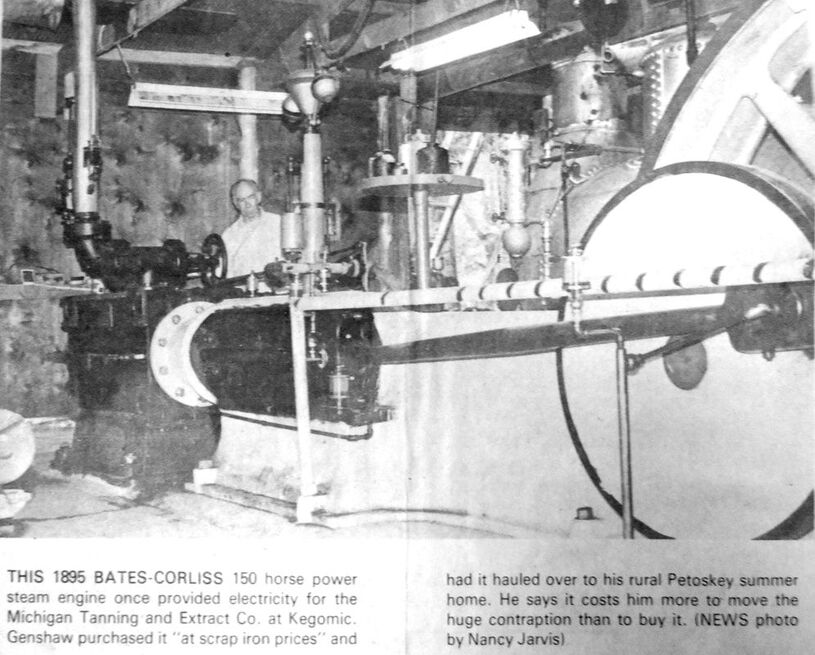 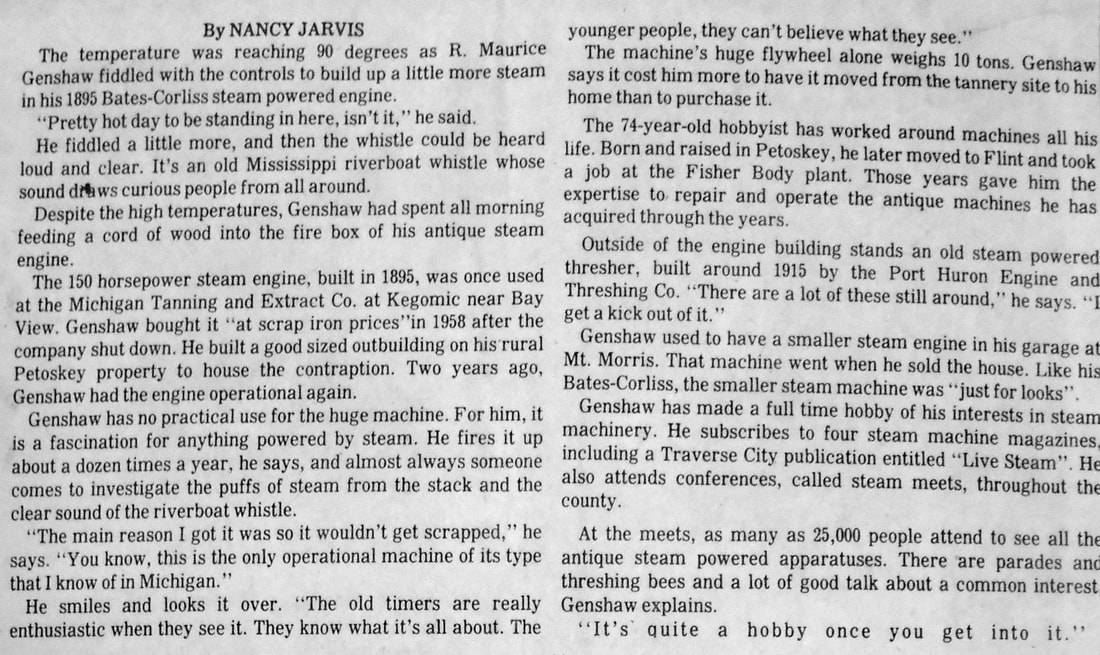 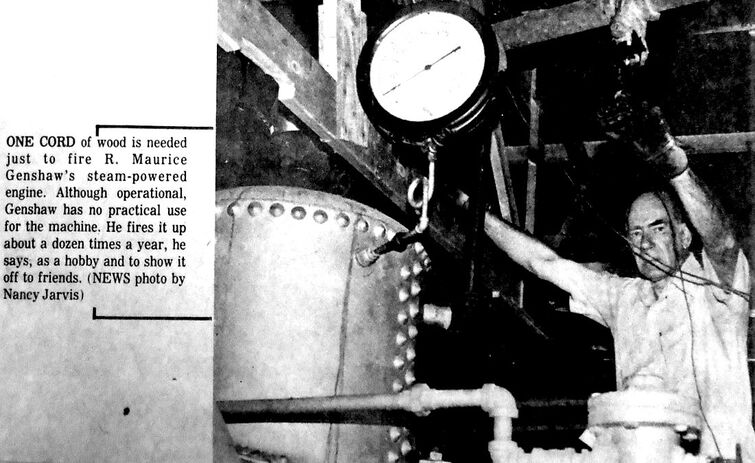 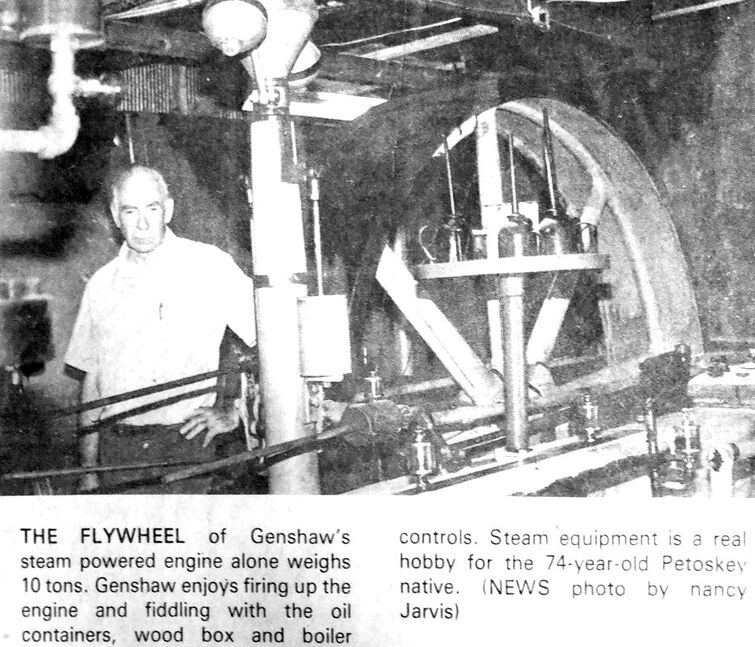 17 July 1979 ~ Petoskey News Review article continued from above 4 other clippings...
~ An Interesting Suburb of Petoskey ~
1901 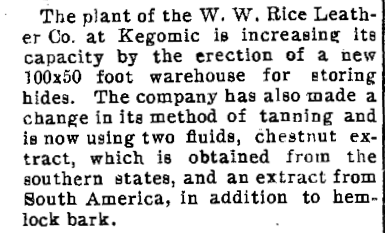 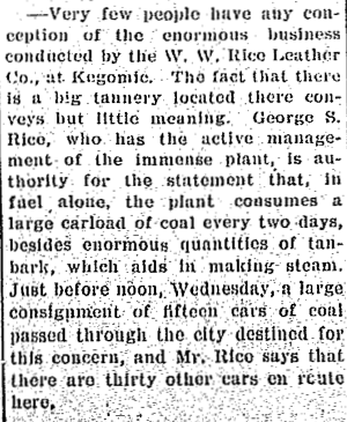 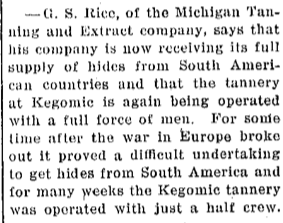 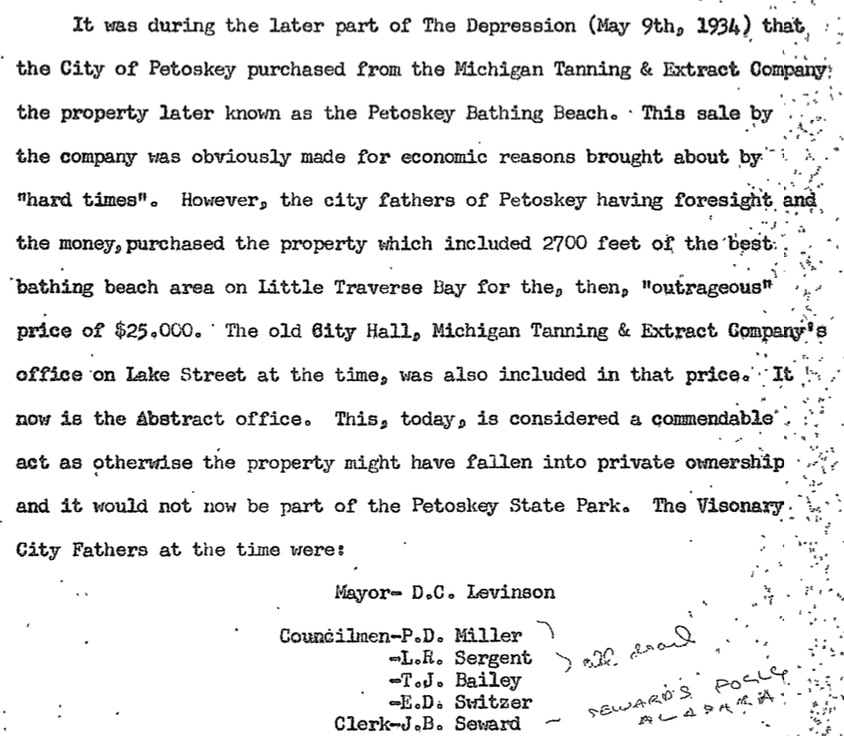 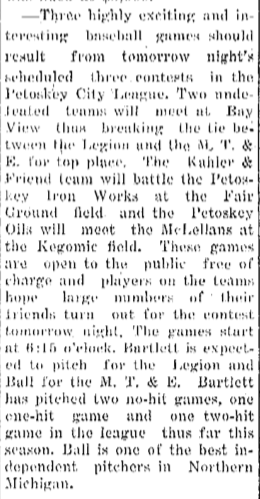 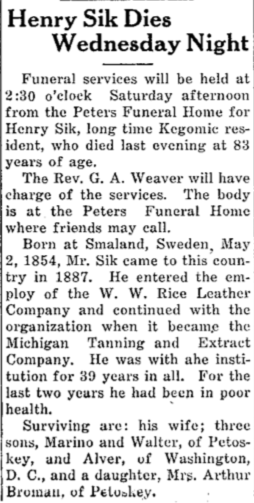 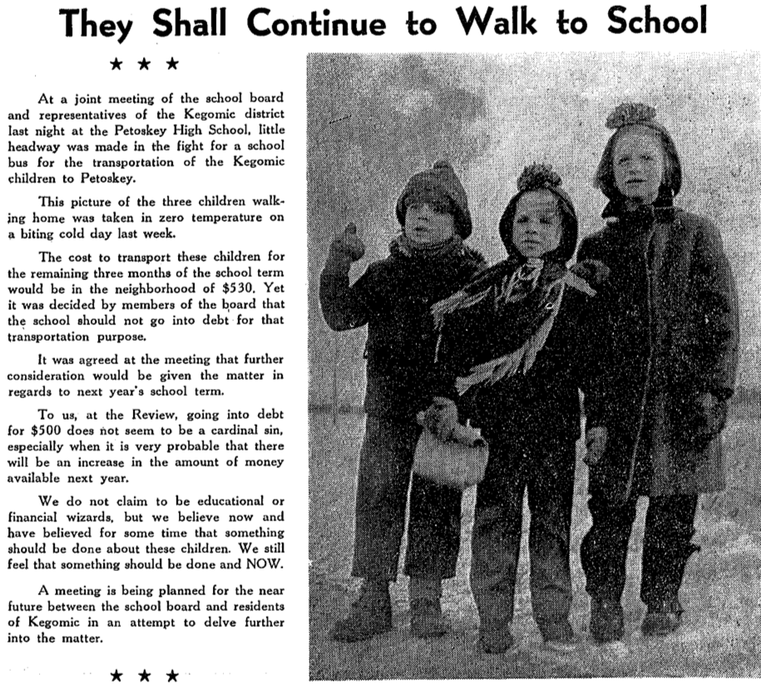 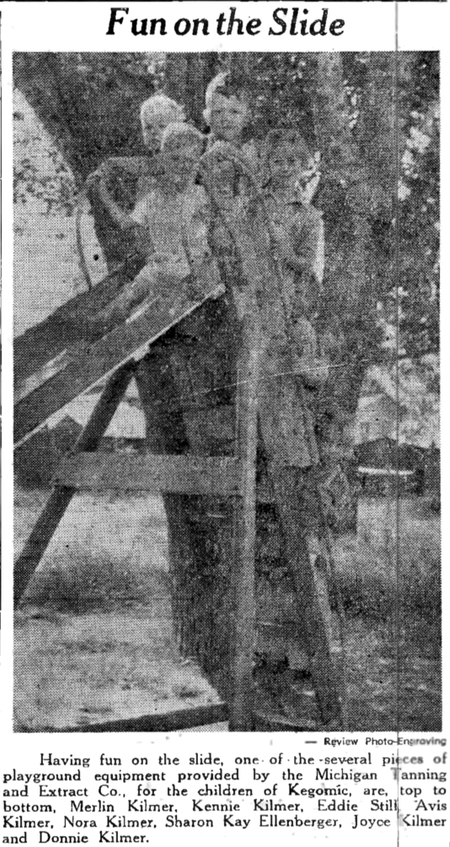 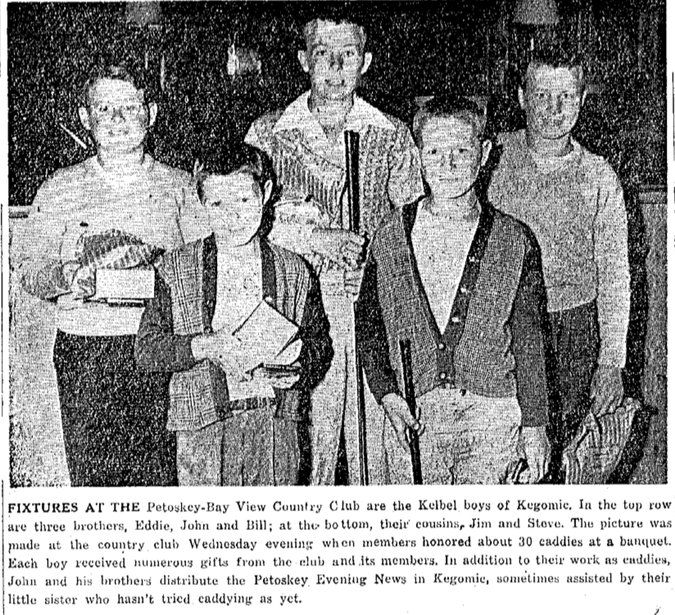 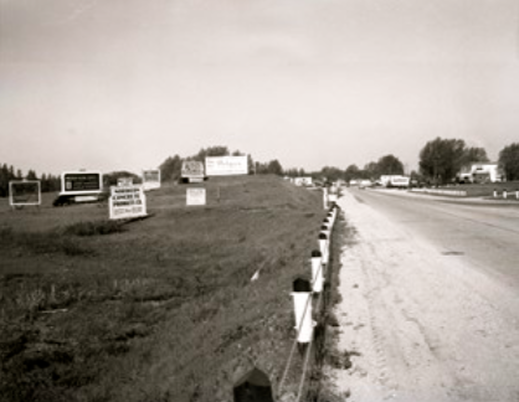 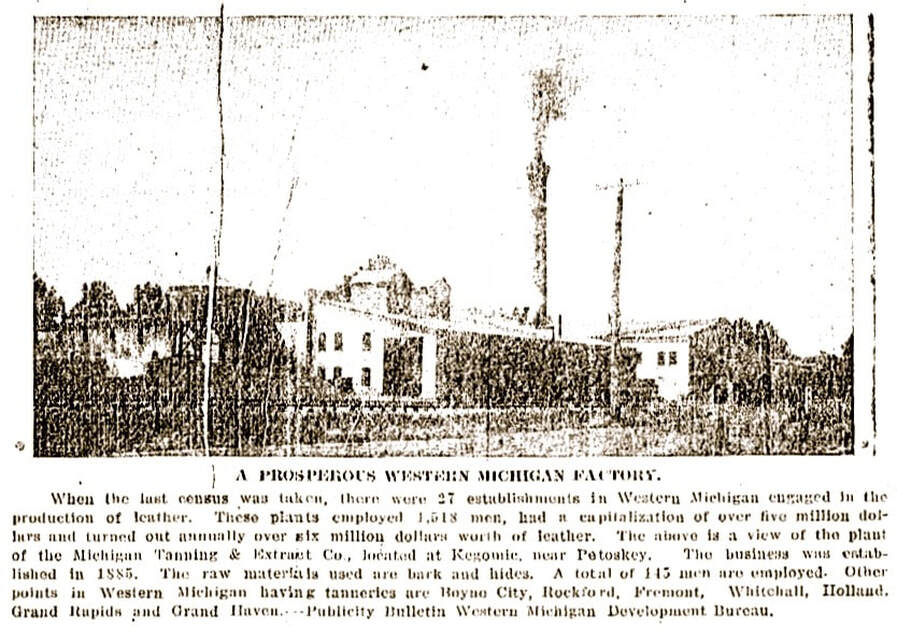 7 November 1914 ~ Petoskey Evening News
The 30 June 1938 Northern Michigan Review reported: "At this stage of history all city offices were scattered throughout the town. The need to centralize these agencies was apparent. Arrangements were made with the Michigan Tanning & Extract Company in 1934 to purchase their Petoskey office building on Lake-st. With this purchase the city acquired acreage on the shore of Little Traverse Bay, three miles north from the city, which has been improved into the Municipal Bathing beach. The total amount of money involved including the purchase of the Petoskey building, fully equipped, and the bathing beach property was $25,000." 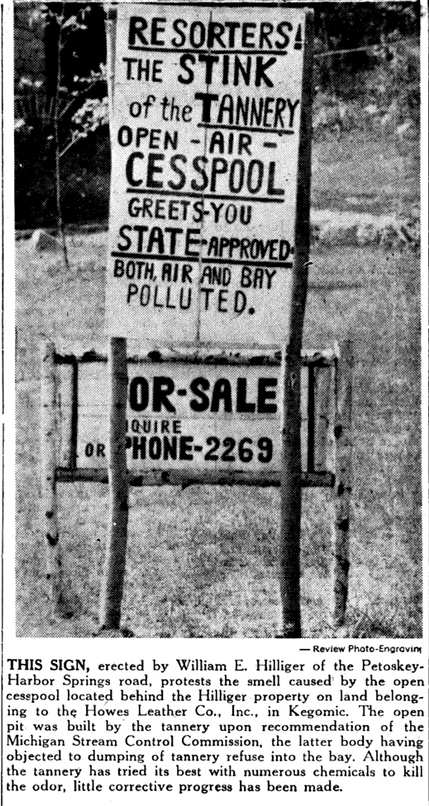 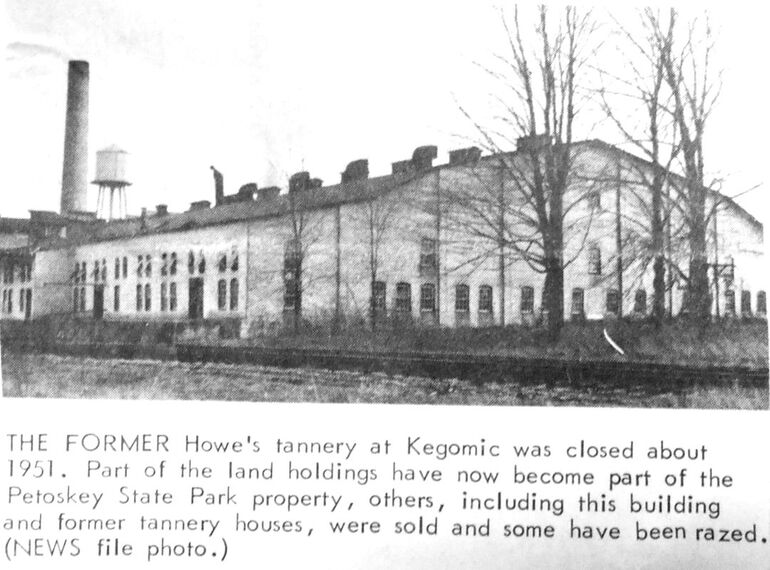 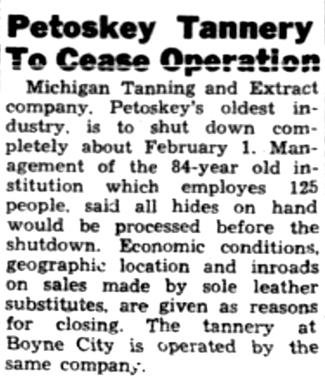 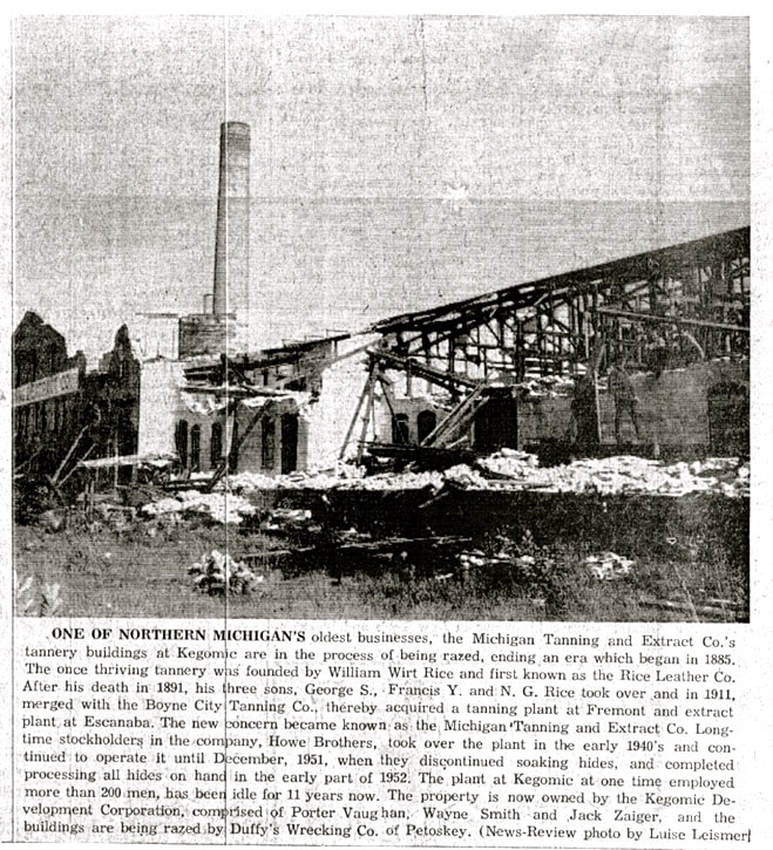 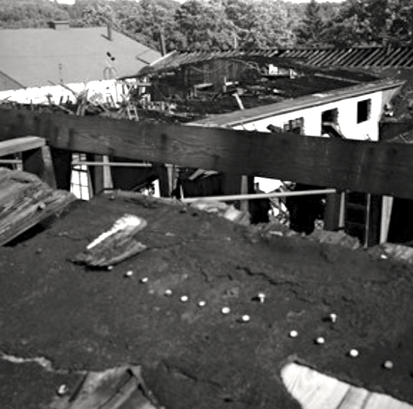 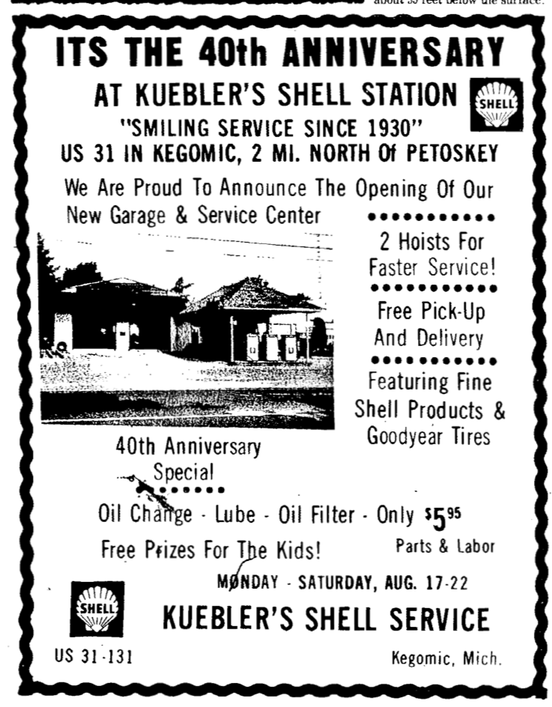 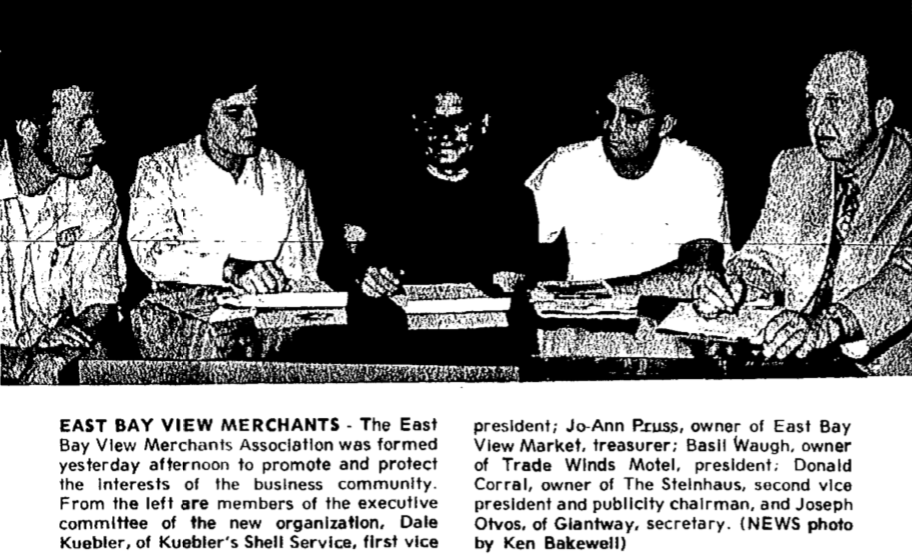 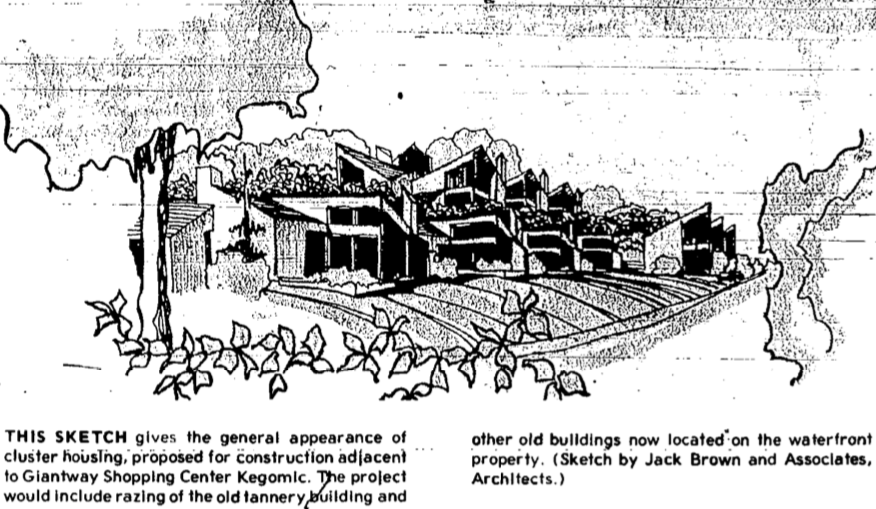 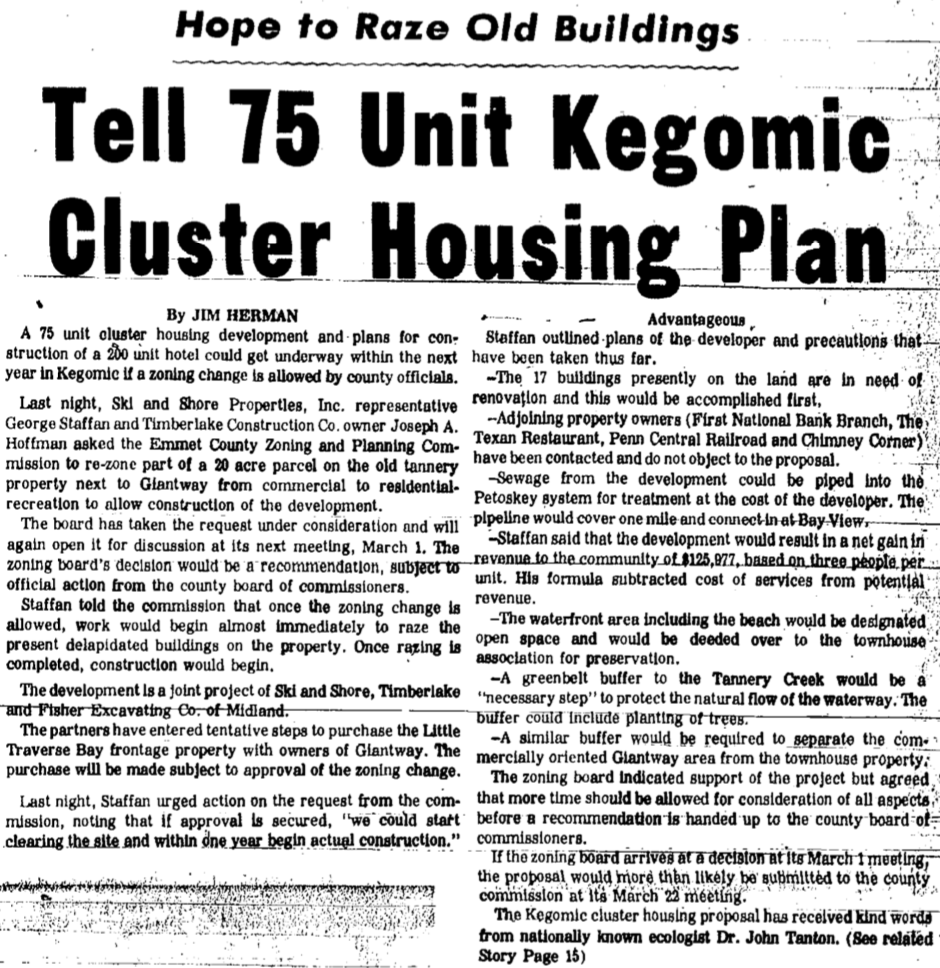 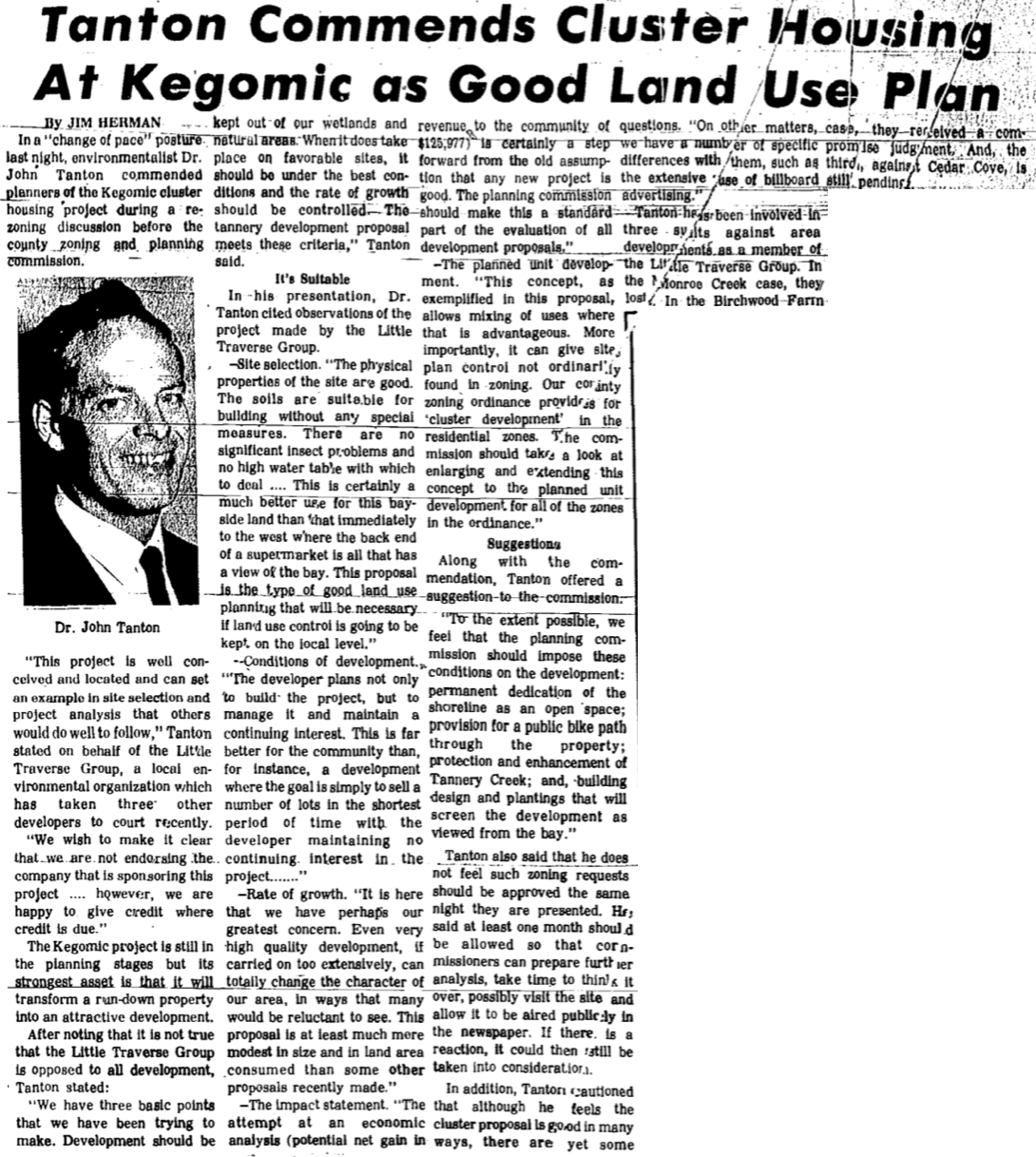 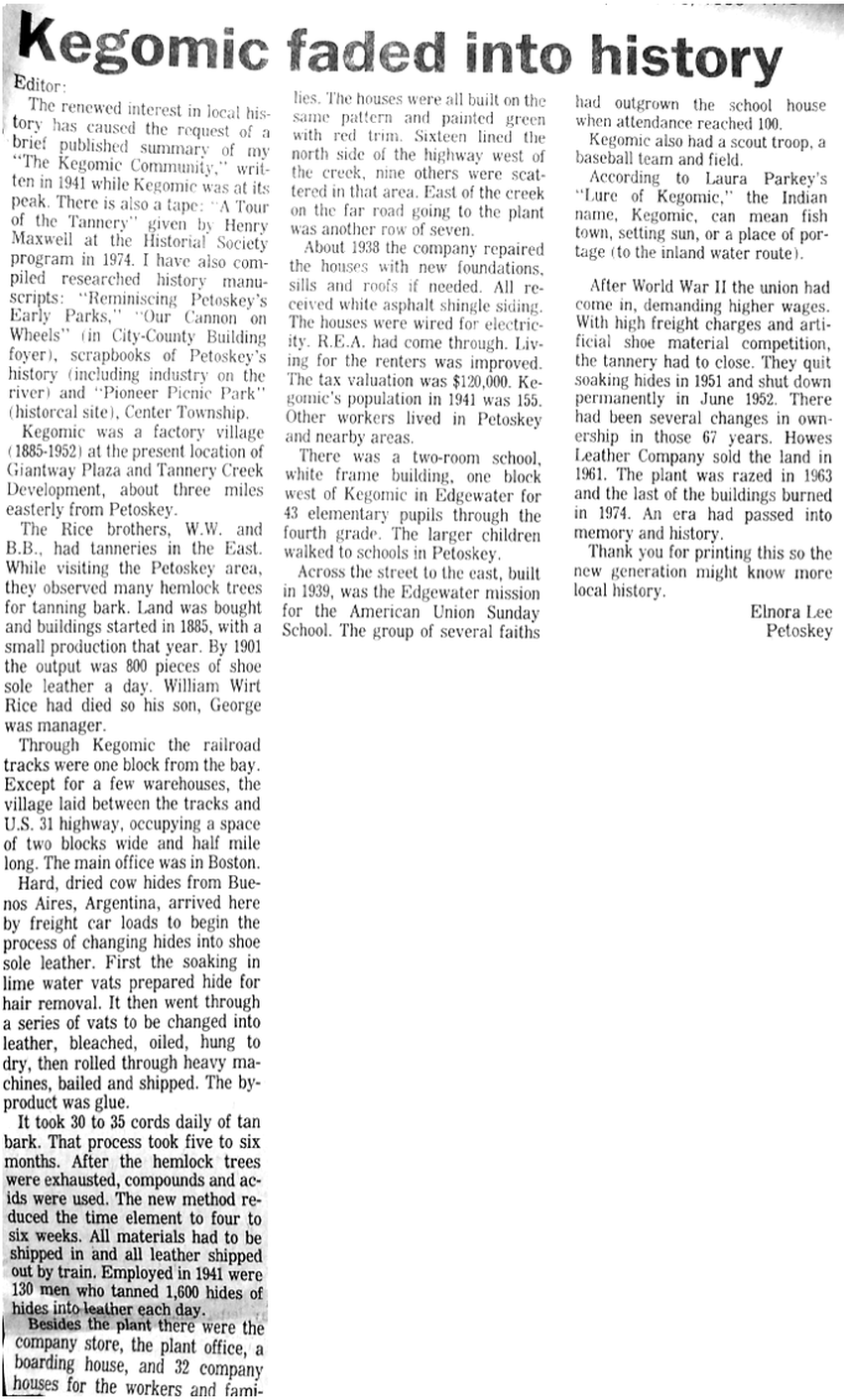