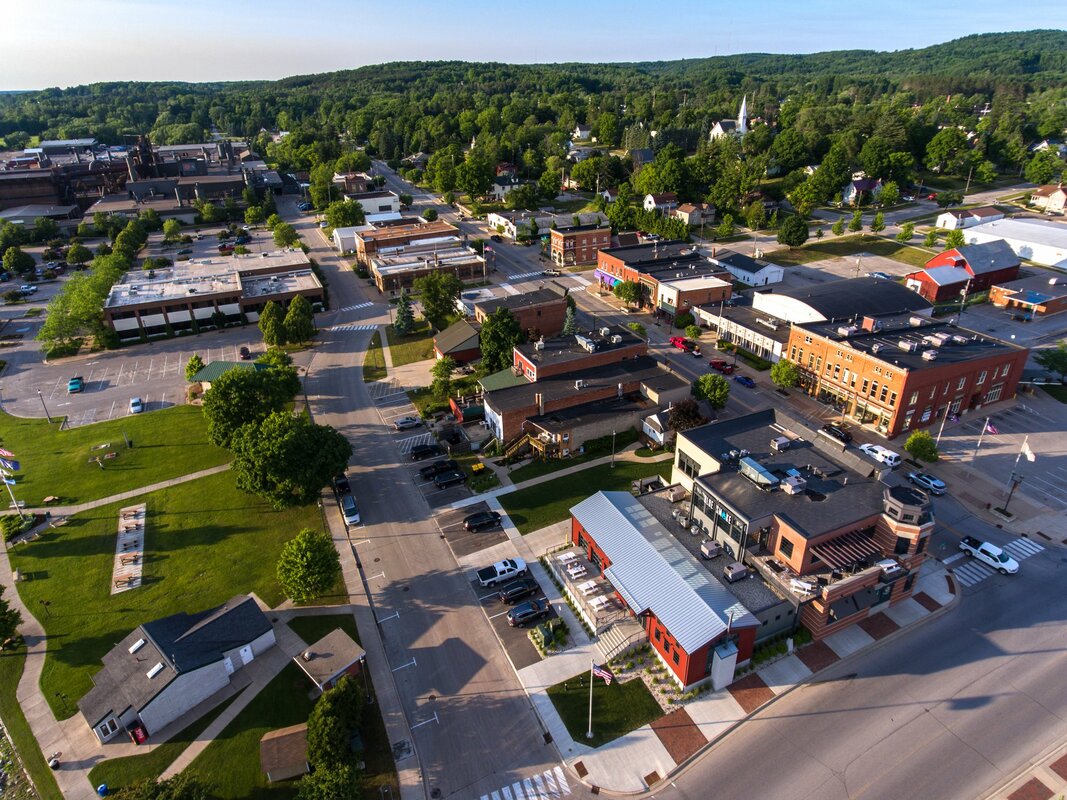 29 June 2018 ~ Photography of "Alex Childress Photo" posted here with permission...
Photo Above: Alex Childress' additional work also may be viewed at Alex Childress Photo.
The FIRST settler, William F. Empey, became the FIRST postmaster on 31 May 1873.
East Jordan incorporated as a village in 1887, and as a city in 1911.

How did EAST JORDAN get its name? 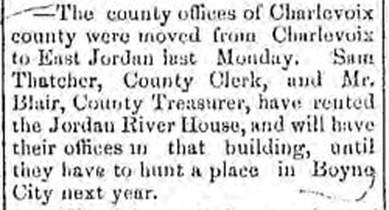 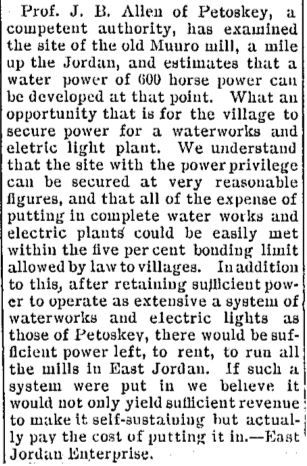 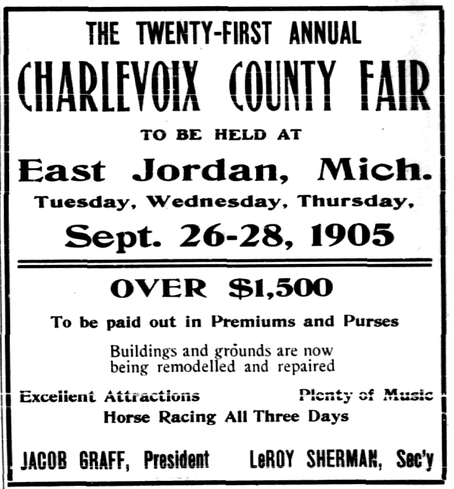 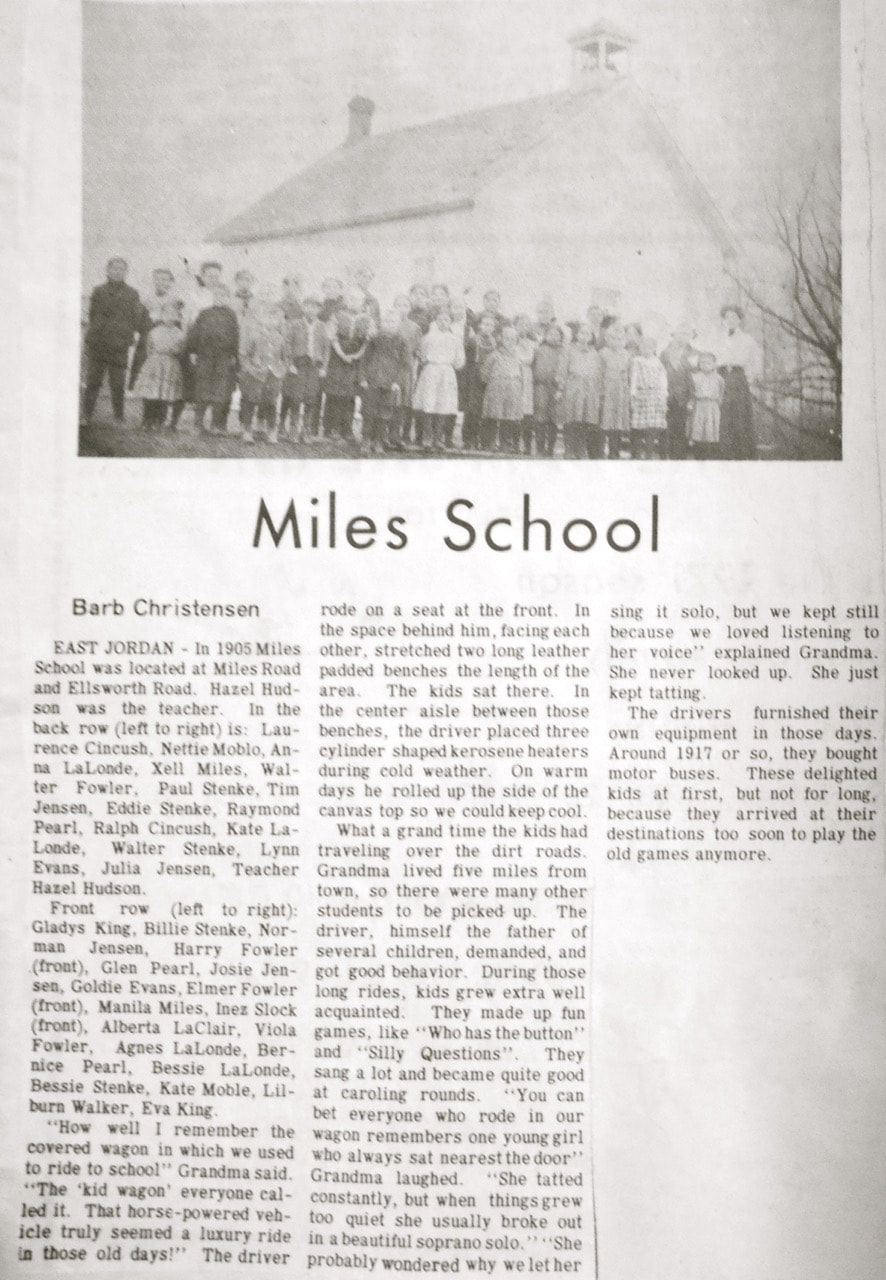 Clipping from an undated and unknown newspaper...
~ East Jordan has City Plans ~
1910 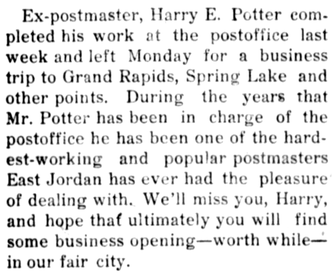 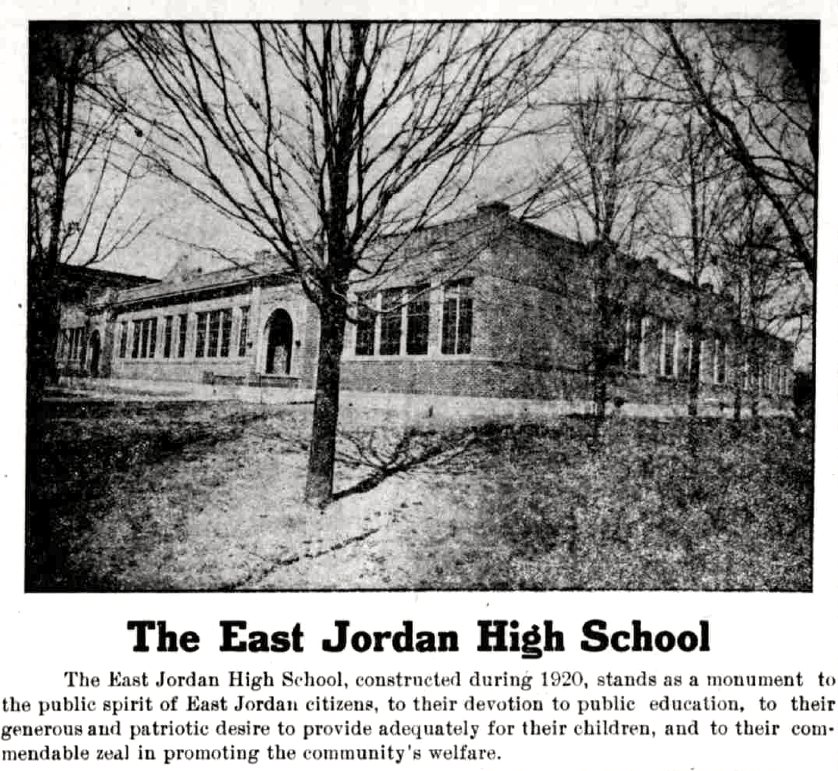 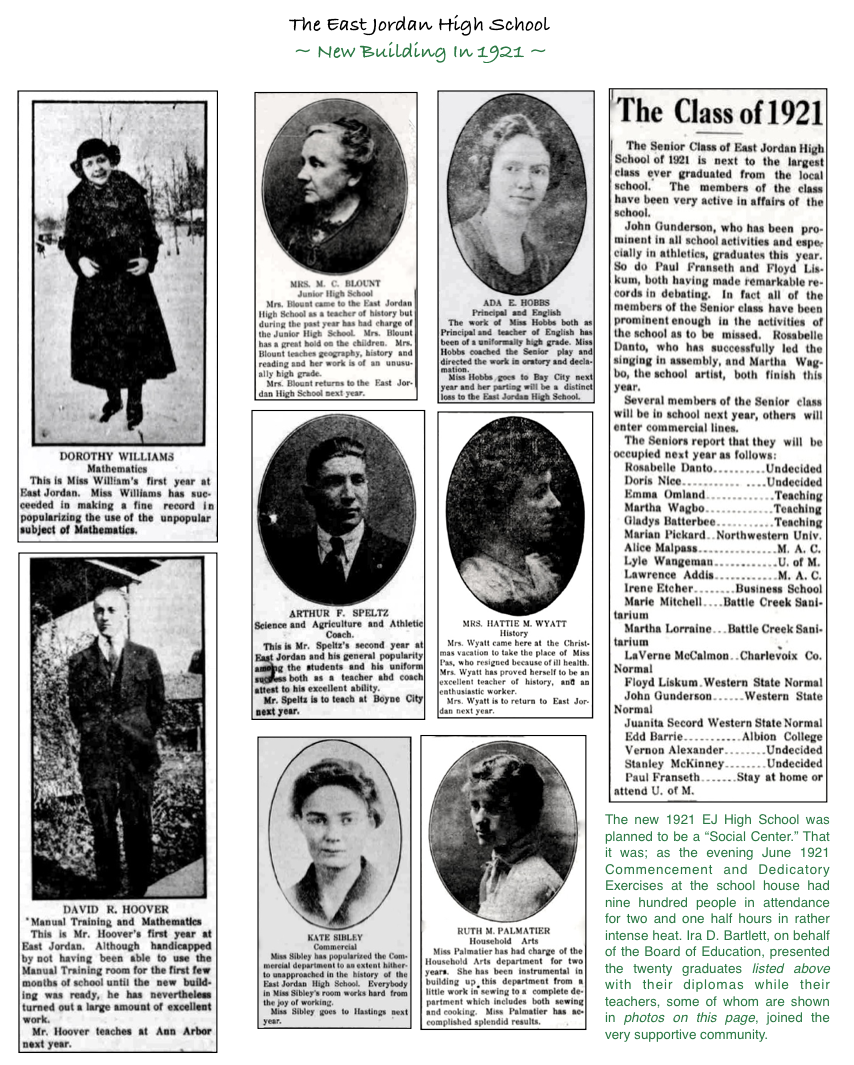 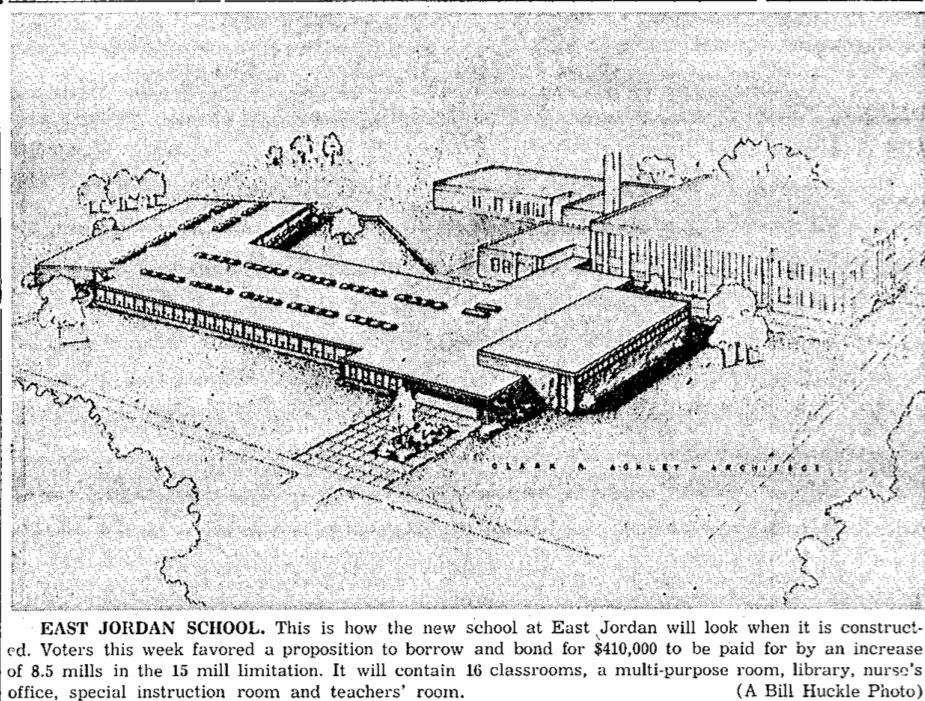 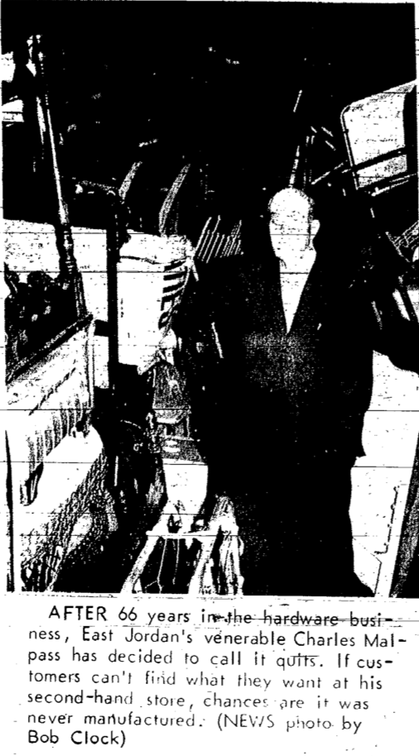 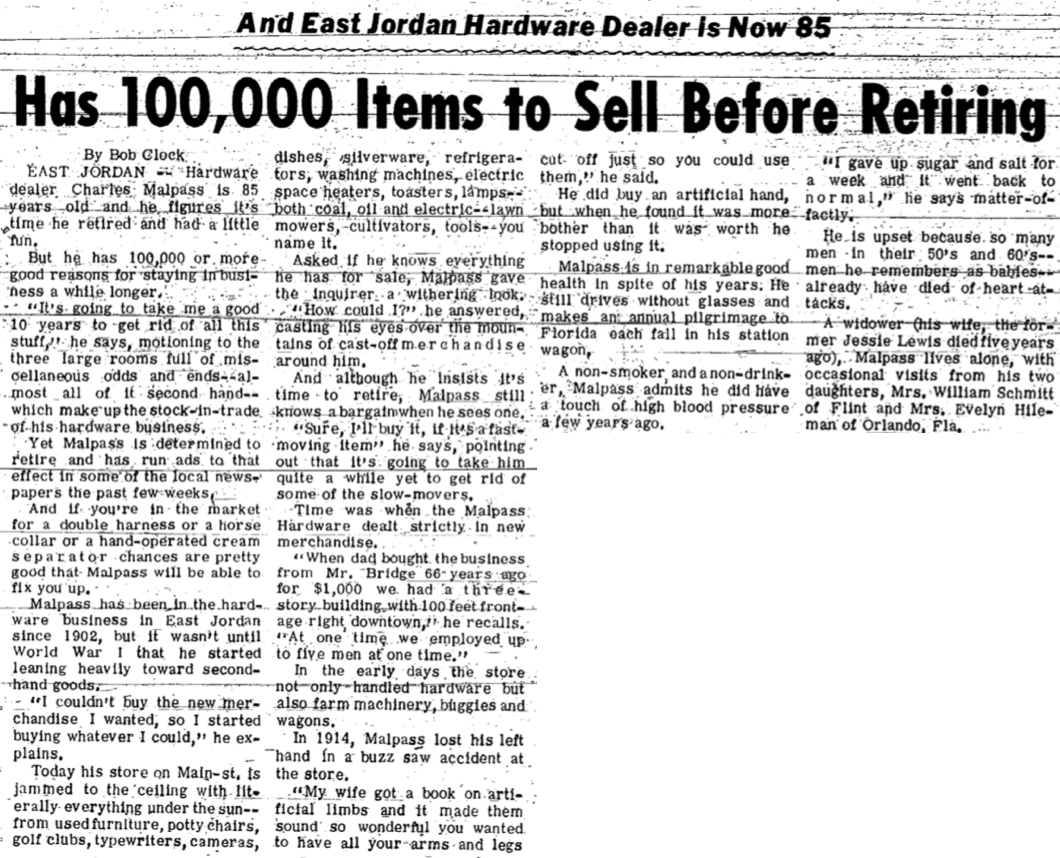 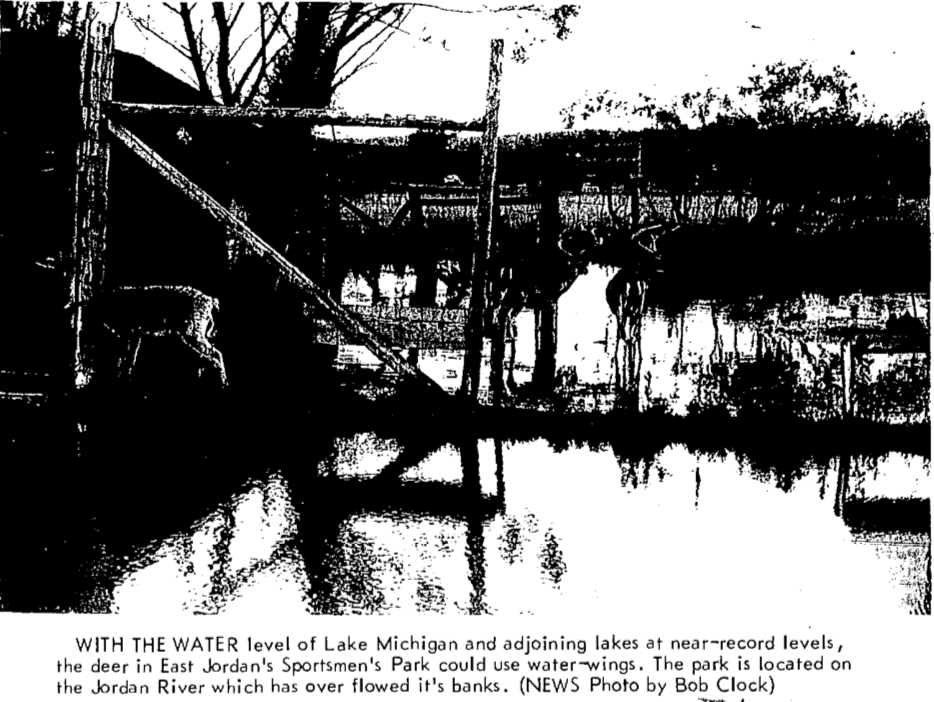 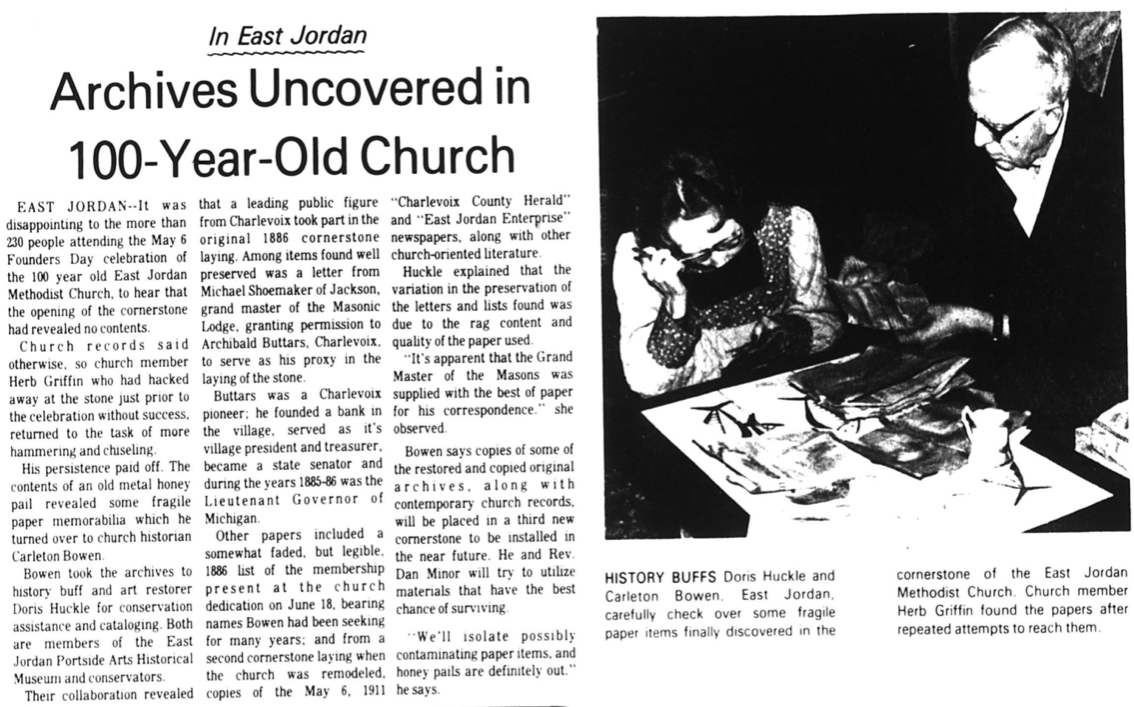 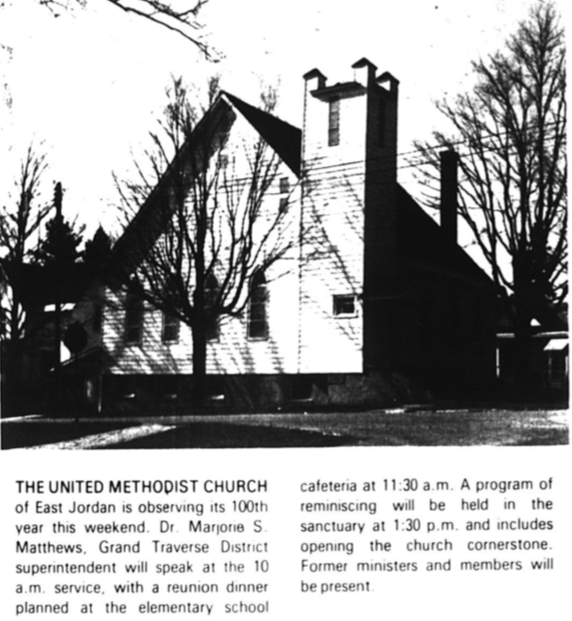 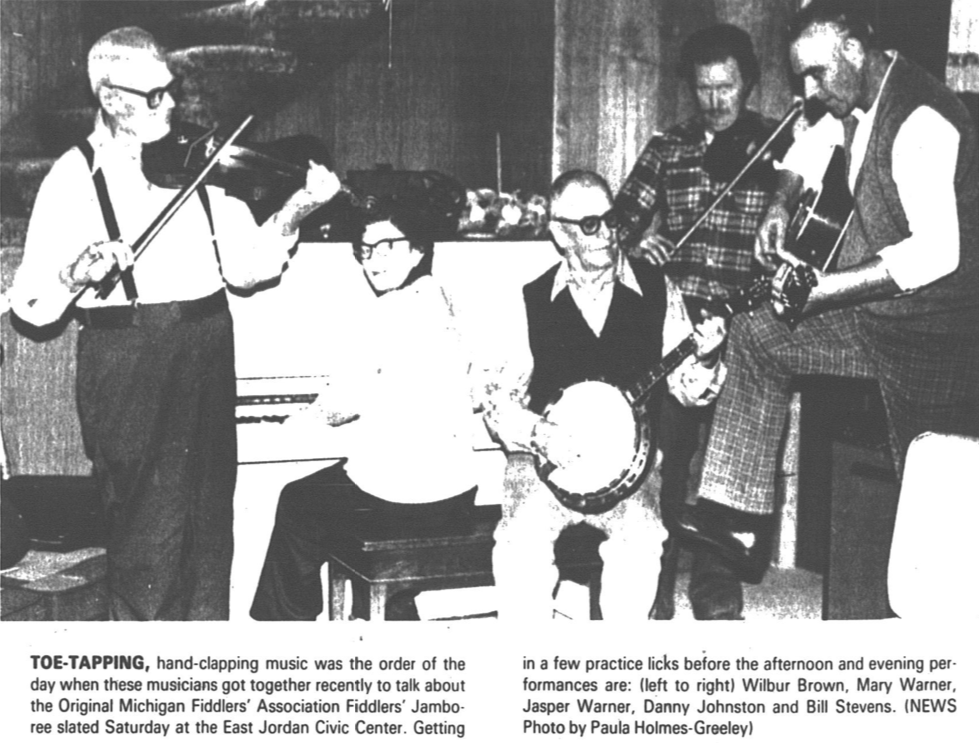 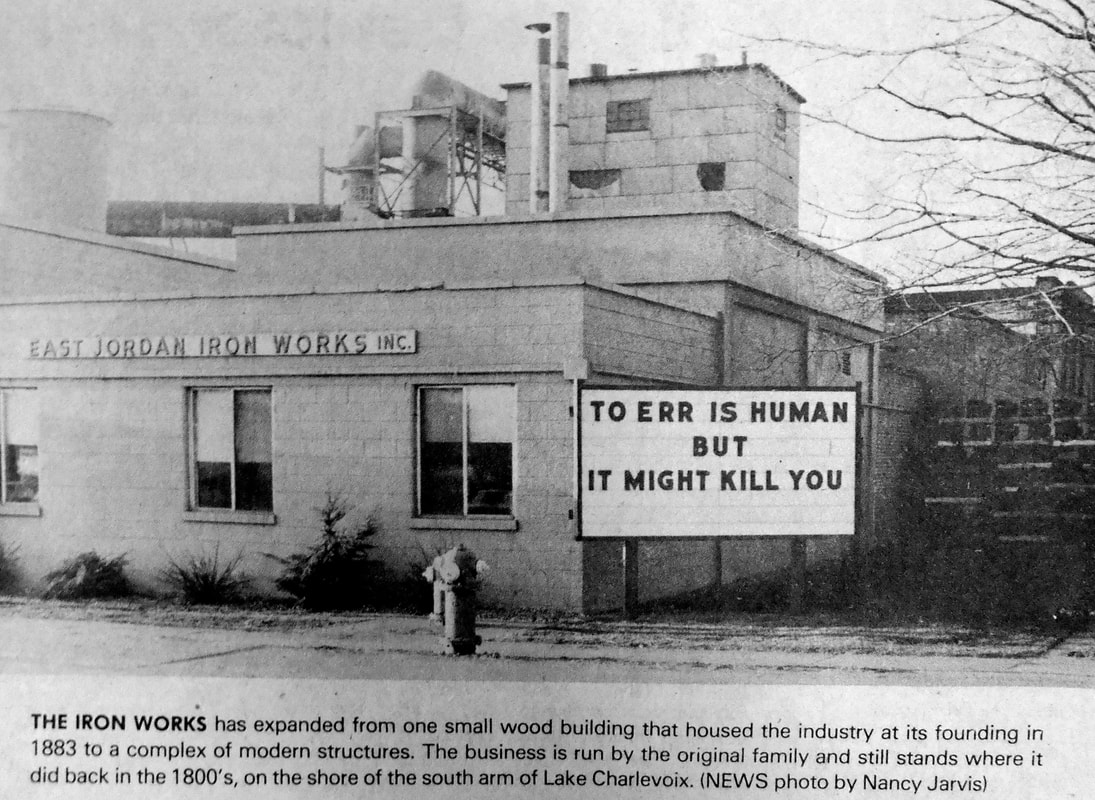 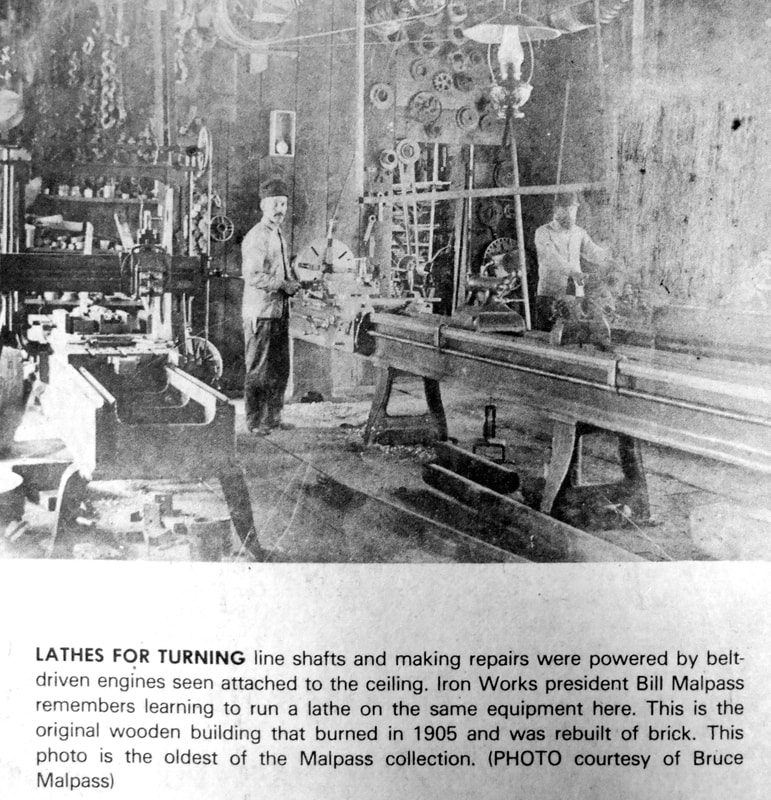 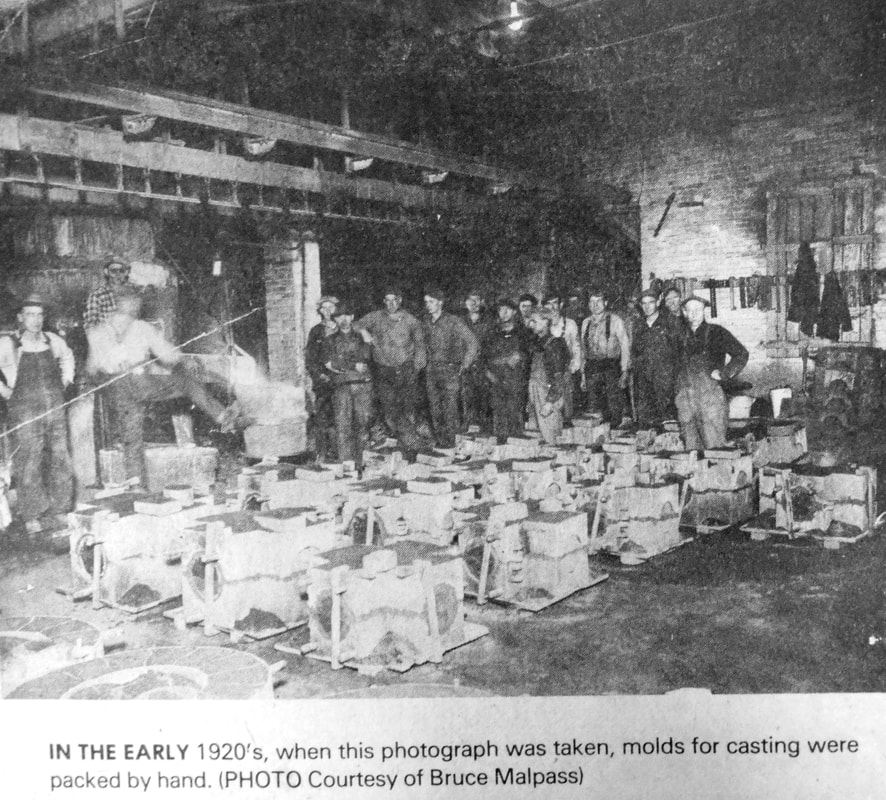 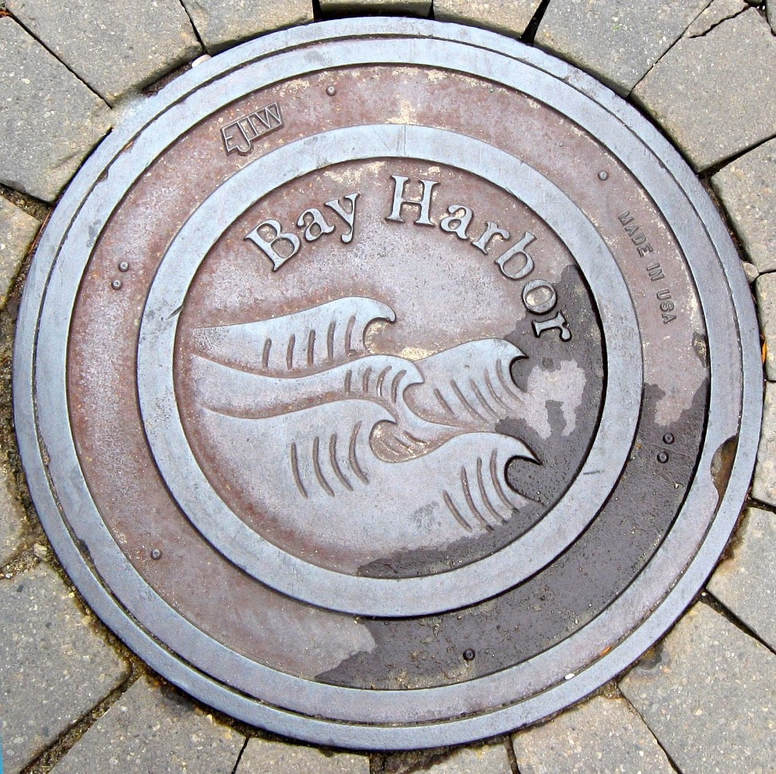 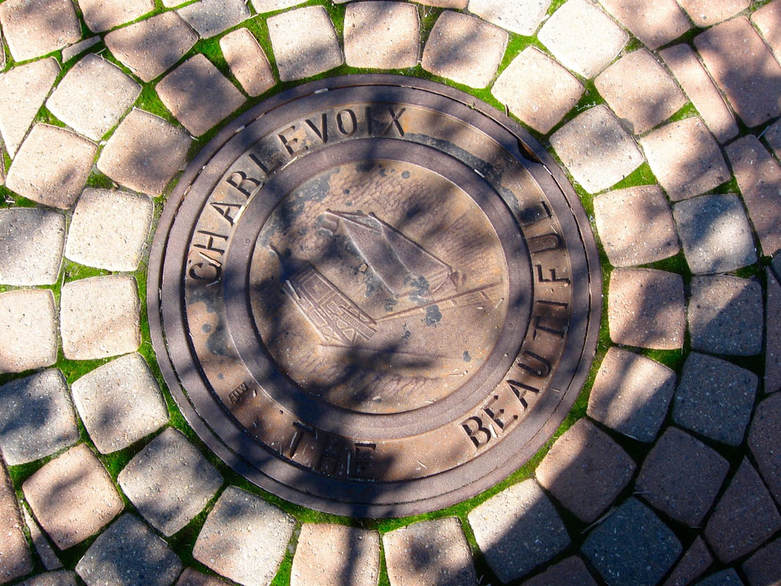 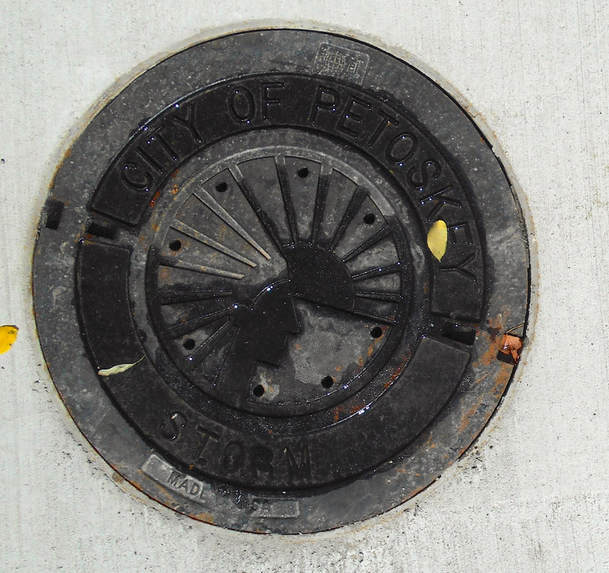 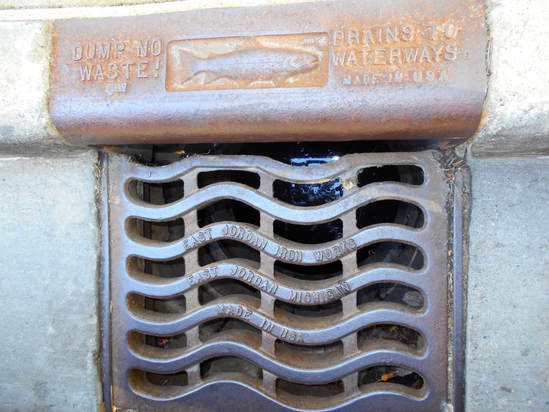 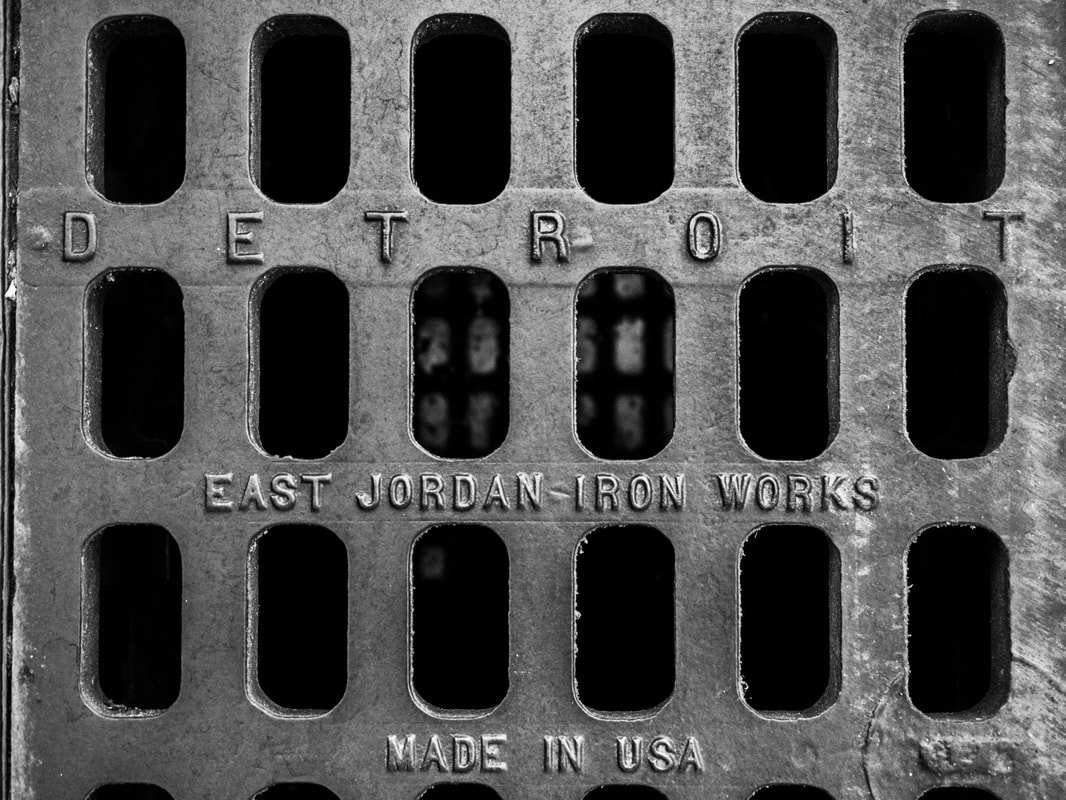 17 November 1990 ~ The Argus-Press of Owosso, Michigan
On 23 September 2016 the East Jordan Iron Works announced in the Petoskey News Review
that the foundry would be moving 13 miles east, but would be retaining its 350 jobs. 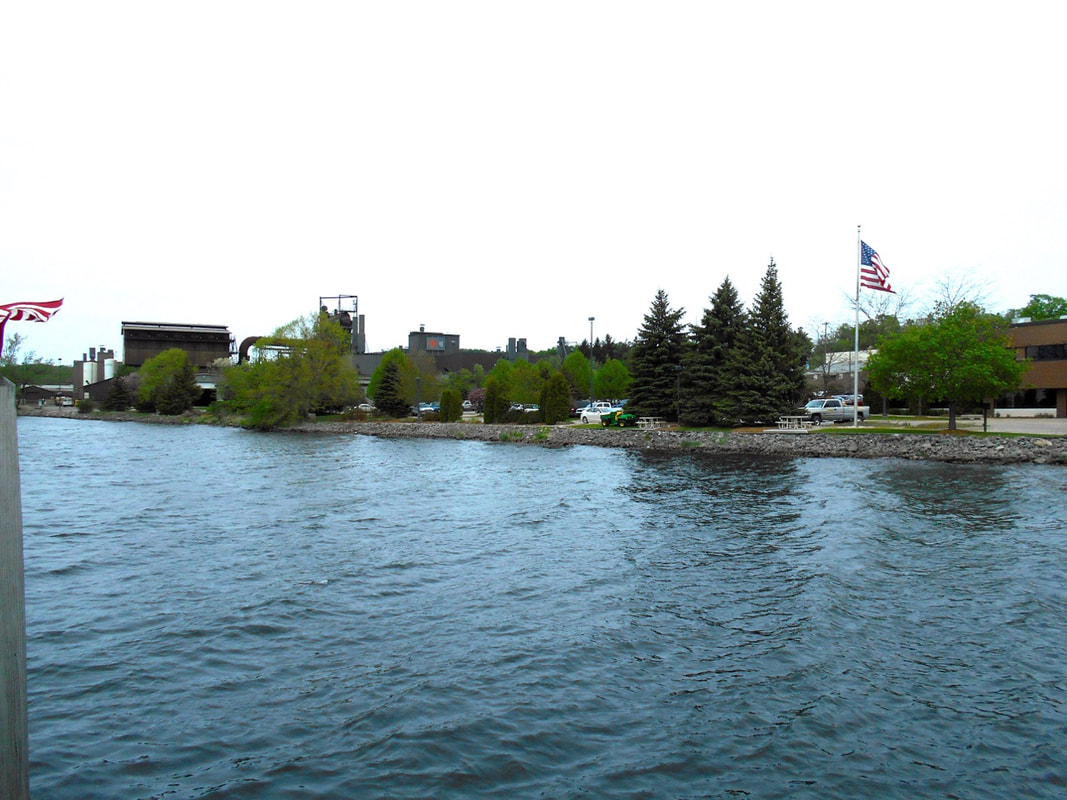 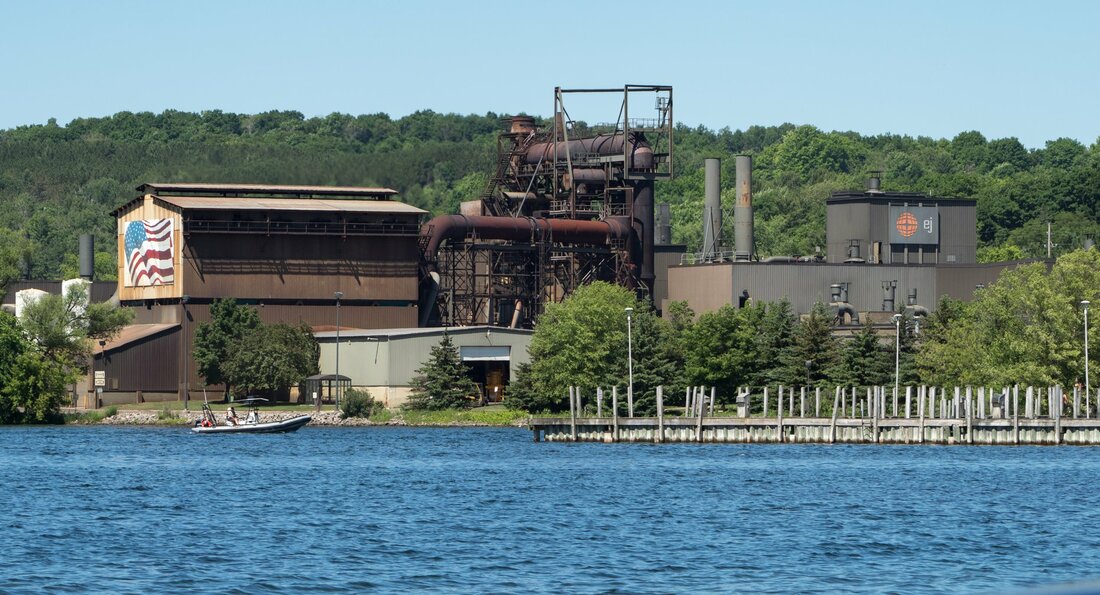 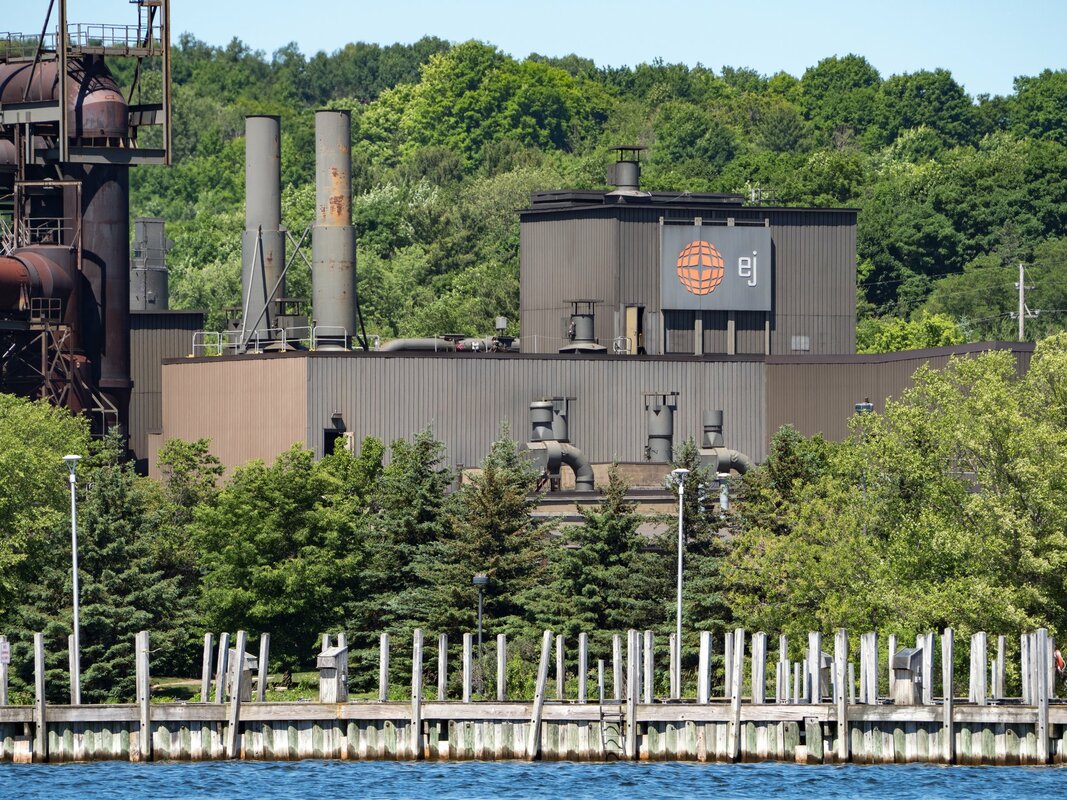 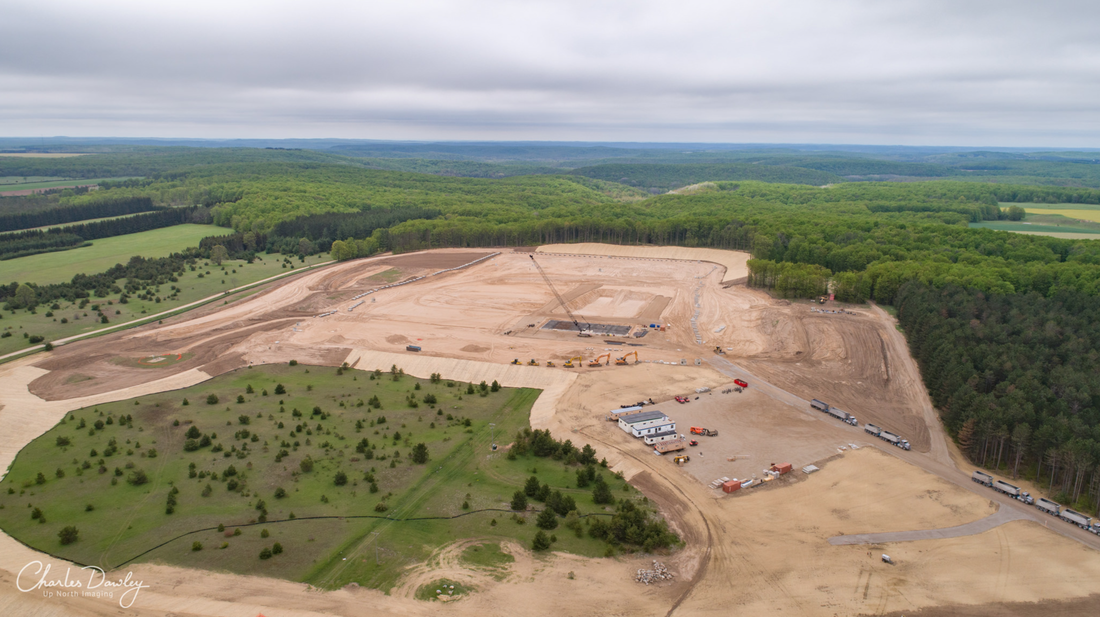 21 May 2017 ~ ~ Charles Dawley (permission to post only on this Northern Mich~Mash Preserve web site).
Photo Above: Posted on this Northern Mich~Mash Preserve web site only by permission from
remarkable photographer and videographer Charles Dawley of Up North Imaging.
Photo Below: The new East Jordan Iron Works is HUGE!
(Located at the top of Elmira Hill, south of Boyne Falls, Michigan)
EJ (New Name) is no longer located in Charlevoix County, Michigan,
but rather is located in Antrim County. 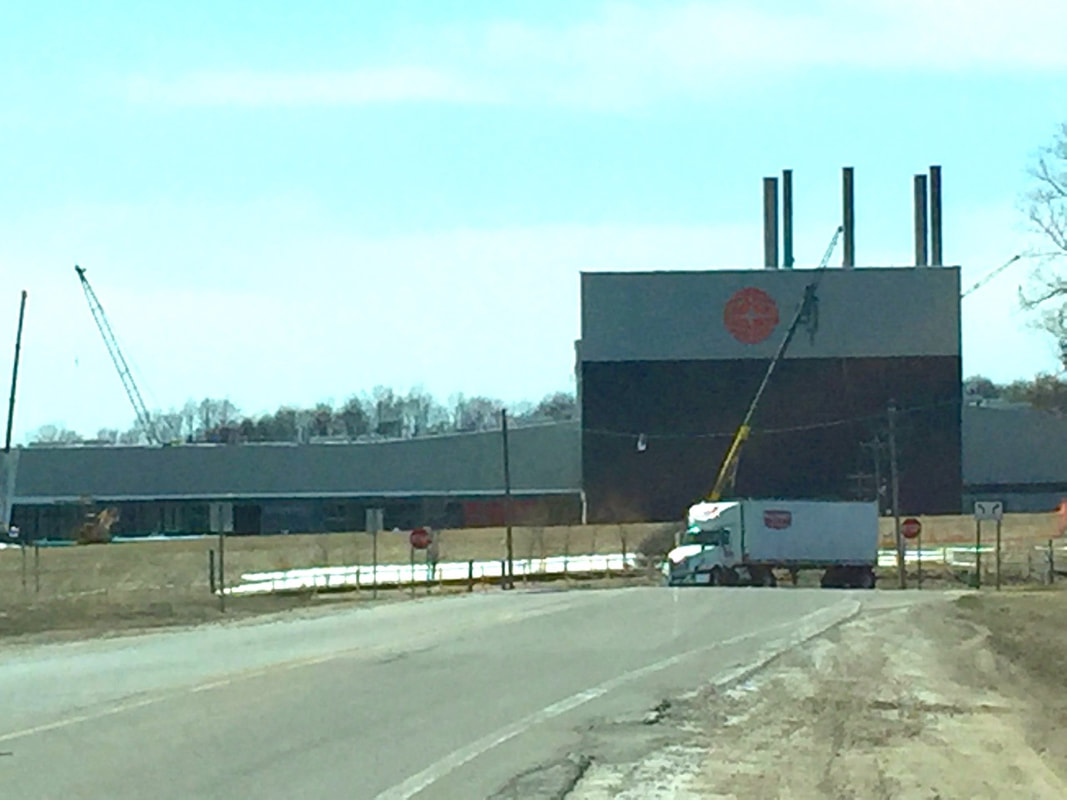 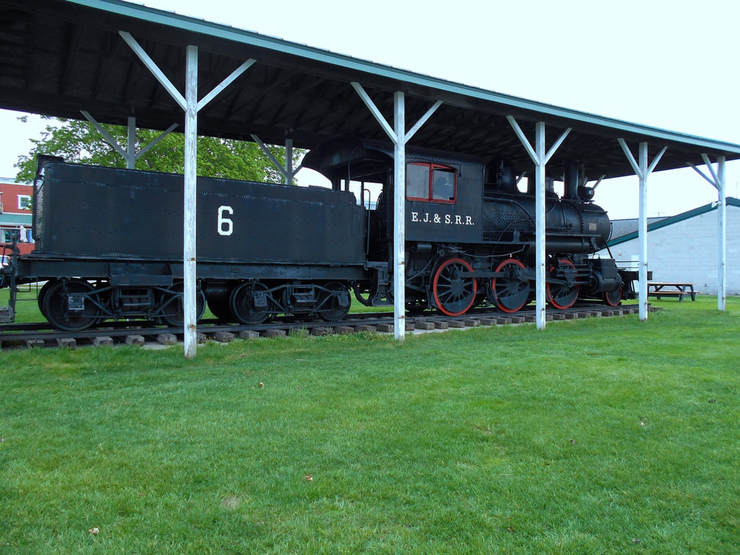