The design and compilation of the text and photos on this site are copyrighted 2017.
Most posted items will enlarge by "clicking" on them.
Please do not copy the photos on this site, many of which have been submitted by private individuals...
just come back and visit the site often to view the photos.
~ New Library Building at Bay View ~ 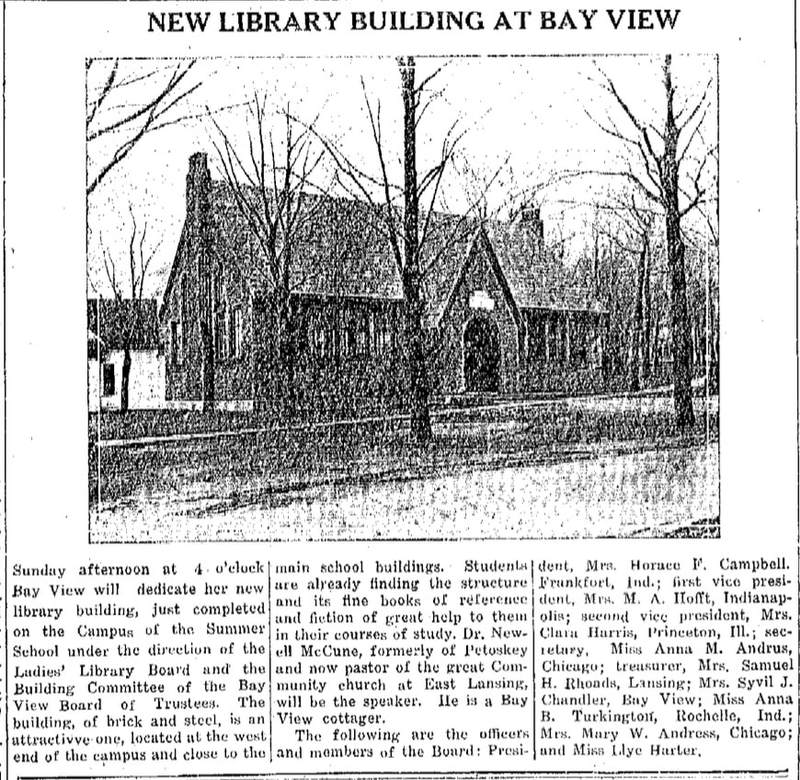 20 August 1939 ~ Petoskey Evening News
The Petoskey Public Library was established 25 September 1905, and housed above the First National Bank. Lilia L. Johnson donated the Carnegie Library site in 1908 in memory of her husband. Andrew Carnegie donated $2500. for the construction of the building of the Carnegie Library. The building officially opened on 11 November 1909. A memorial plaque to Pulitzer Prize winner Bruce Catton is located on the front lawn of the original library building.
Carnegie Offer for a Petoskey Carnegie Library 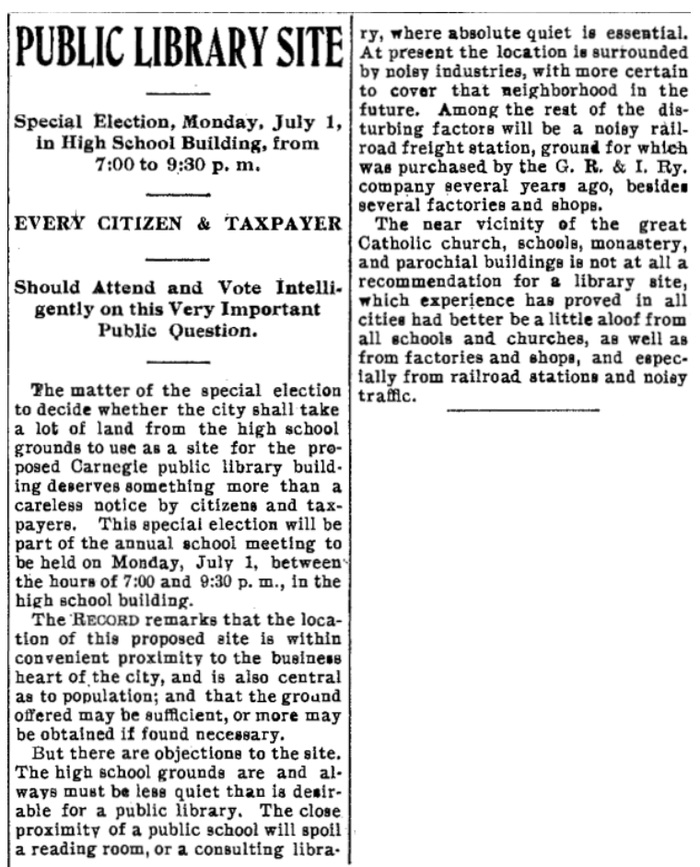 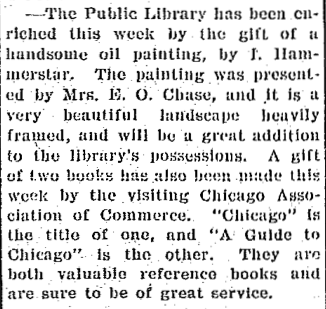 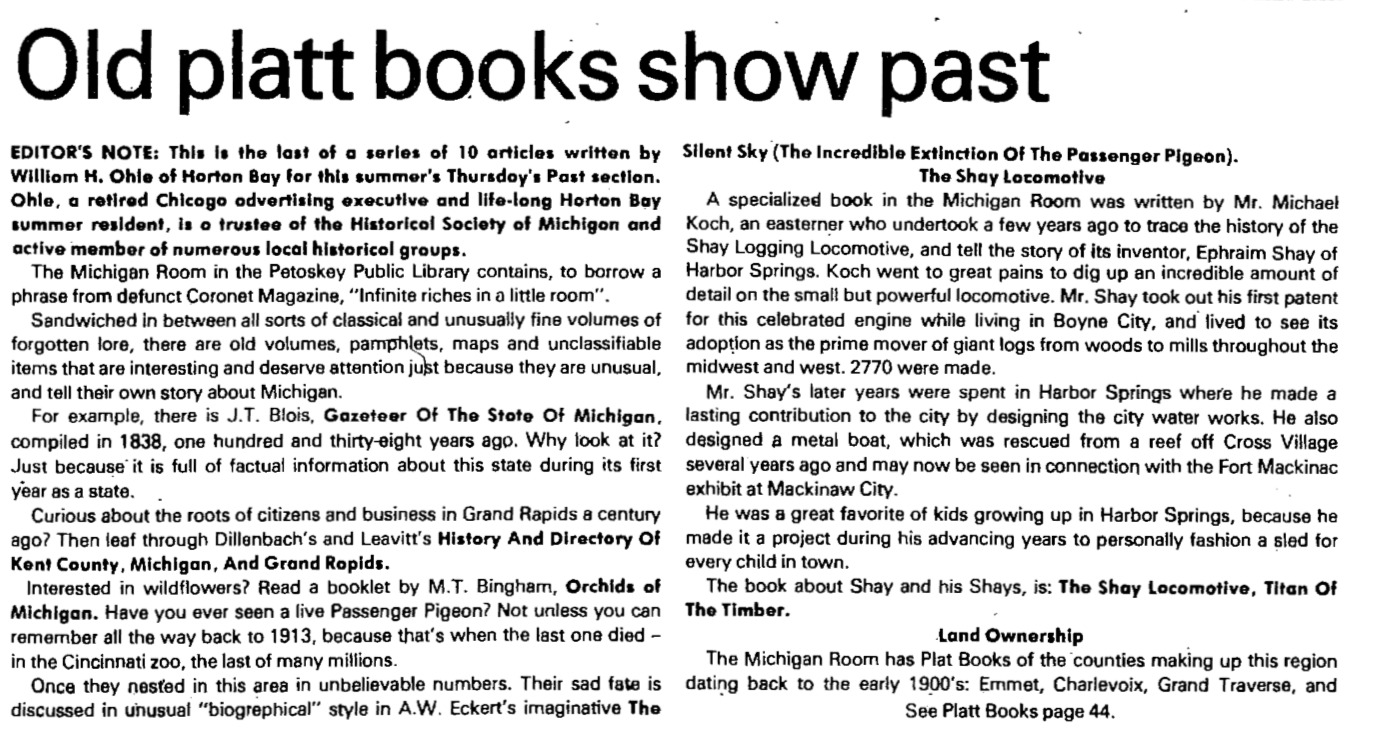 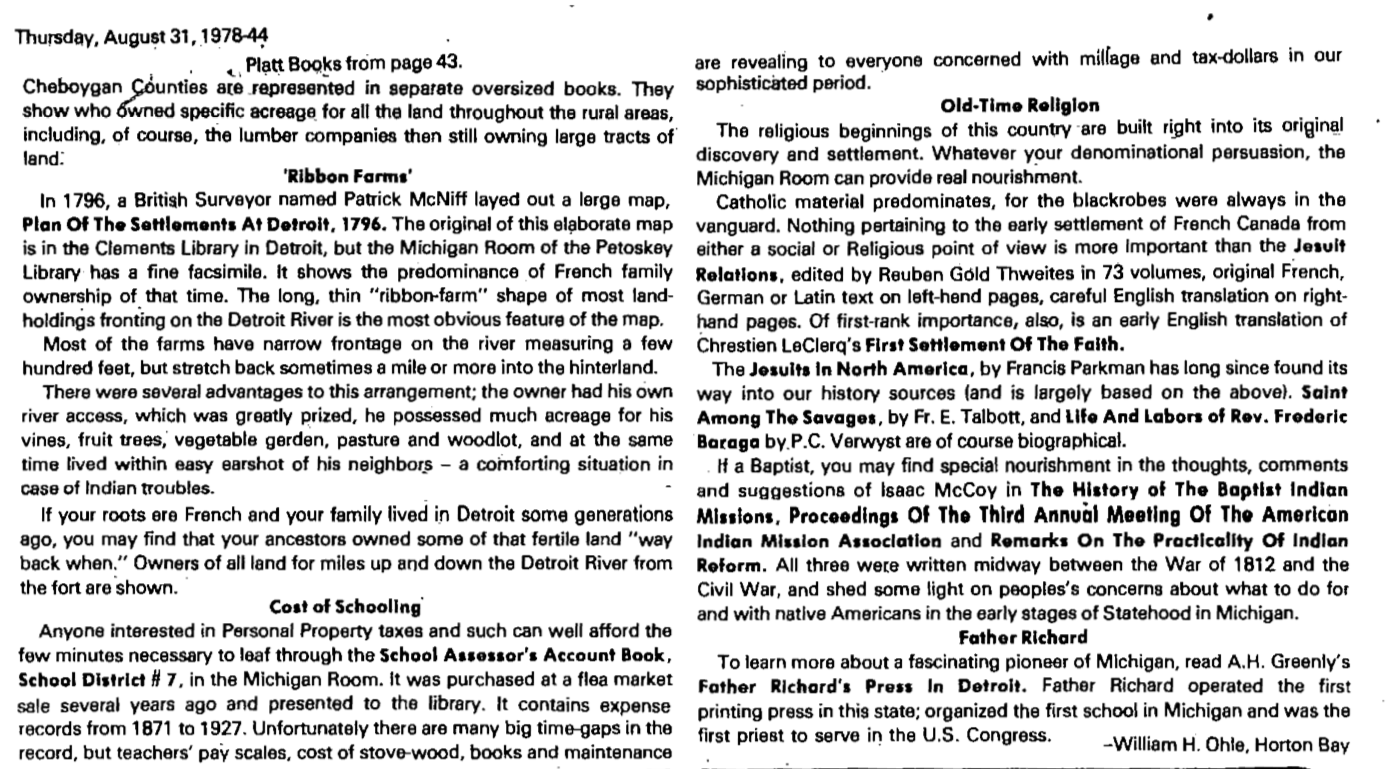 Photo Below: Sculptor Stanley Kellogg's life-sized ceramic horse rested in front of the Kellogg Studio on Charlevoix Avenue, Petoskey, Michigan. It was donated by the Kellogg Family to the Carnegie Library as seen in the 2008 photo below. Then, the sculpture was moved across the street to the second floor of the Petoskey District Library. 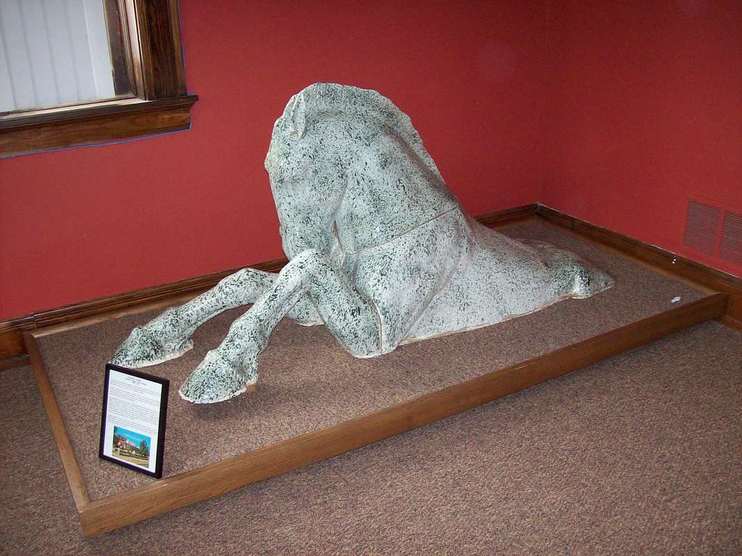 20 February 2008 ~ Stan Kellogg's Horse Sculpture in a room in the Carnegie Building... 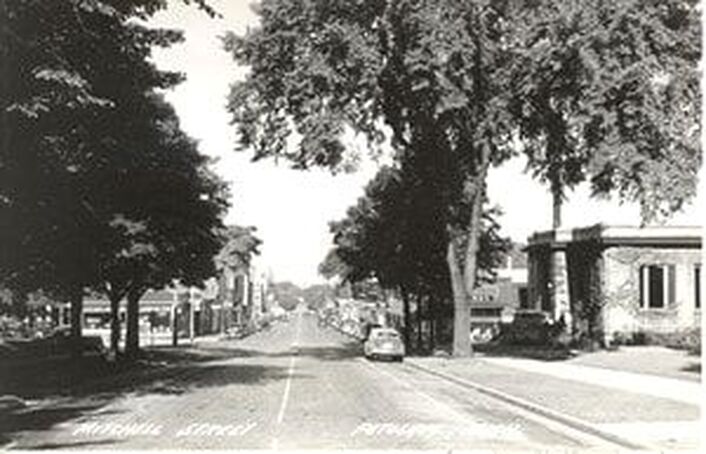 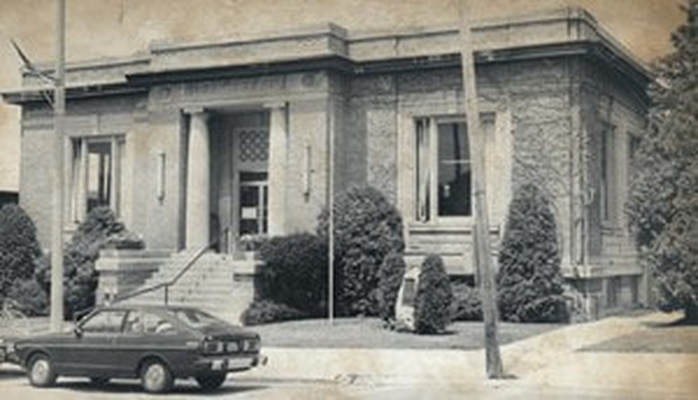 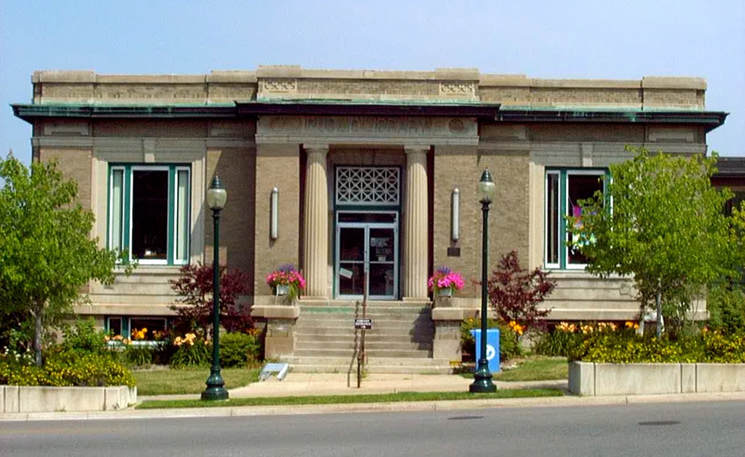 29 July 2001 ~ Still in use as a library
In 2018 the Carnegie Building is used in conjunction with the Crooked Tree Arts Center next door. 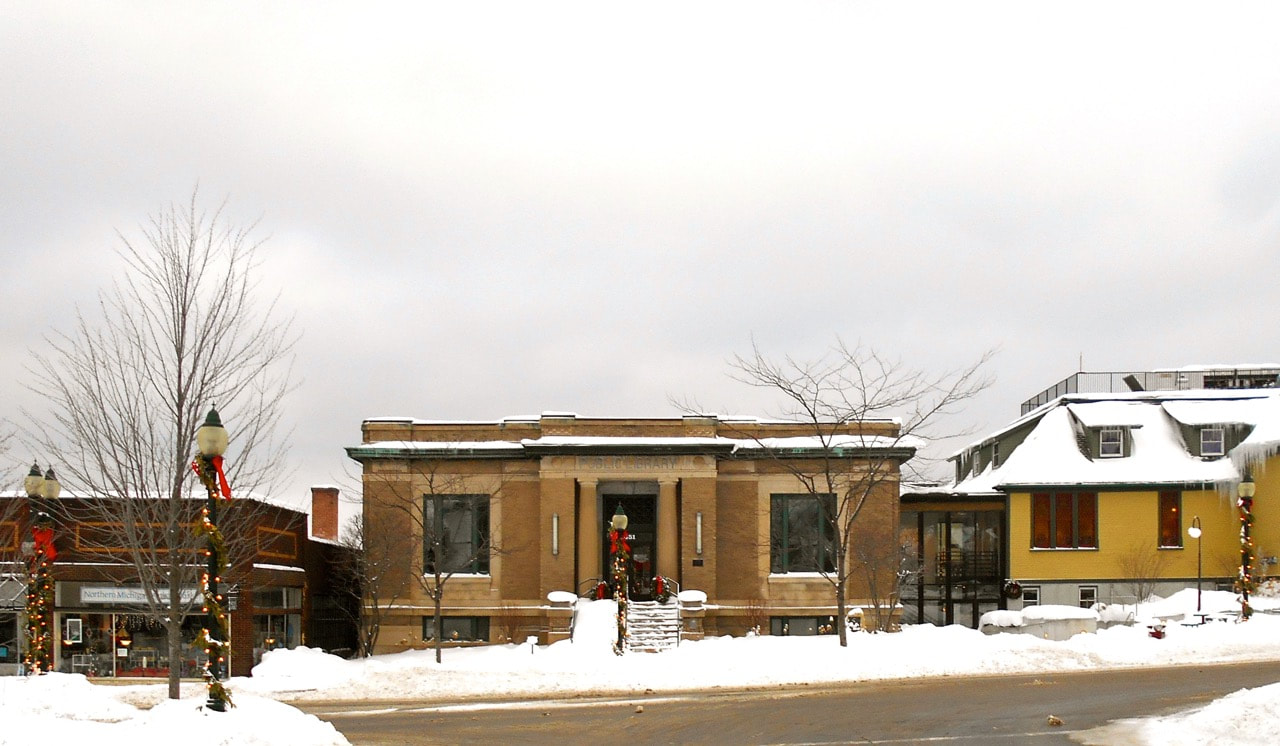 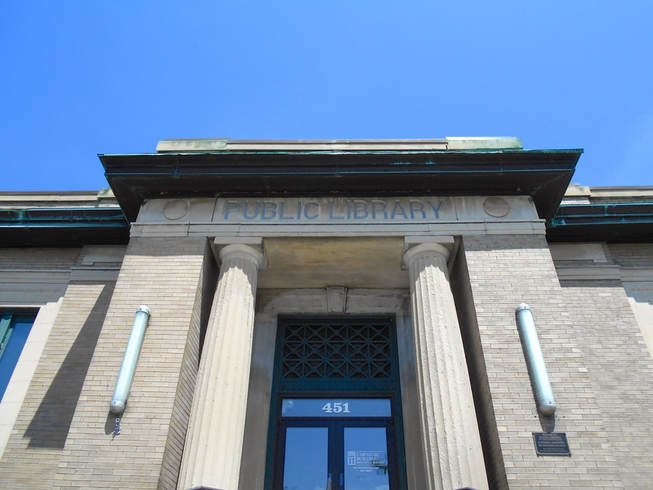 28 July 2018
Petoskey District Library
500 East Mitchell Street, Petoskey, Michigan
Michigan Bell Telephone Company was located in this spot until the City of Petoskey purchased it in 1989. The Carnegie Library holdings across the street were moved to the new library building which opened in November 2004. In 2009 with the library becoming the Petoskey District Library, some of the surrounding townships had voter approval so their residents could use the library facility. 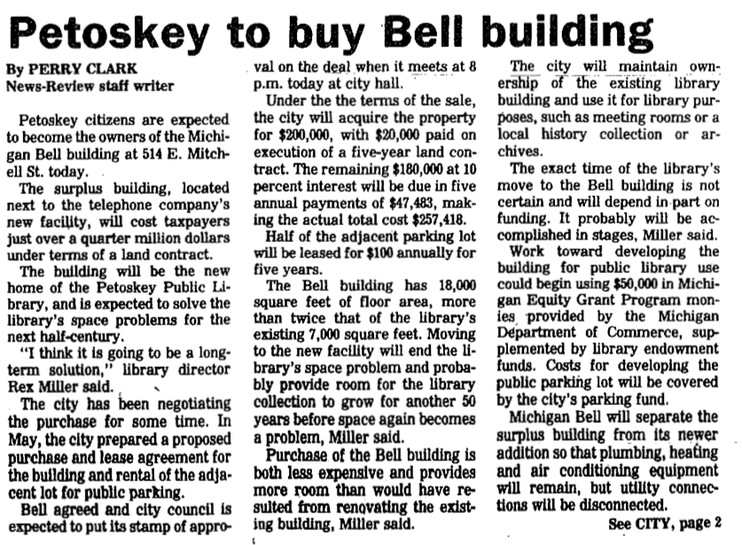 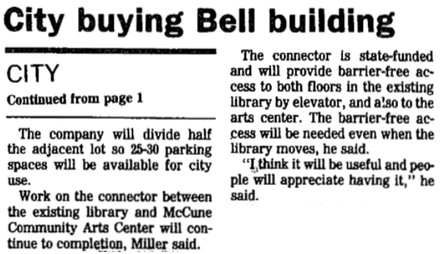 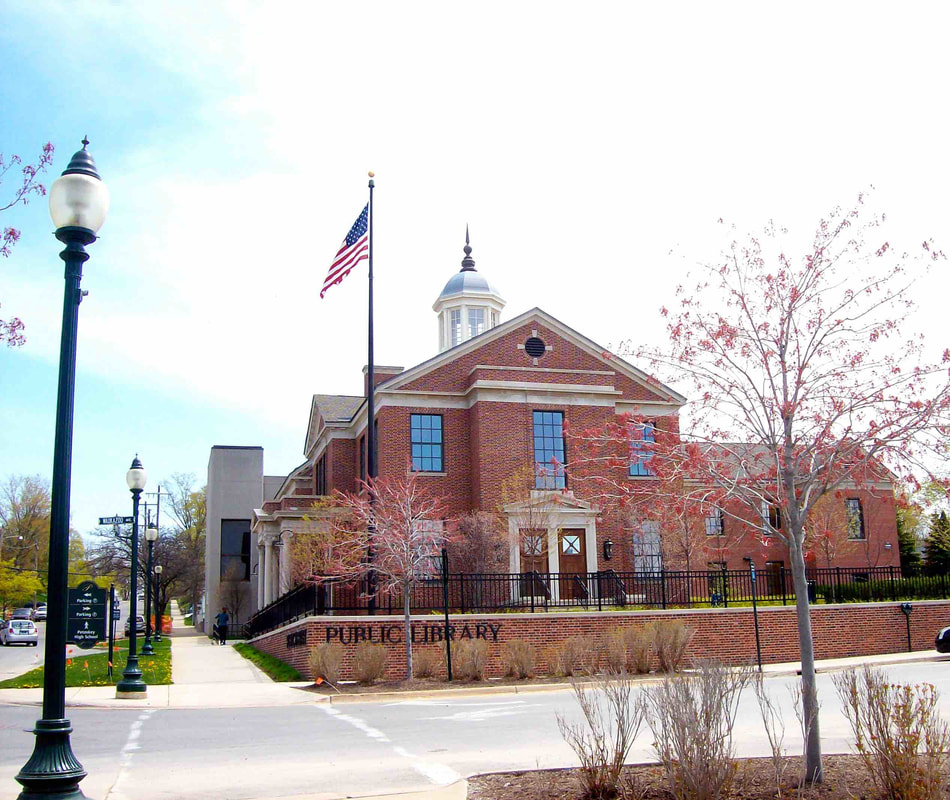 14 March 2013 ~ Petoskey District Library
Charlevoix Public Library
220 Clinton Street, Charlevoix, Michigan
This Charlevoix Graded School and Gymnasium was built in 1927 and used for a school for 75 years. In September 2006 the library opened in this old school space after generous donations, fund raising, and a passed millage. 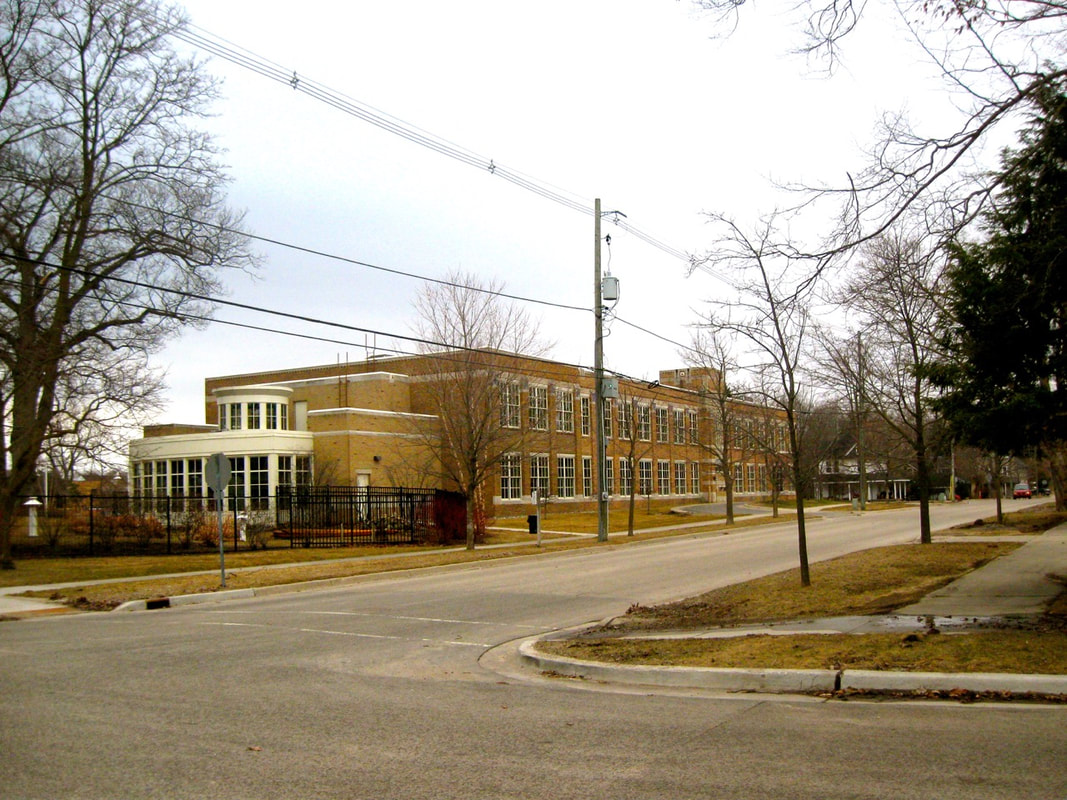 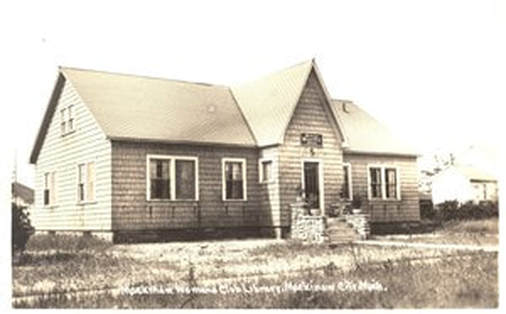