The design and compilation of the text and photos on this site are copyrighted 2017.
Please do not copy the photos on this site, many of which have been submitted by private individuals...
just come back and visit the site often to view the photos.
~ OLD Kolinski House ~ 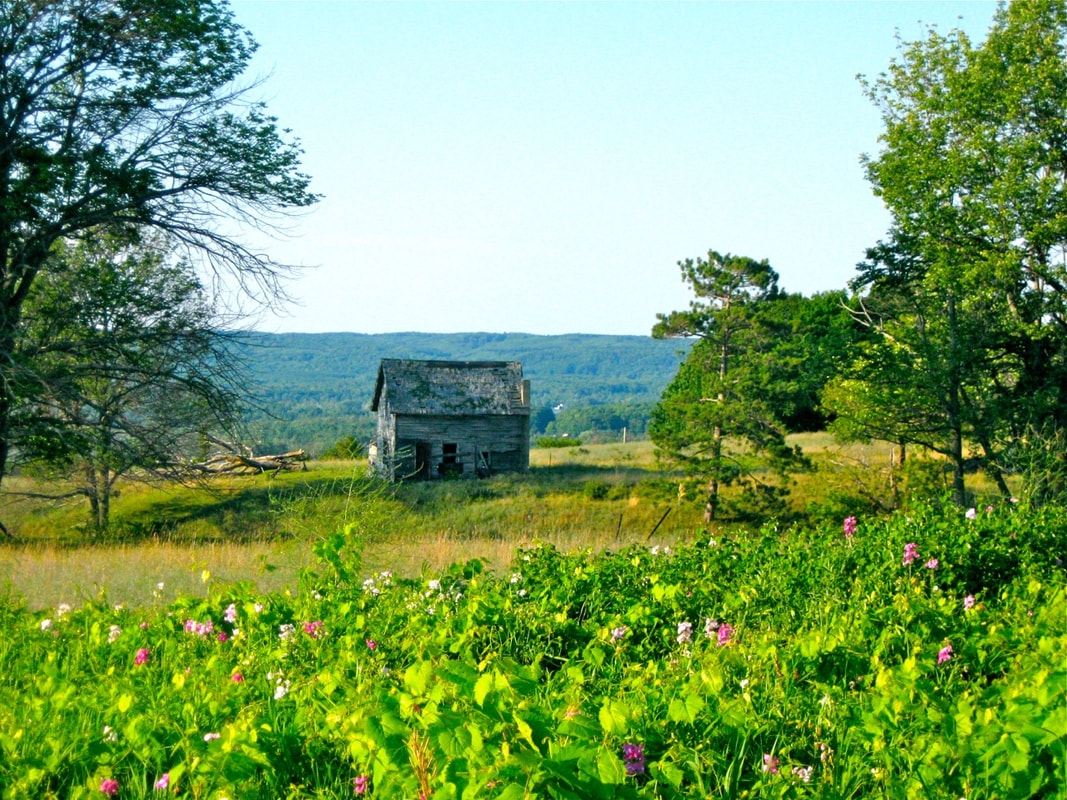 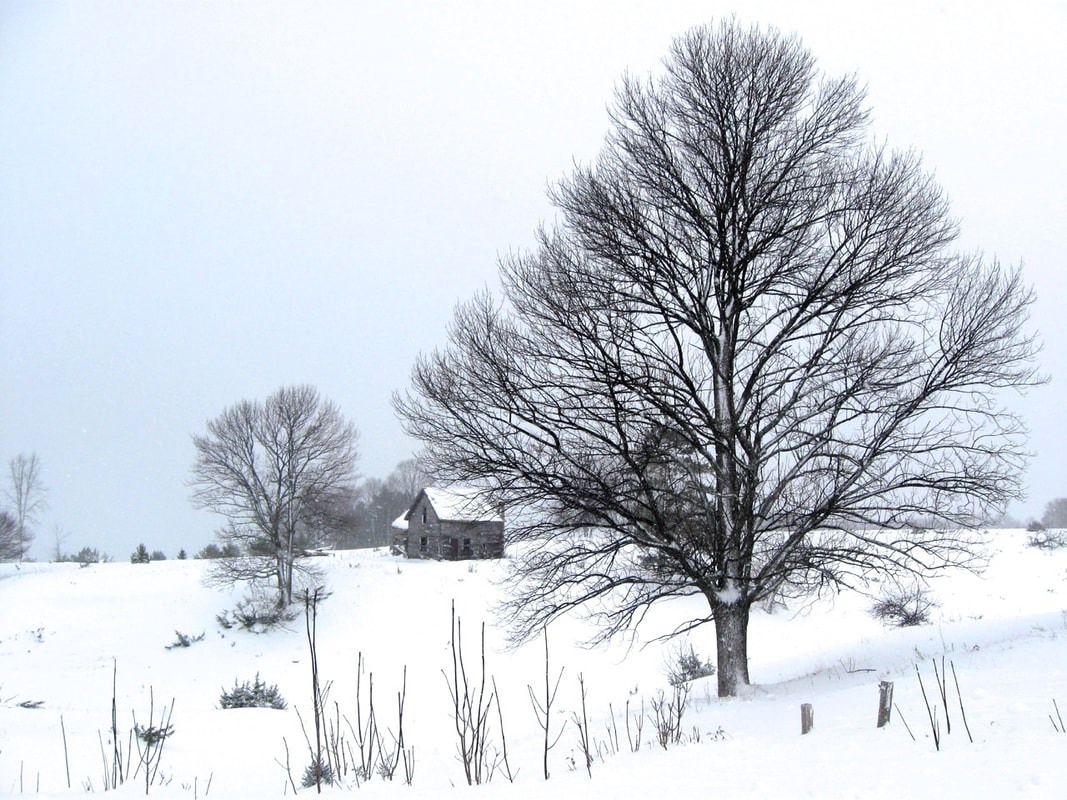 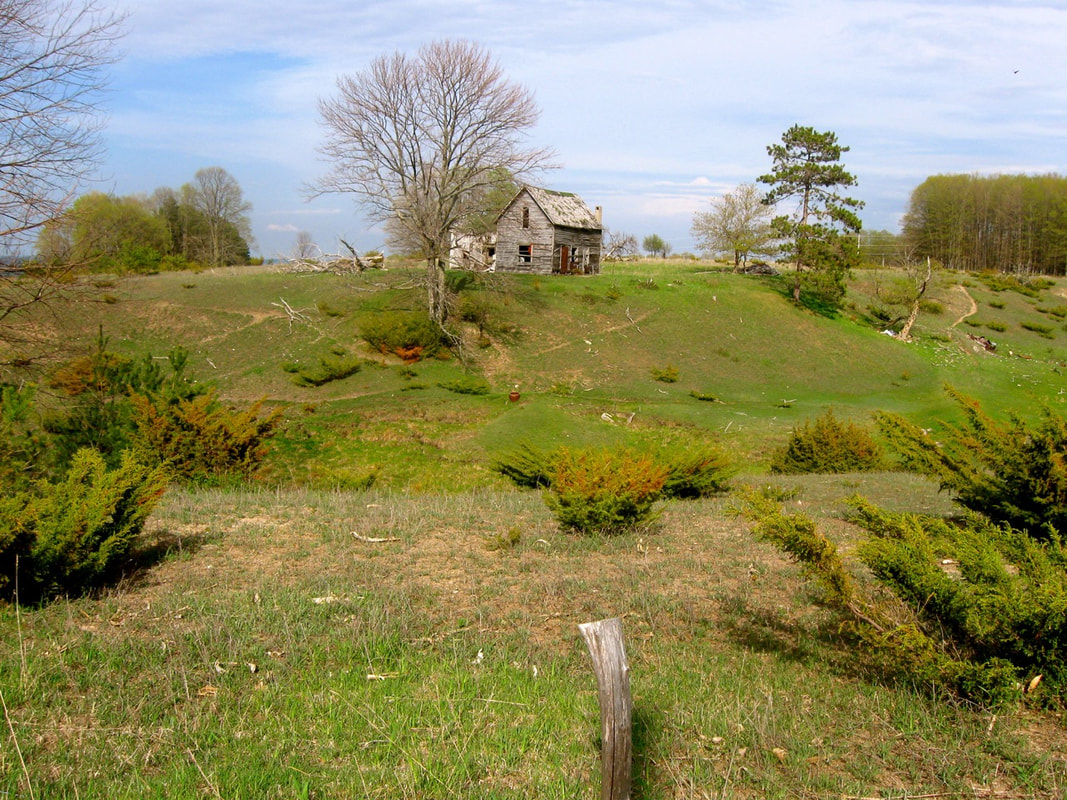 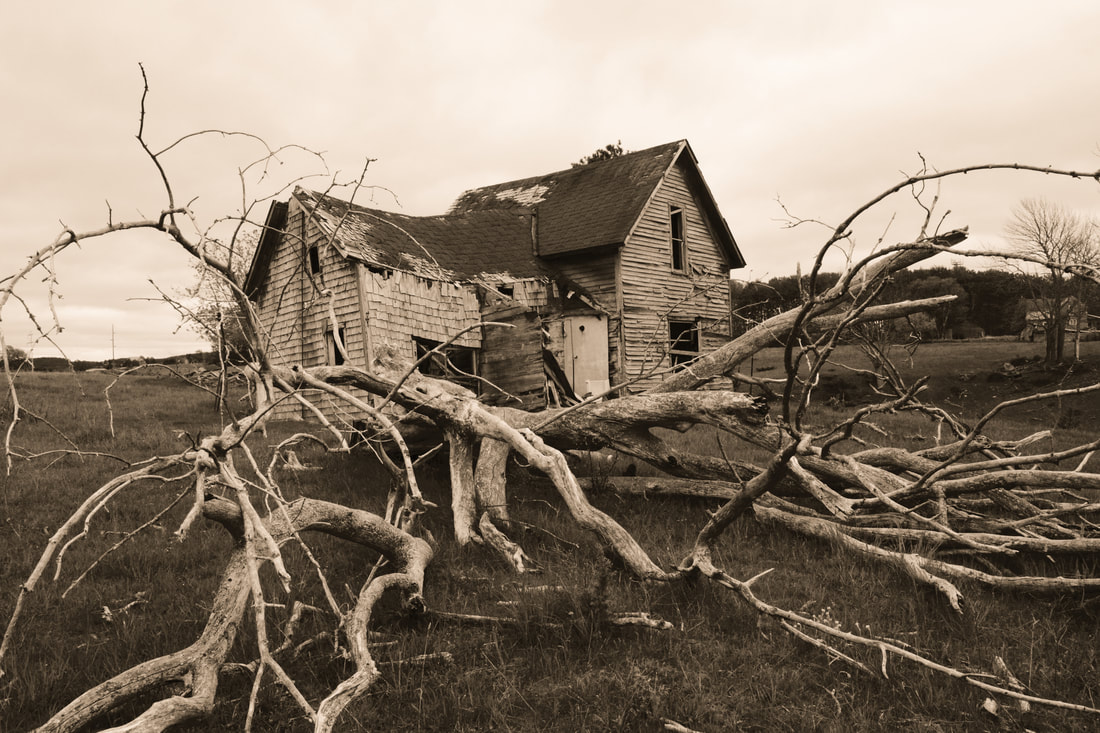 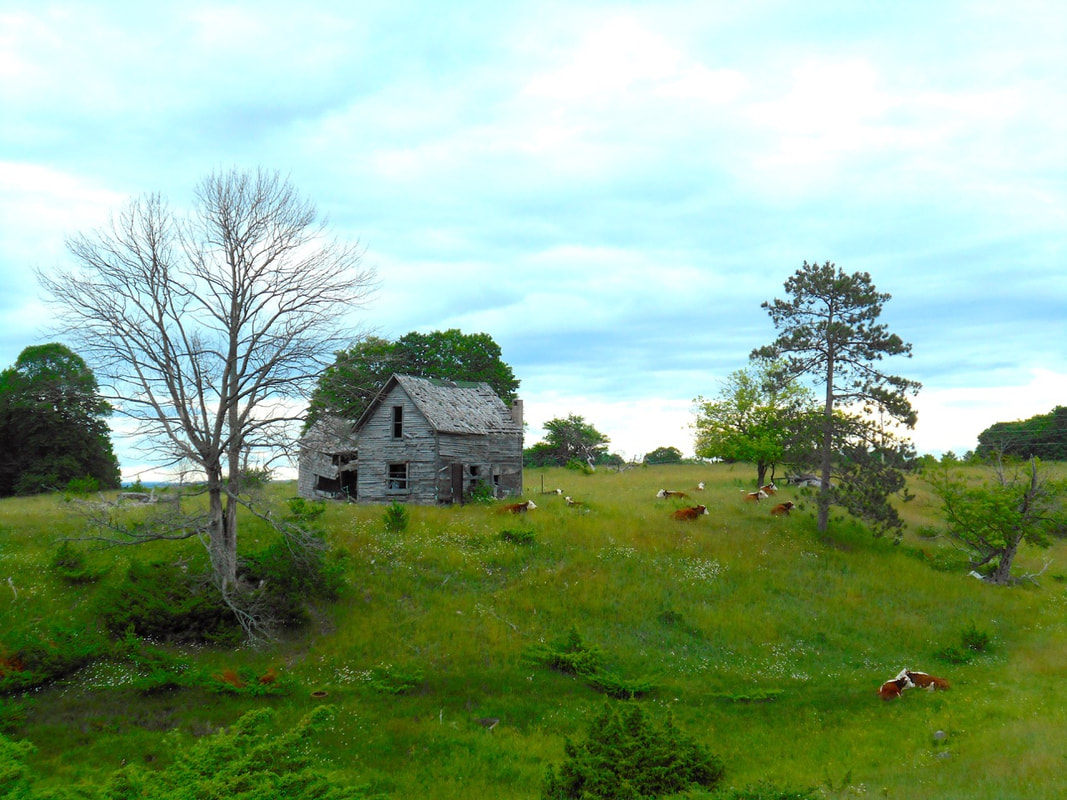 19 June 2017
Photo Below: Posted on this Northern Mich~Mash Preserve web site only by permission from
remarkable photographer and videographer Charles Dawley of Up North Imaging.
Aerial perspective of the OLD Kolinski House shows
Round Lake (left) and Crooked Lake (right) in the background... 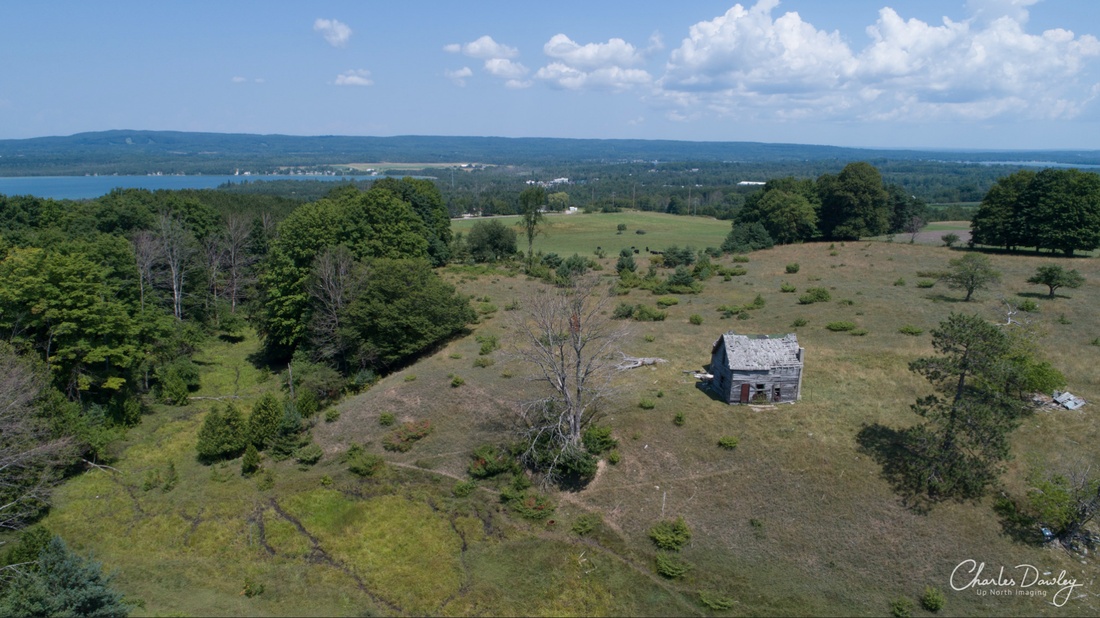 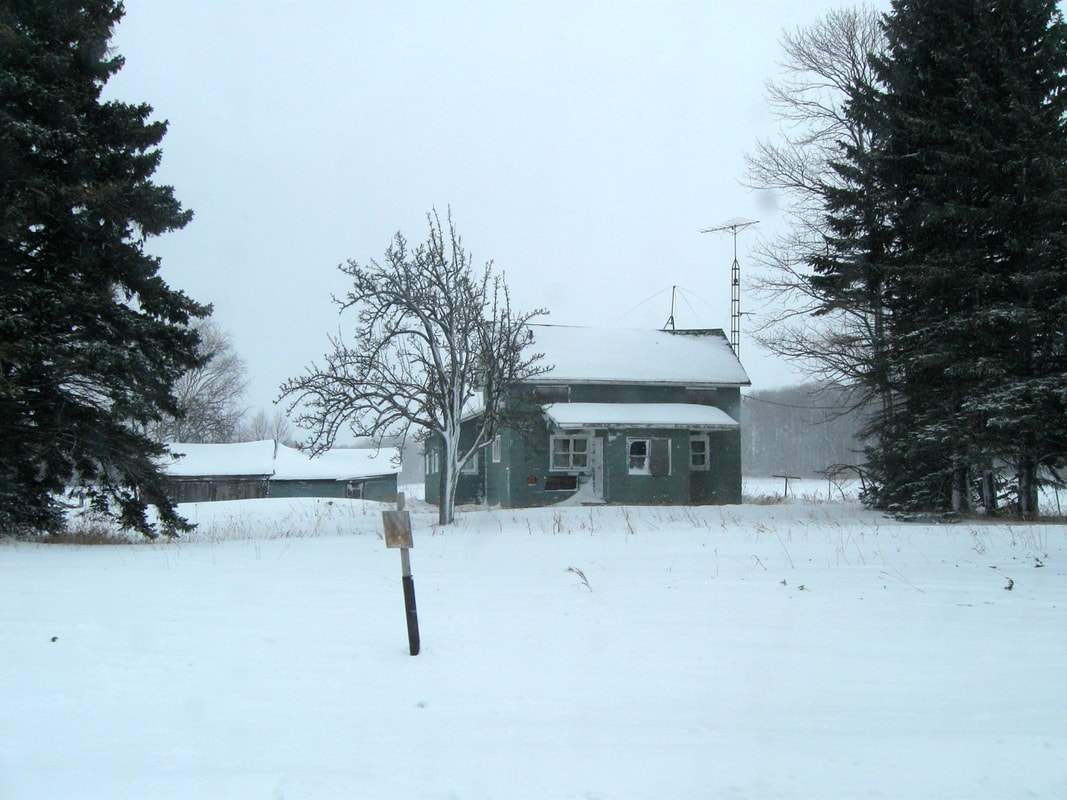 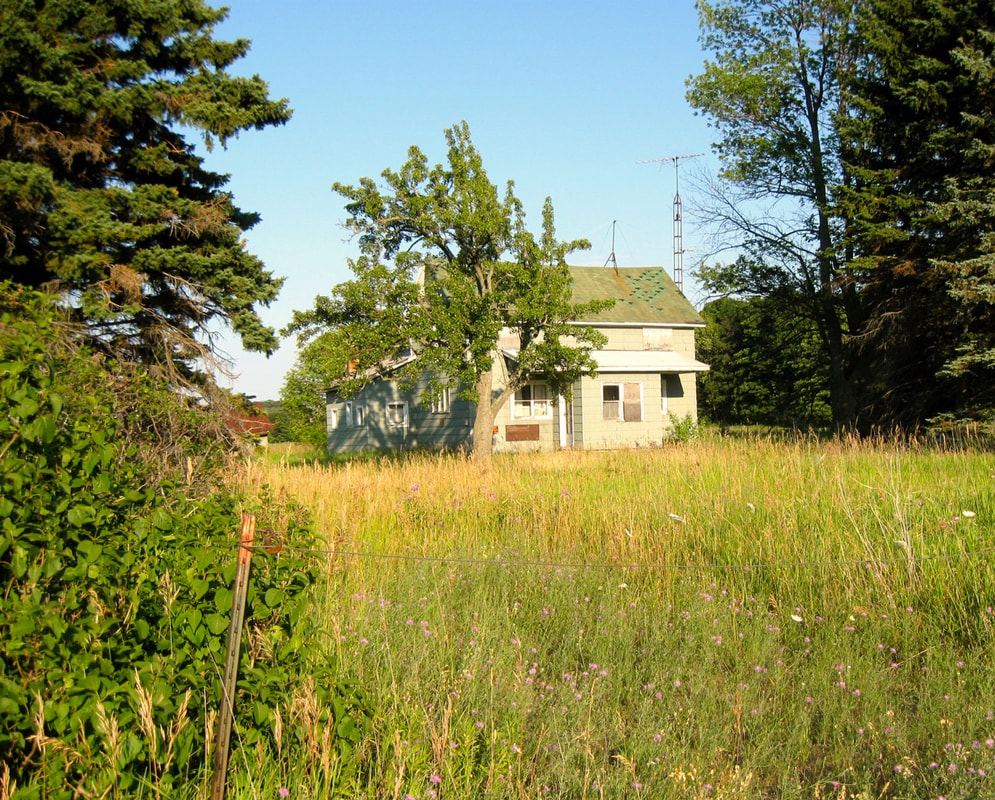 12 July 2017
Photo Below: This old barn stood beside the Kolinski Farmhouse above... 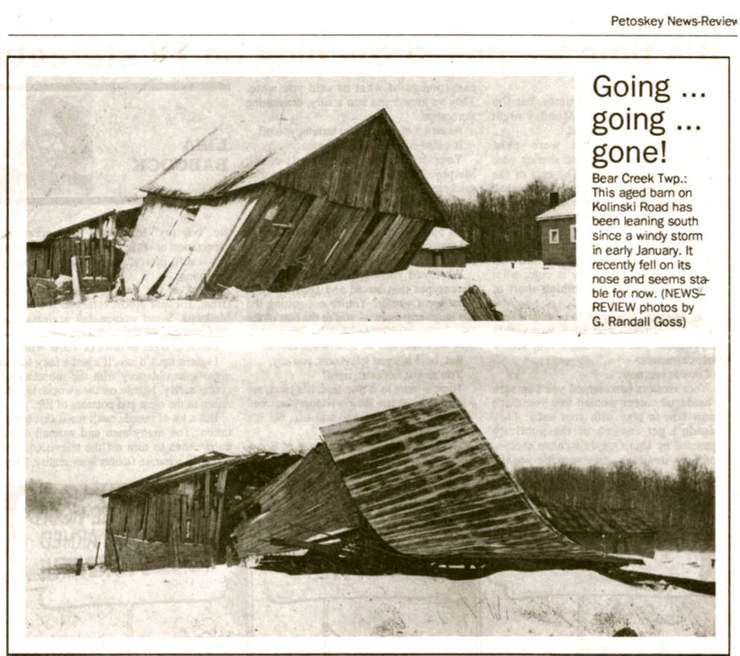 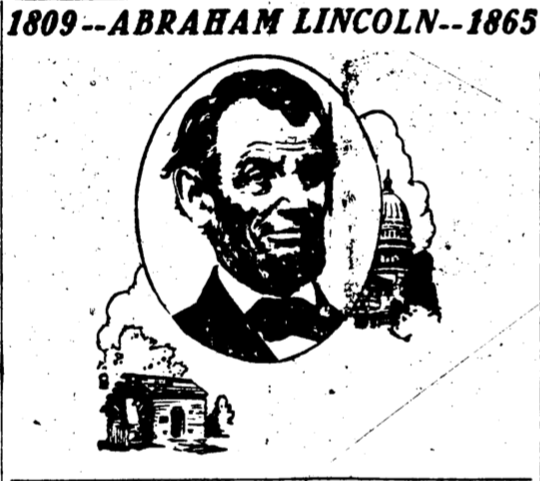 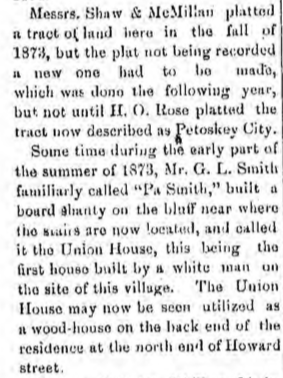 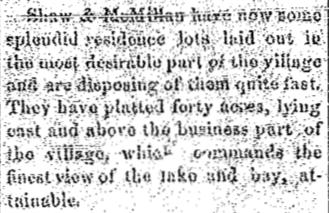 10 April 1907 ~ The Petoskey Record
~ 1927 Northern Michigan Bark Teepee ~
Contact the webmaster with any information about the site/location of the photo below. 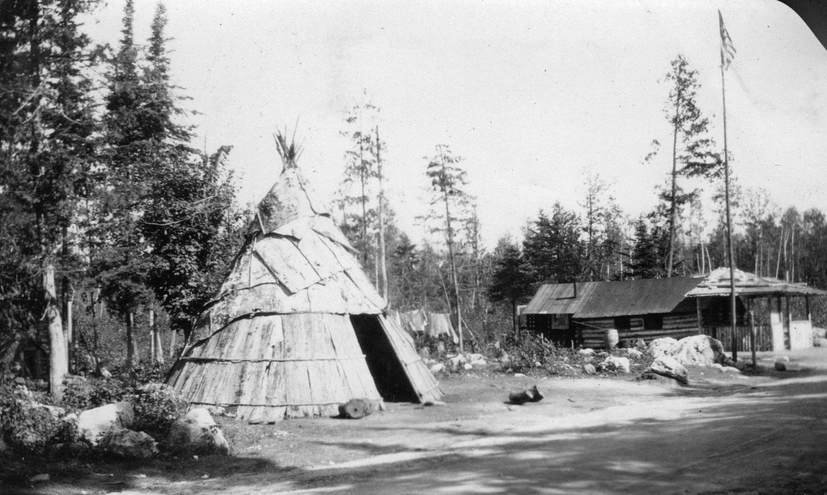 Submitted by Geoff Guillaume from the collection of his grandfather Harold Guillaume.
~ Elm Bark Hut... Museum of Treasured Indian Relics ~
1951 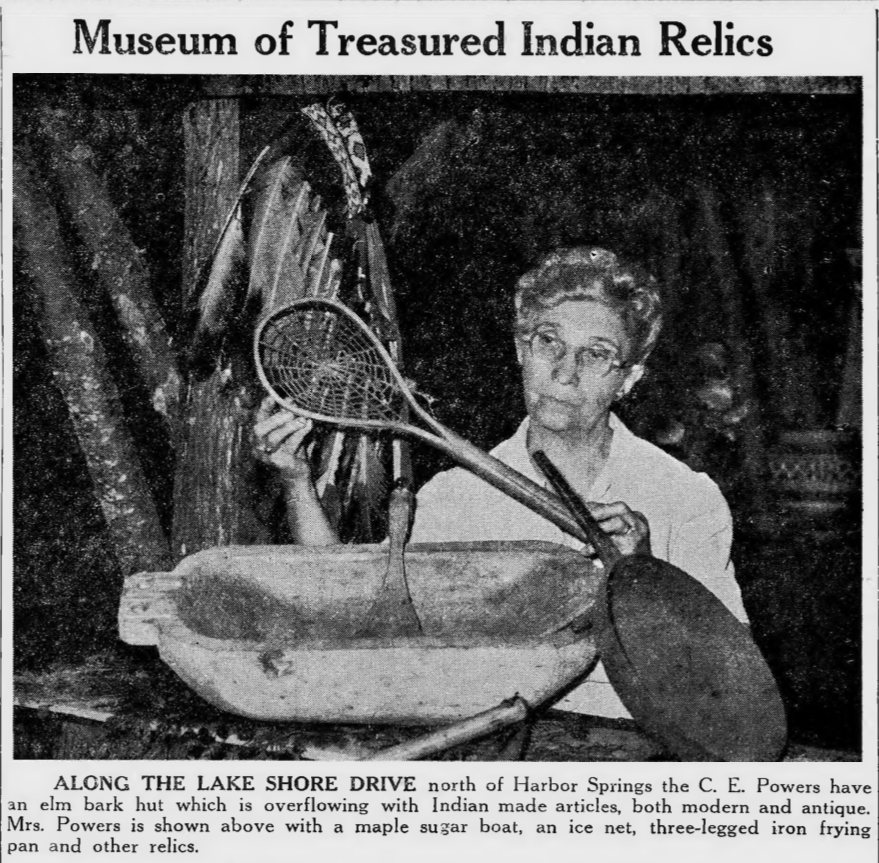 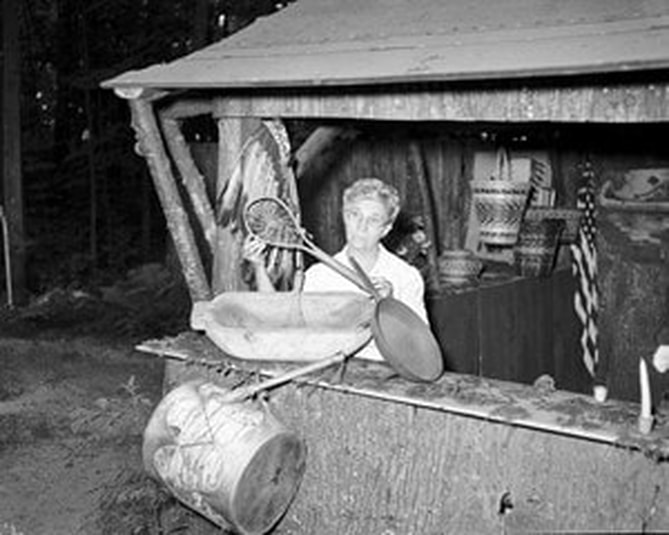 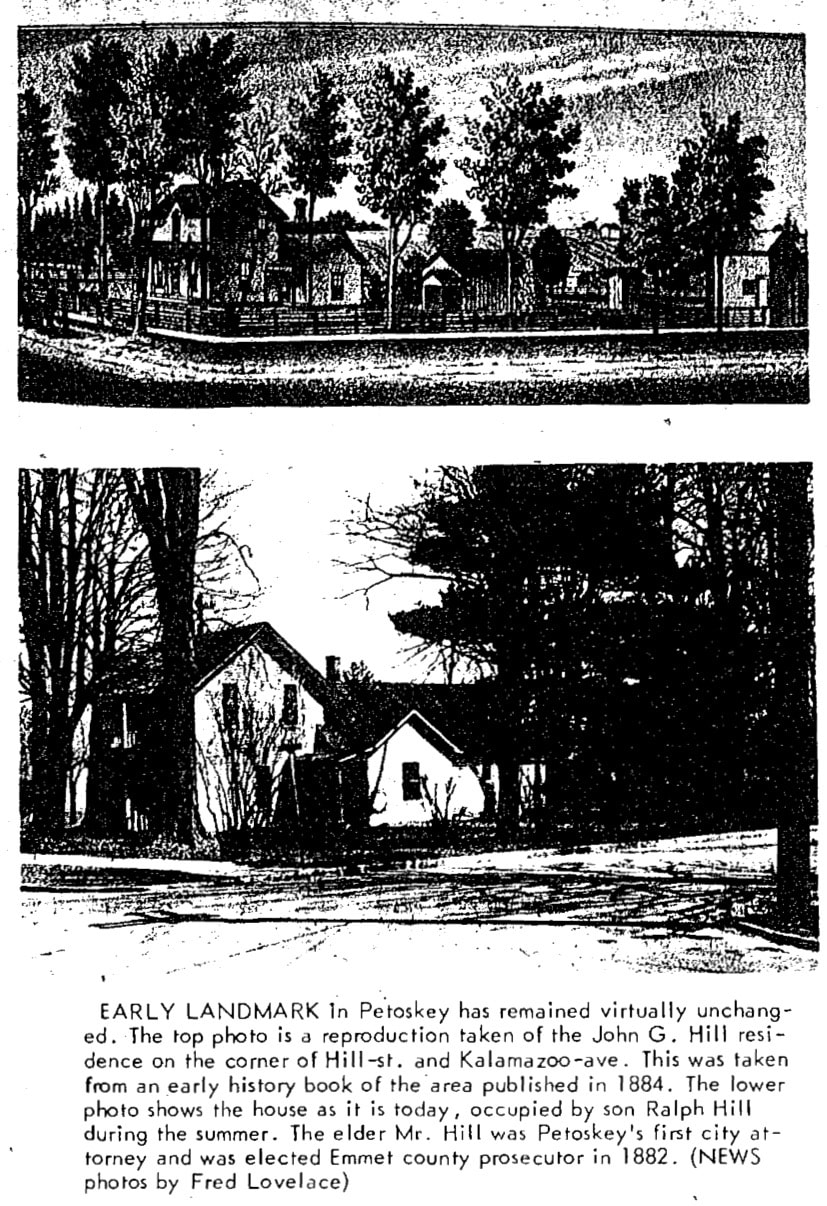 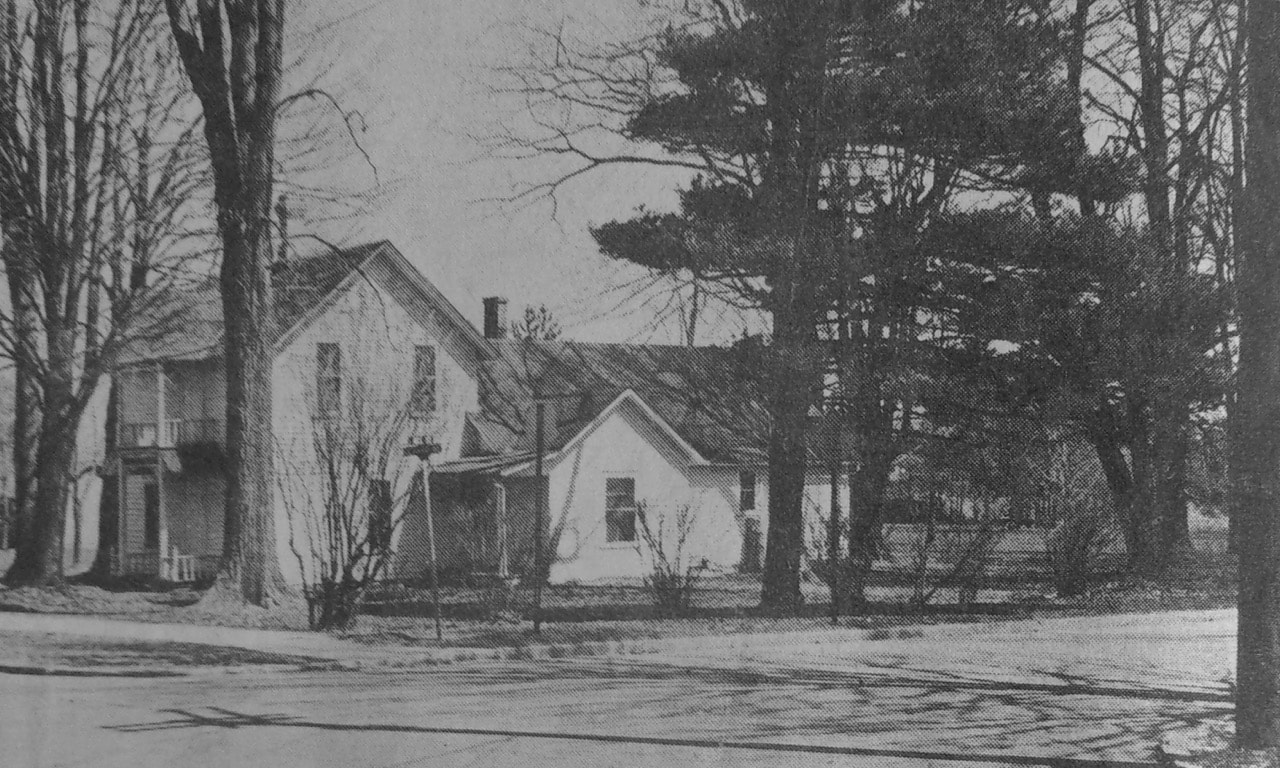 26 April 1967 ~ Petoskey News Review
While the Hill Street home above is the oldest existing home in Petoskey, Michigan, in 2018, the FIRST house actually built on the site of Petoskey was the board shanty erected on the bluff by G.L. Smith, familiarly called 'Pa' Smith, in the early summer of 1873. By 1 January 1874, a frame shack had been erected by Doctor William Little which he called the Rose House. This was the FIRST hotel of Petoskey's numerous progeny and from it developed the Occidental which can be viewed on this web site's Hotel page. The building of this house by John G. Hill was announced in the 31 August 1877 Petoskey newspaper... Hill was building on his six acre lot on one of our most beautiful streets. On 17 May 1878 the newspaper announced that the Hill Family had moved into their new home. 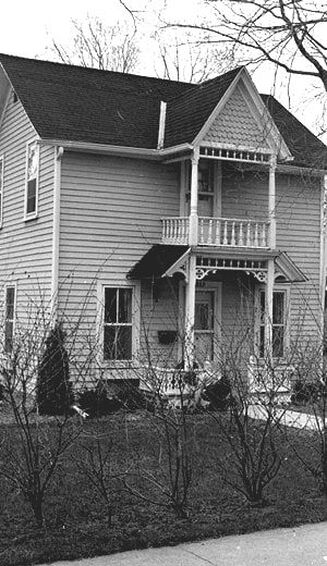 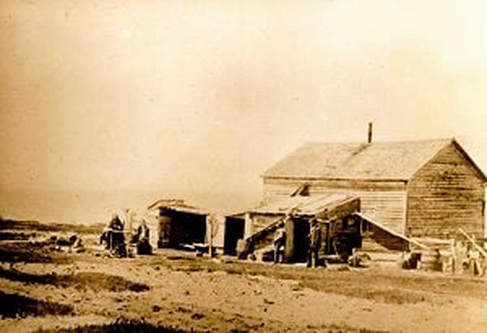 Greenwood Photo Archive Collection from Petoskey Newspapers (Undated)
Photo Below: The Porter House, the Cybulski Family Home, later the Rice residence,
the Craig Rose Home, and now [2018] the Blint Family Home...
located beside the Episcopalian Church on 1010 East Mitchell Street.
A "Northern Mich~Mash Preserve" viewer shared her memories of this Porter House, but from later years. "It sat between Scattergoods home (on the corner of Kalamazoo and Mitchell) and what is now the Episcopal Church. The house looks slightly different now [2018] as trees have grown up and renovations have transpired. Back in the mid-fifties it was owned by Joseph Wysocki and his wife Sabina who owned Travelers Motel (stated on Joseph Wysocki's obituary). Their daughter Clara married to Konstanty "Connie" Cybulski. Connie and Clara Cybulski owned and operated Petoskey Motor Court on the corner of US31 and US131 until 1960 when he died. Cybulski's son Andy graduated from Petoskey High School in 1957.  Another daughter of Joseph and Sabina Wysocki was Maria who married Fred L. Rice (b. 1912 - d. 2002)... explaining how the Rice Family members were the next residents.
In 1958 (before and after) Milton and Katherine "Kathy" Kositchek of the City News Stand on East Mitchell Street, had an apartment in the house, and so did the Arcadia's Chef James Michael and his wife Esther Michael. James and Esther Michael, along with Frank Behan purchased the Arcadia Restaurant business (George and Stella Batsakis owned the property) in 1956. In 1962 the Michaels became sole owners and operated the restaurant for several years before retirement. [The Kositcheks owned the City News Stand from 1952 until they sold it to Arthur Hilton in July, 1969.]
One of Sabina Wysocki's daughters was Maria who married Fred L. Rice (1912 d. 2002)... explaining how the Rice Family members were the next residents.
I spent a lot of time at that home from an early age (12-13?). I helped Kathy with her apartment, and mowed the grass for the Wysocki's."
Another couple who lived at the 1010 East Mitchell Street residence was Louis E. and Lucile (Canouts) Thompson.They lived in a small apartment in the rear of the home. Mr. Thompson was a lathing contractor. They came to Petoskey in 1951 after having moved from Detroit to Wildwood in Resort Township in 1936. 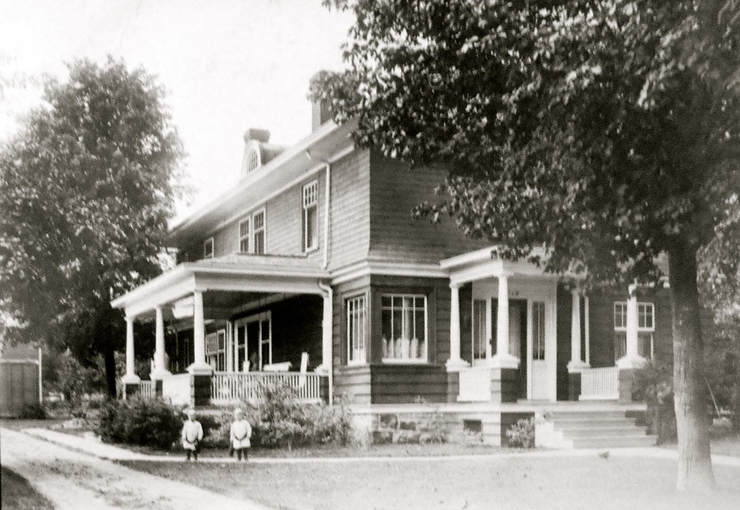 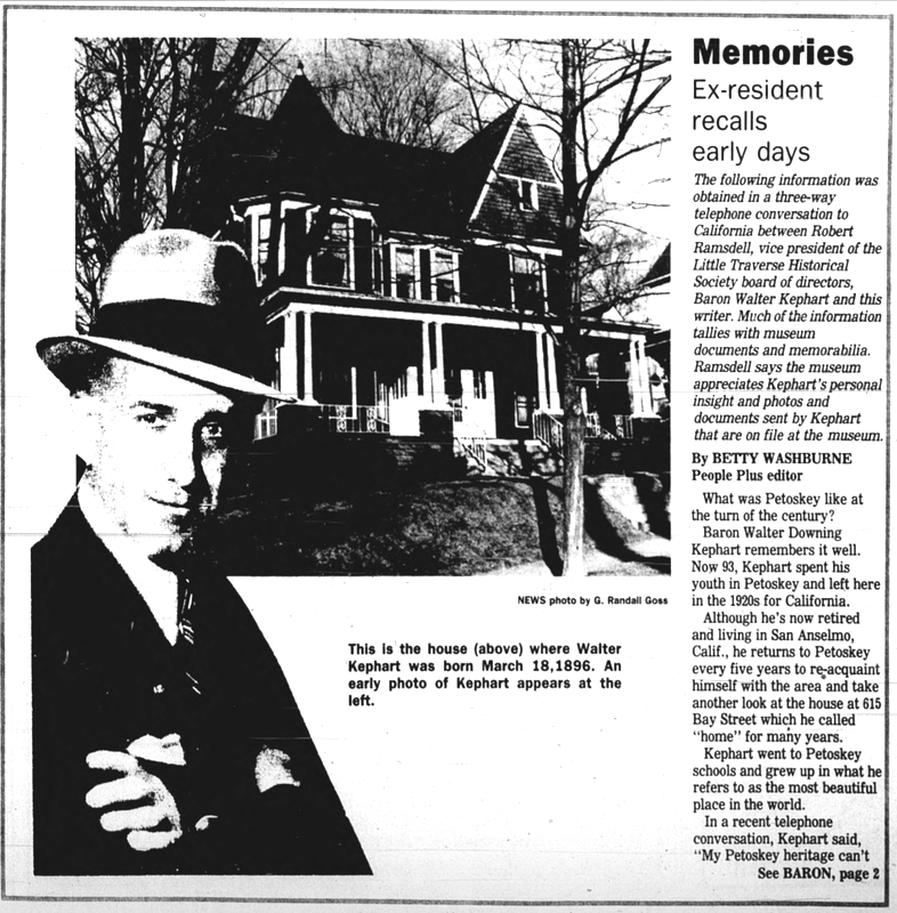 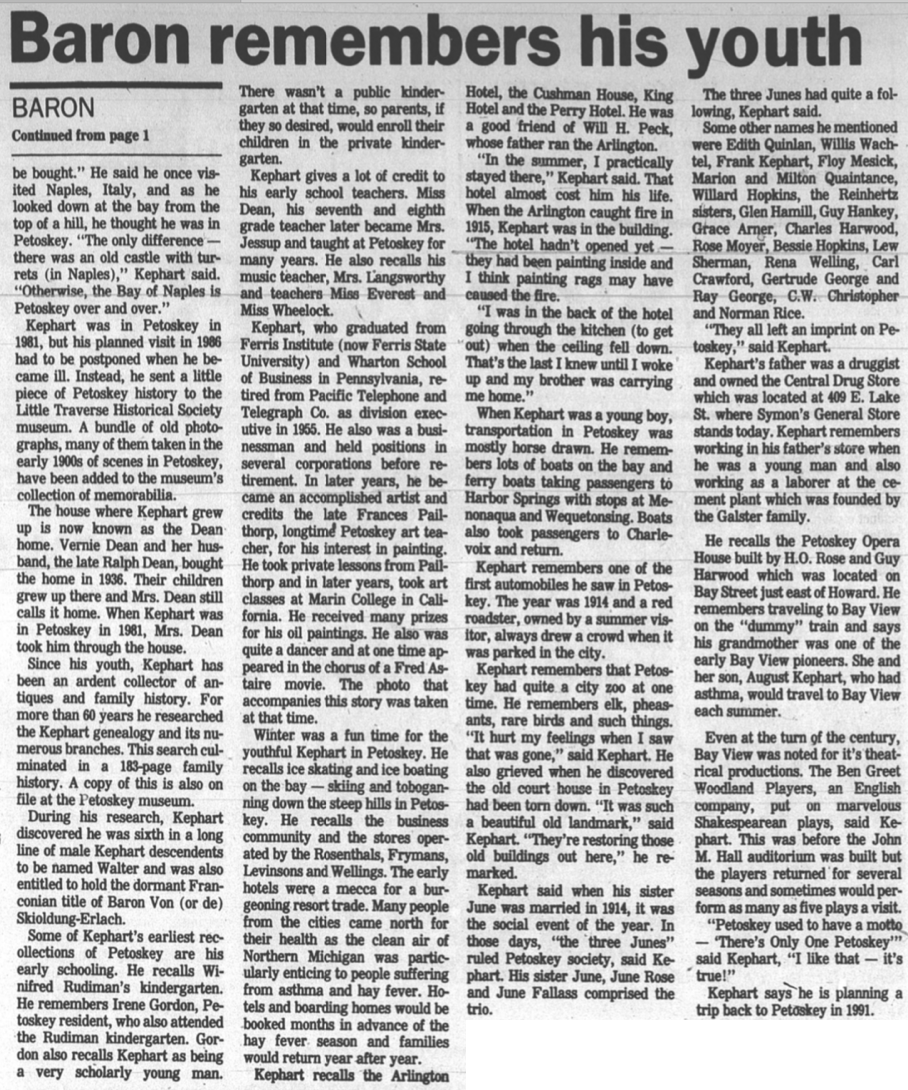 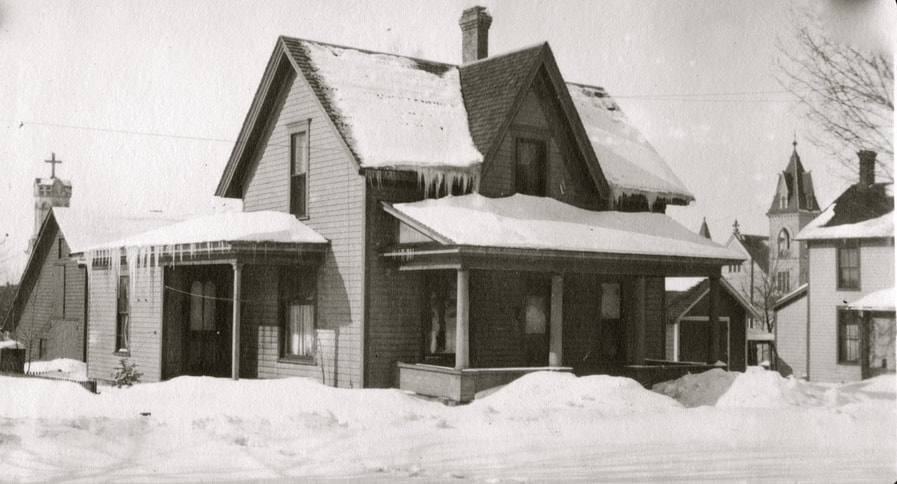 #1 ~ Submitted by Geoff Guillaume from the collection of his grandfather Harold Guillaume
#1 appears to be located in Petoskey on the corner of Michigan Street and Woodland Avenue looking toward downtown. The church on the right is the OLD Methodist Church, and the cross on the left is the OLD Episcopal Church when it was located on the corner of Waukazoo and Mitchell streets. Who has lived here or knows anything about this property? 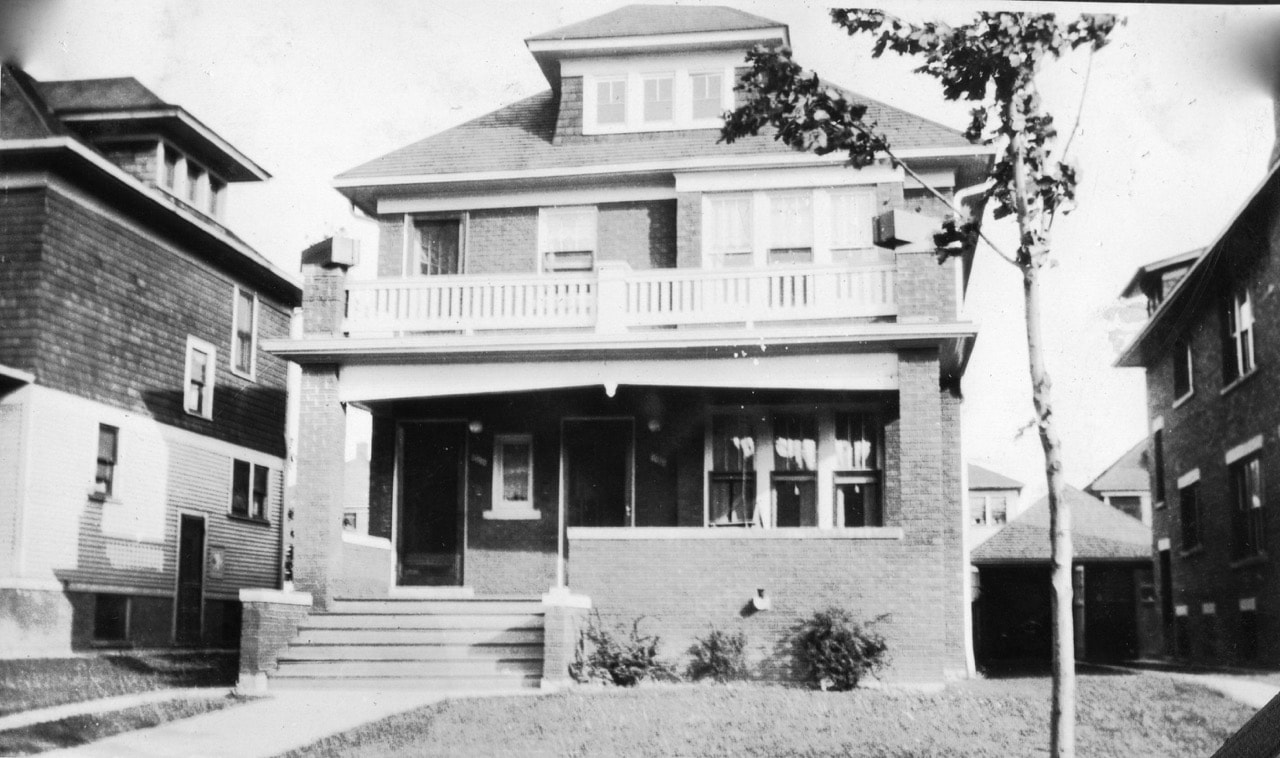 #2 ~ Submitted by Geoff Guillaume from the collection of his grandfather Harold Guillaume
~ House Below... NOW IDENTIFIED ~ 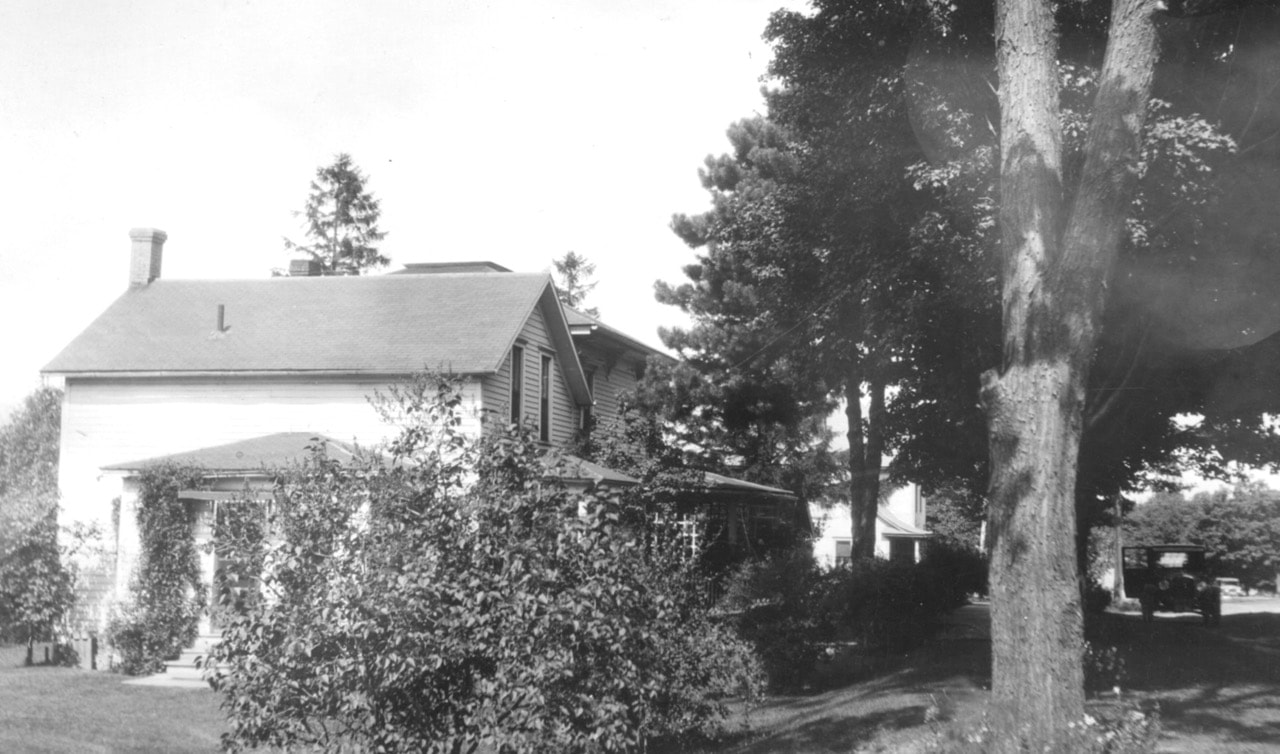 #7 ~ Submitted by Paul VanWagoner from the Collection of the Treloar Family
The article below was the clue for identity of the three photos above because many of the associated photos in the Treloar Family Collection also had photos of the Wingate Family. When this article was recently read in the OLD Petoskey papers, giving the address of the Wingate Family, it proved to be the connecting clue of the location of the houses in the photos above. 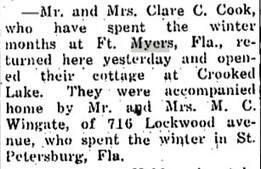 Houses photos #7,8,and 9 may possibly be of 716 Lockwood Avenue... as this address is right next door to where the Treloar Family had lived. The photos were originally a part of the Treloar Collection.
Compare the photos below to the #7, 8, 9 above. The house profile remains the same... appearing almost to have once been two separate houses. In #7 above, it had appeared to be two separate houses... today it is obviously one house with the appearance of having once been two houses.. YES, the Wingate house is definitely the same house as 716 Lockwood Avenue, Petoskey, Michigan.
Did houses in #10 sit on the corner of Howard and Pearl streets in Petoskey, Michigan?
Contact webmaster. 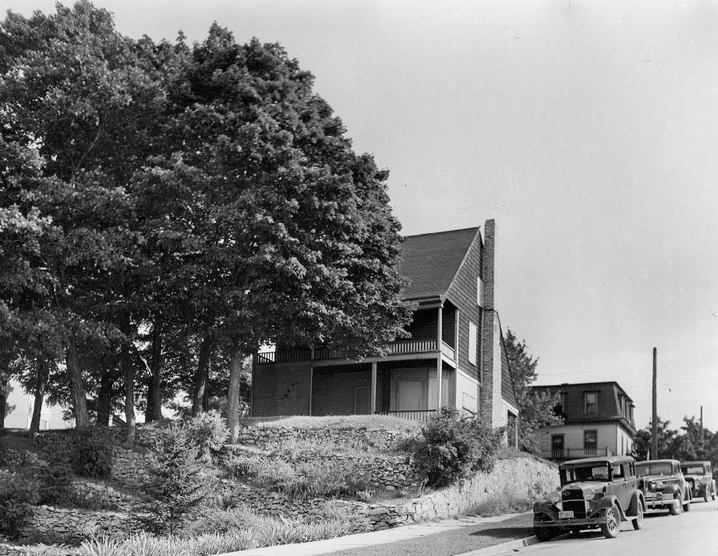 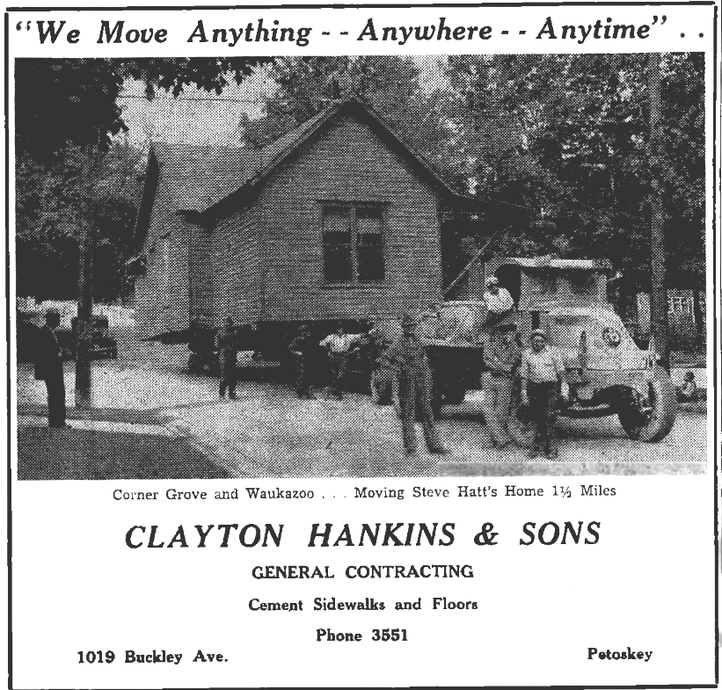