The Header Photo was taken in the Summer of 1941 at Camp Petosega on Pickerel Lake during the fly casting tournament. The tournament was one of the annual features held by the camp which was directed by Jim Templin (Jim "Chief" Templin talks on a YouTube video).
Northern Mich~Mash Preserve

ECBOC = Emmet County Board of Commissioners (Minutes~Legal Documents)
Jim Templin built the boys' camp and ran it from 1934 to 1954. By 1956 new purchasers, and educators, Leonard Baruch and Bertrand Sandweiss had started a camp for Jewish children. The camp closed in 1974. The Emmet County Board of Commissioners purchased the Camp Petosega land in 1992. The county has refurbished the remaining cabins, and developed amenities. 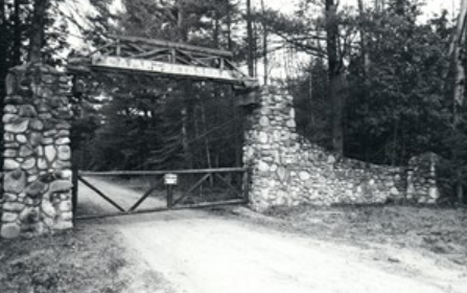 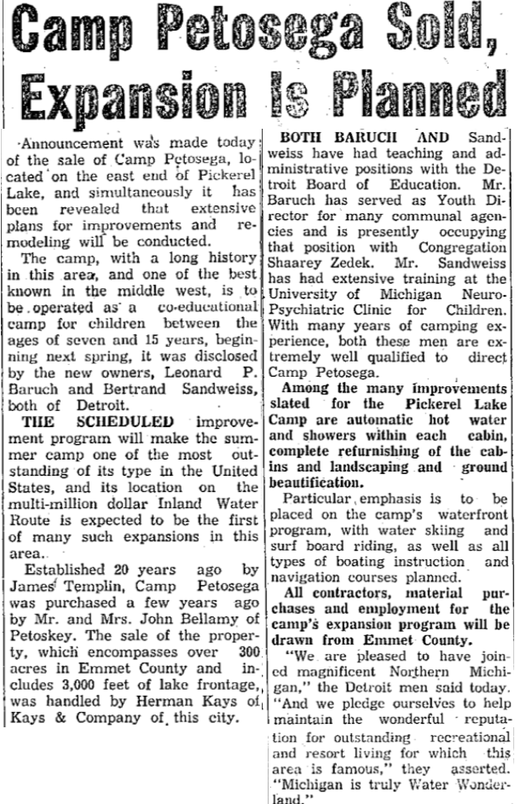 31 October 1955 ~ Petoskey News Review
Cabins were moved from Jones Landing on Walloon Lake to Camp Petosega in about 2009. At that time the Emmet County Board of Commissioners funded the removal of electrical poles and wires, to install underground wiring and hook-up for the buildings. 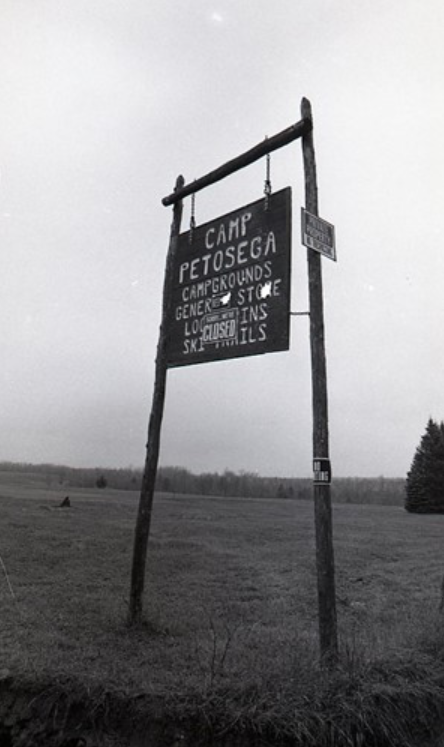 Camp Petosega Entryway ~ Greenwood Photo Archive Collection from Petoskey Newspaper (1986)
Photo Below: Posted on this Northern Mich~Mash Preserve web site only by permission from
remarkable photographer and videographer Charles Dawley of Up North Imaging.
Camp Petosega is located on Pickerel Lake.
The old landing strip is still visible on the far upper right in the area of the hangar building.
Jim Templin, original Petosega Camp Director was also a pilot and used the hangar.
Access additional information about the hangar and the air strip on this web site by clicking HERE.

28 August 2014 ~ Charles Dawley (permission to post only on this Northern Mich~Mash Preserve web site).
In 2018-19 Trans Canada (at their cost) is moving many Camp Petosega campsites
because the gas company's underground pipelines are located too close to the campsites,
which legally, requires moving. 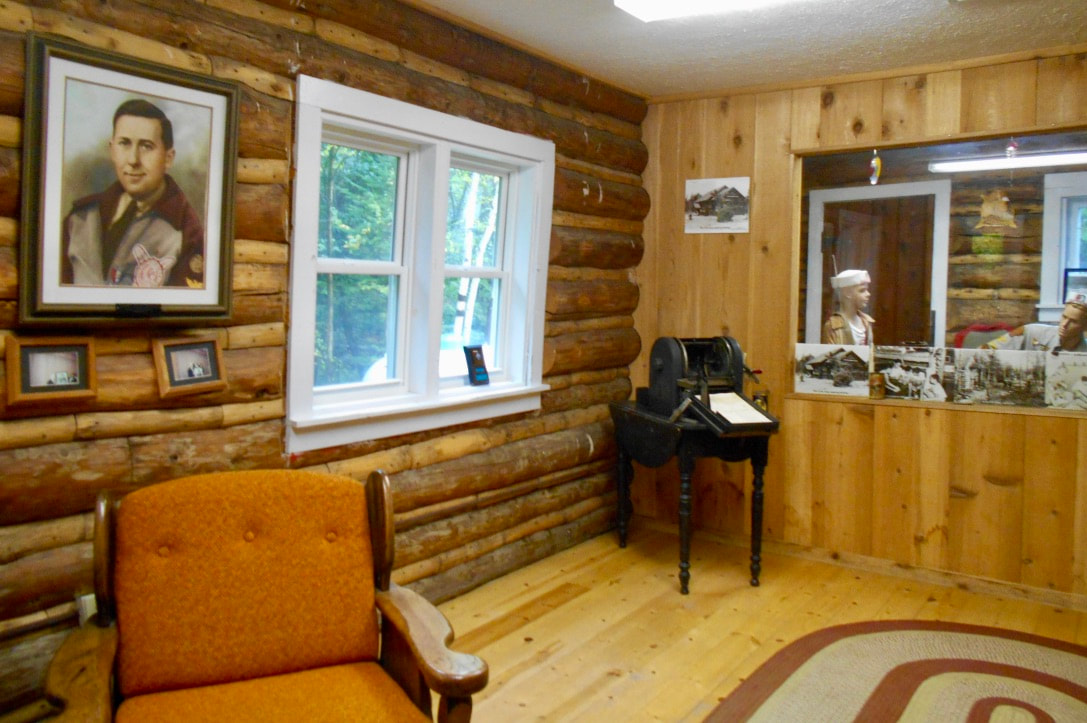 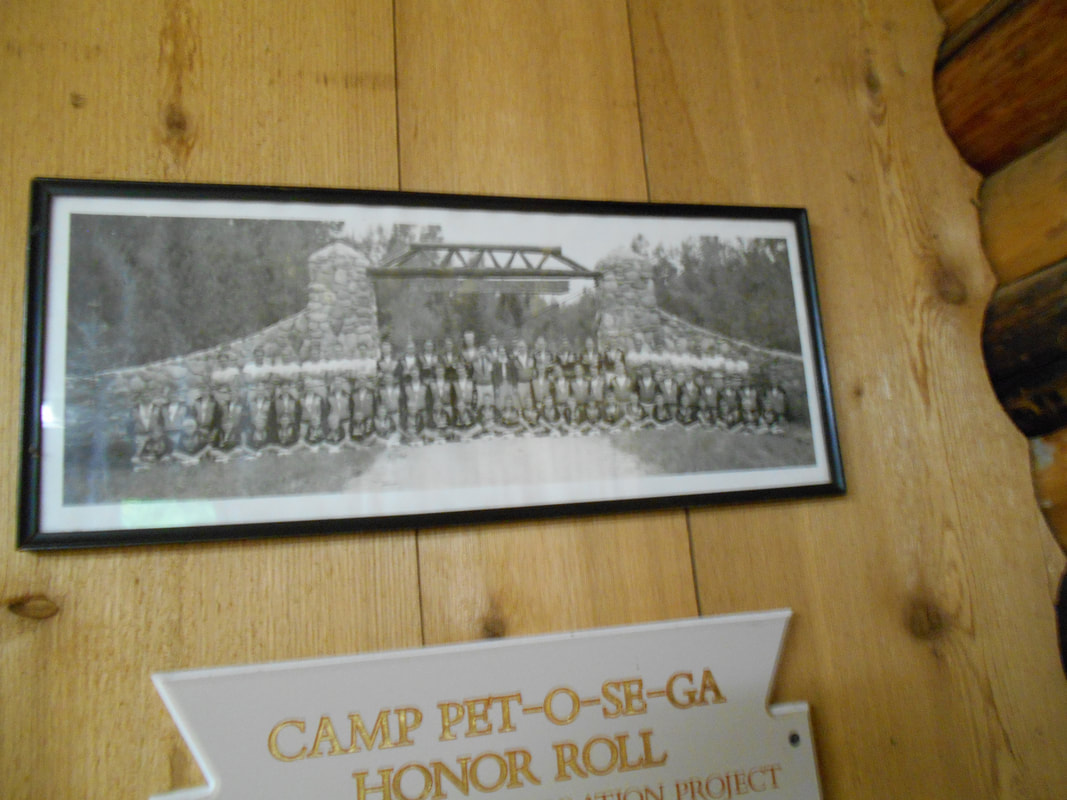 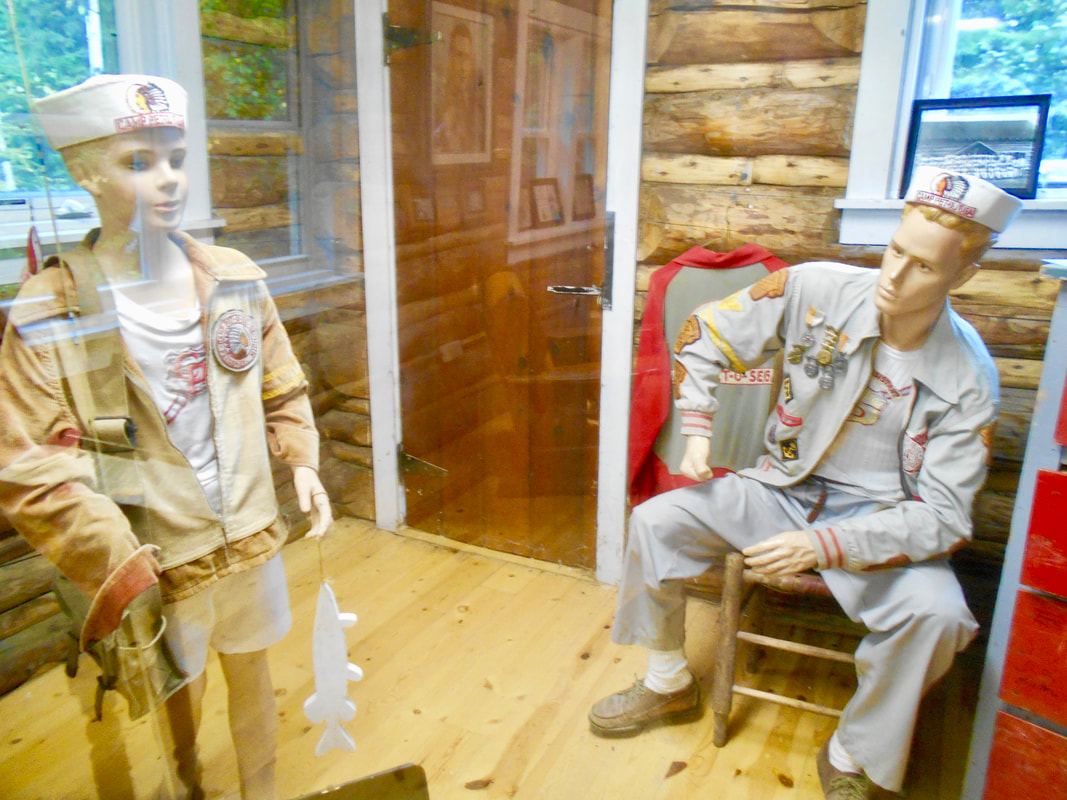 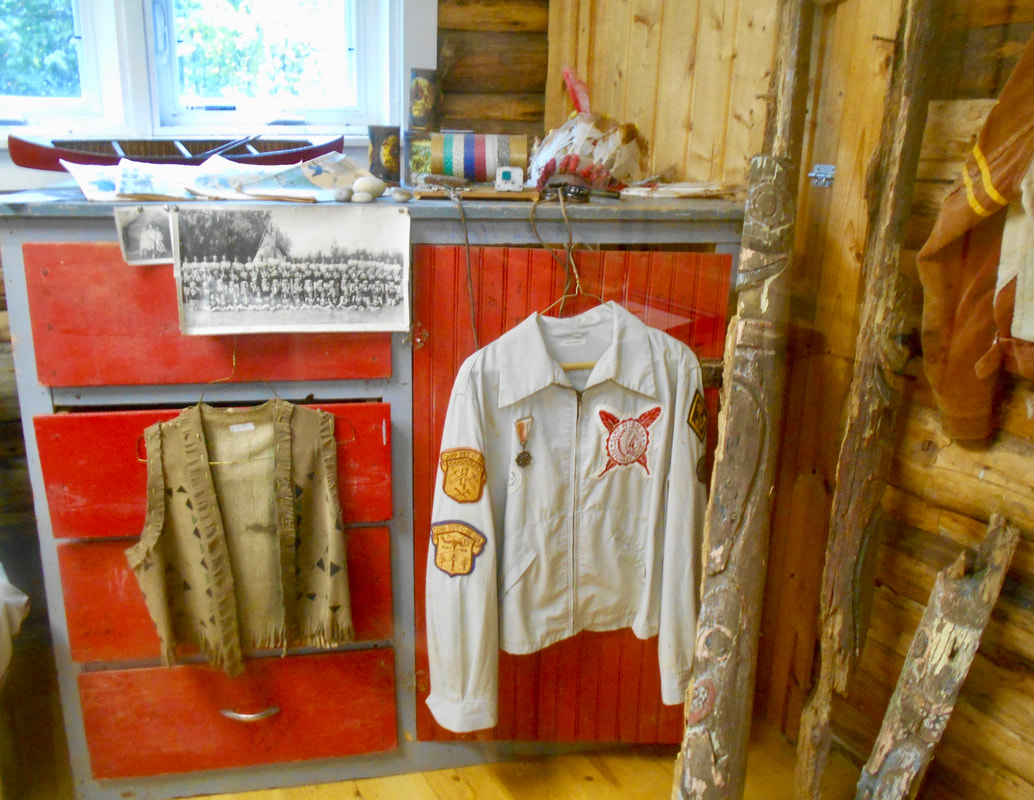 10 November 2019 ~ Camp Petosega Museum
Museum Photos Above:
The Camp Petosega Museum is being removed from this cabin as shown in photos above...
This cabin will be renovated into a rent revenue generating cabin from Emmet County.
Beginning in the Summer of 2018, TransCanada made arrangements with Emmet County to move campsites on the south end of Camp Petosega because those sites were legally too close to the pipelines. The company paid the county $1.6 million to move and rebuild the sites. The actual costs came in less, so the Peotskey News Review reported on 9 May 2020 that the county would be spending the leftover money on other projects, like restoring two of the log cabins, repairing the stone gateway to the camp (seen in photos above), and repairing the roadway near the entrance to he beach area. Photos that had been presented in the last months of 2019 (shown below), of the new playground that was built with this money, did not appear to be ADA compliant, and if so, is NOT legal. Public comment of that concern was ignored.
Photo Below: This existing Petosega playground is closer to the Crooked Lake waters,
is obviously ADA compliant.