This page is arranged alphabetically by TOPIC.
~ Baths ~
(Electro-Medicated, Vapor, Turkish, and Shower) 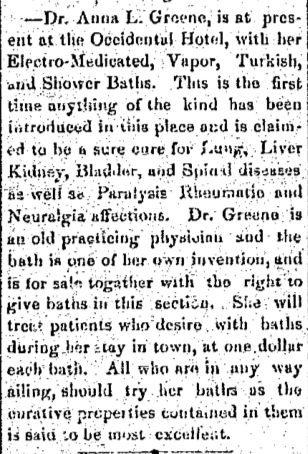 19 November 1880 ~ Emmet County Democrat
~ Dr. Beaumont ~
1878 Article Below: In early years, Emmet County was part of Michilimackinac County.
The experiment that Dr. Beaumont carried out on Alex Lanata is still admired in 2019.
The place of the experiment is still accessible on Mackinac Island near the fort.
This article below documents the amount of money that Dr. Wm. Beaumont was paid for her services. 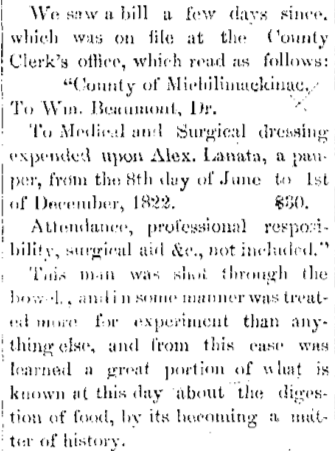 7 May 1920 ~ Charlevoix County Herald
EXPANSION
~~~~~~~~~
PRE-BUILDING
of
Burns Clinic and Little Traverse Hospital
(Possibly 1930s)
Location of Clinic and Hospital is the upper left corner area of photo below... 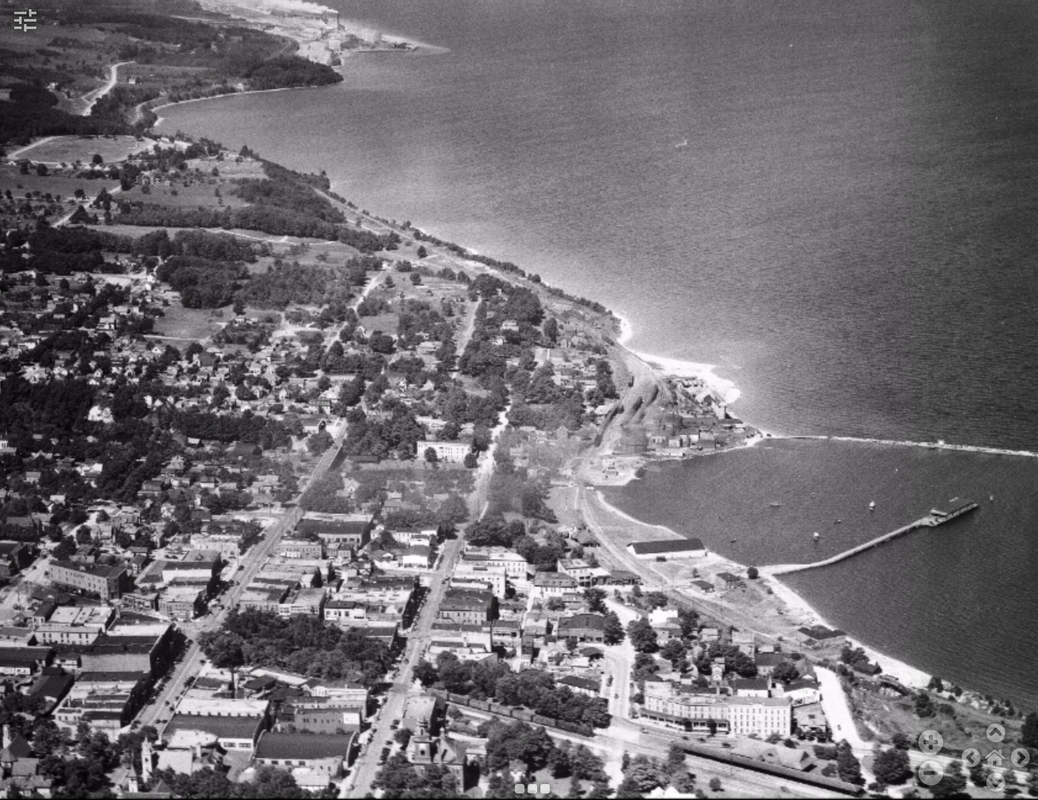 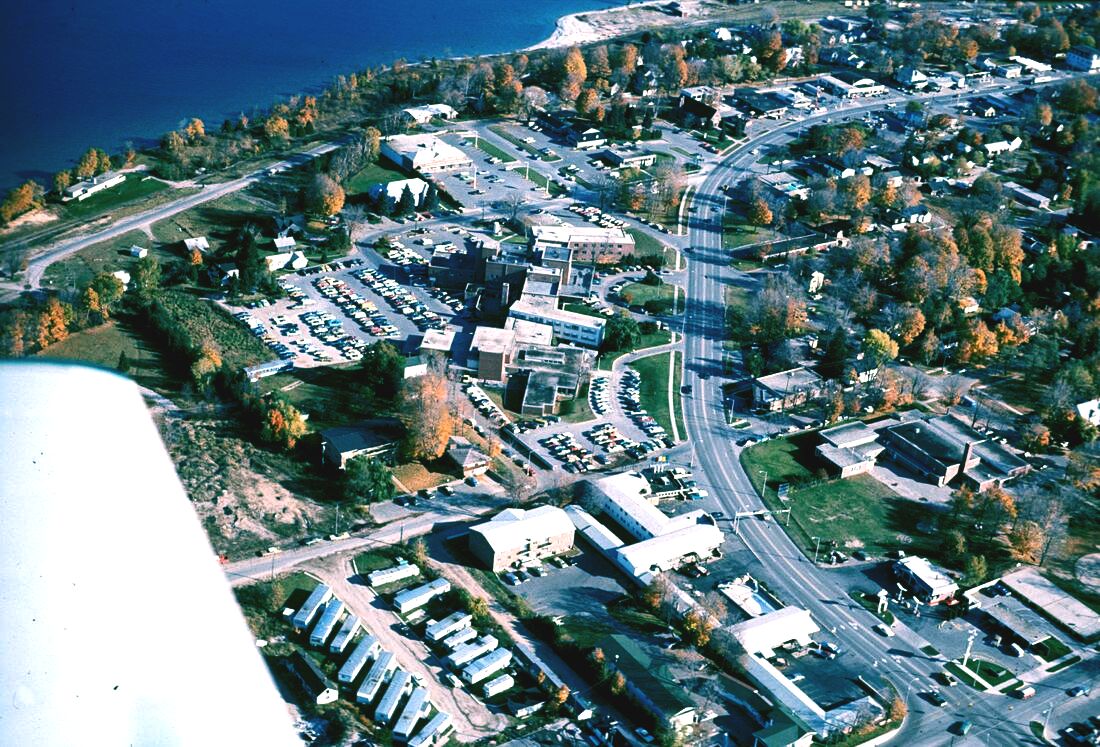 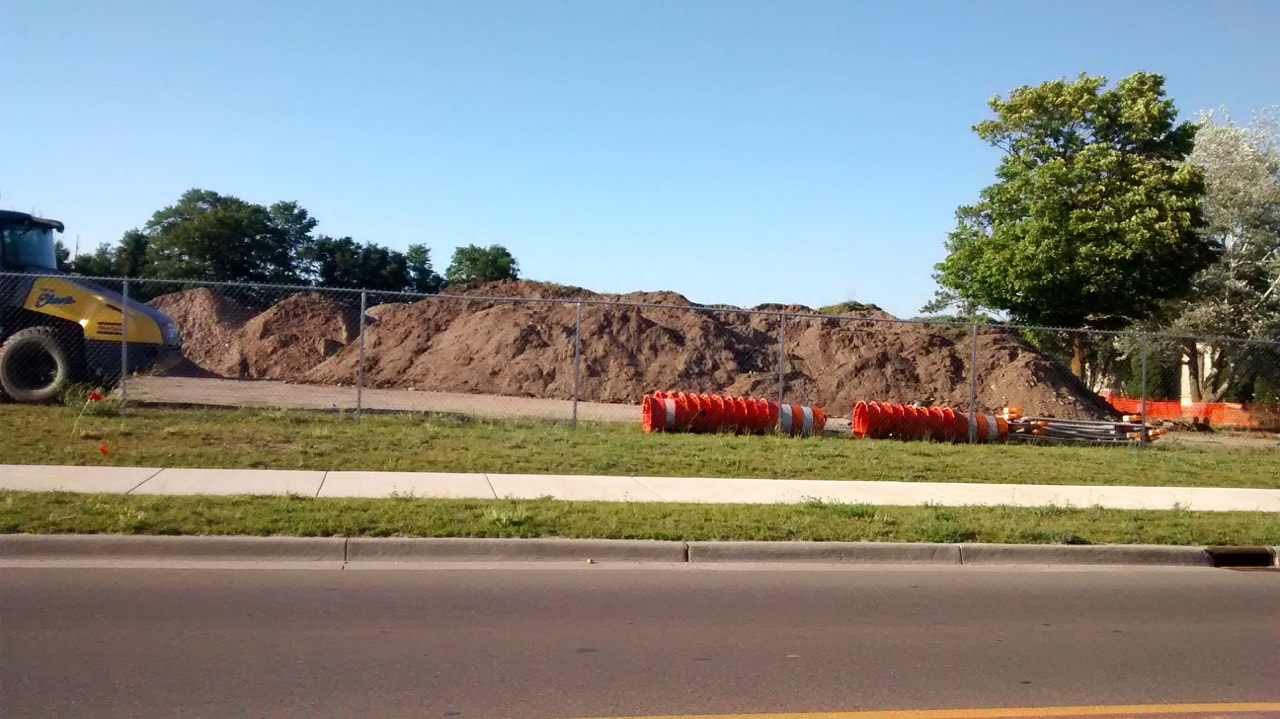 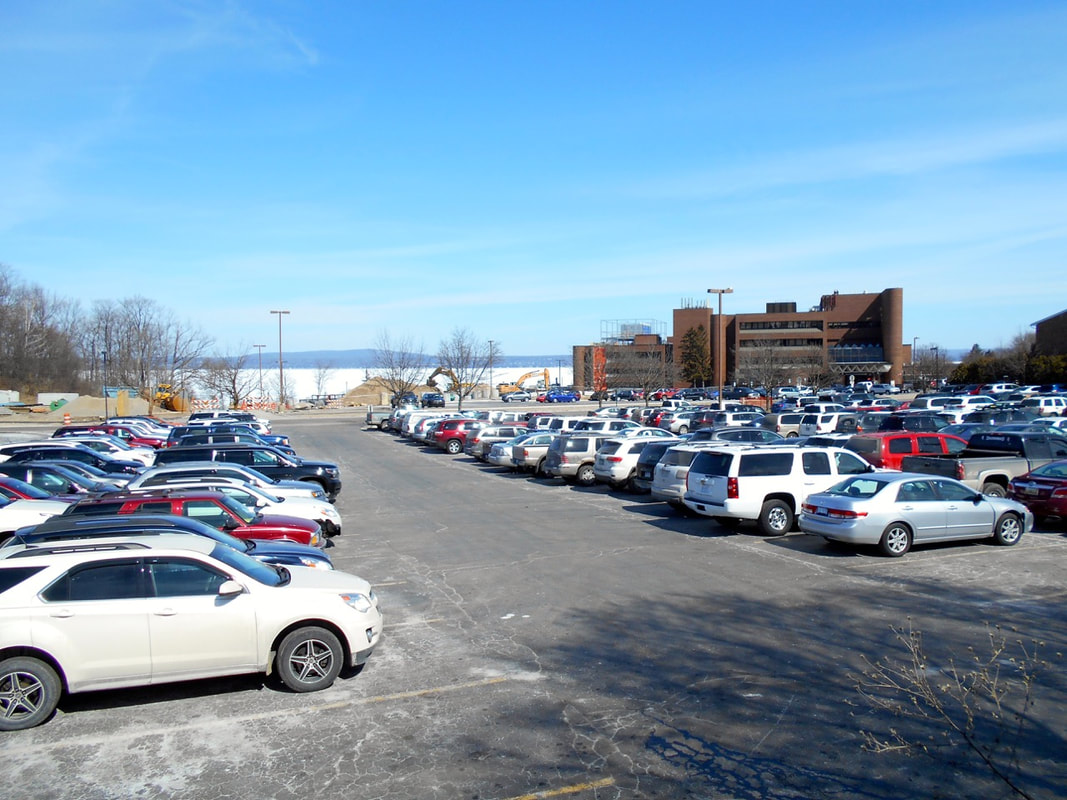 26 March 2018 ~ A Trailer Sized something? had been added to the top of the original building... Compare to photo above 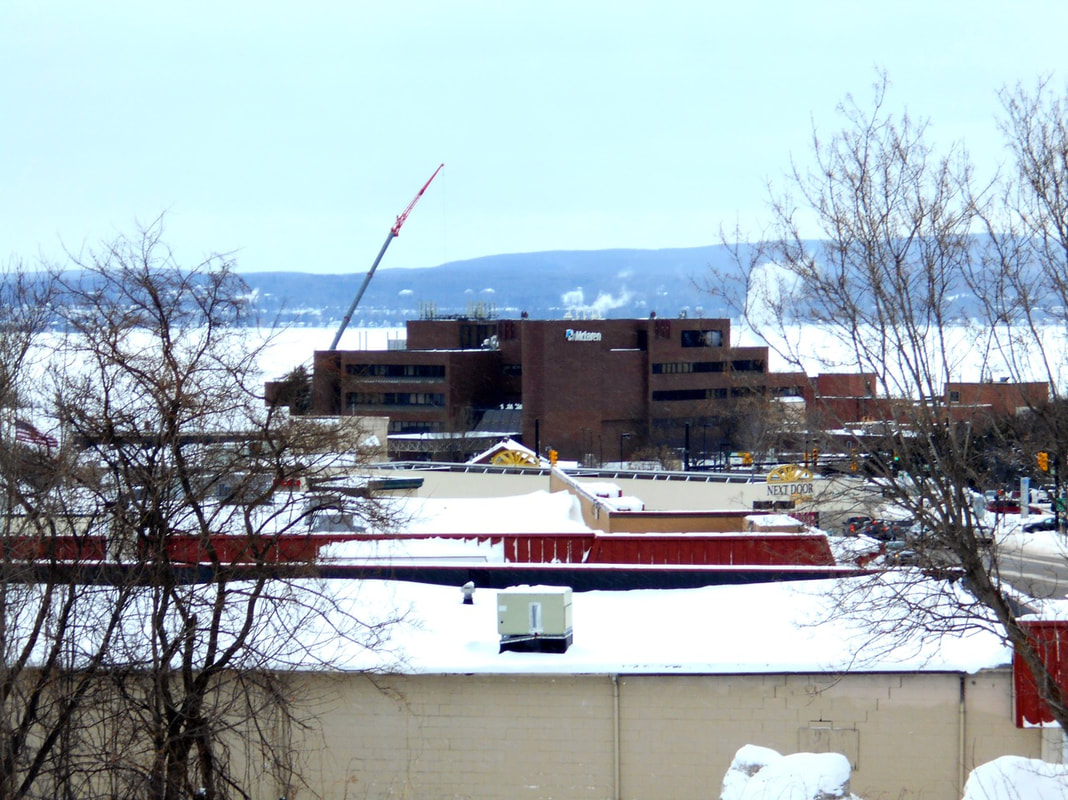 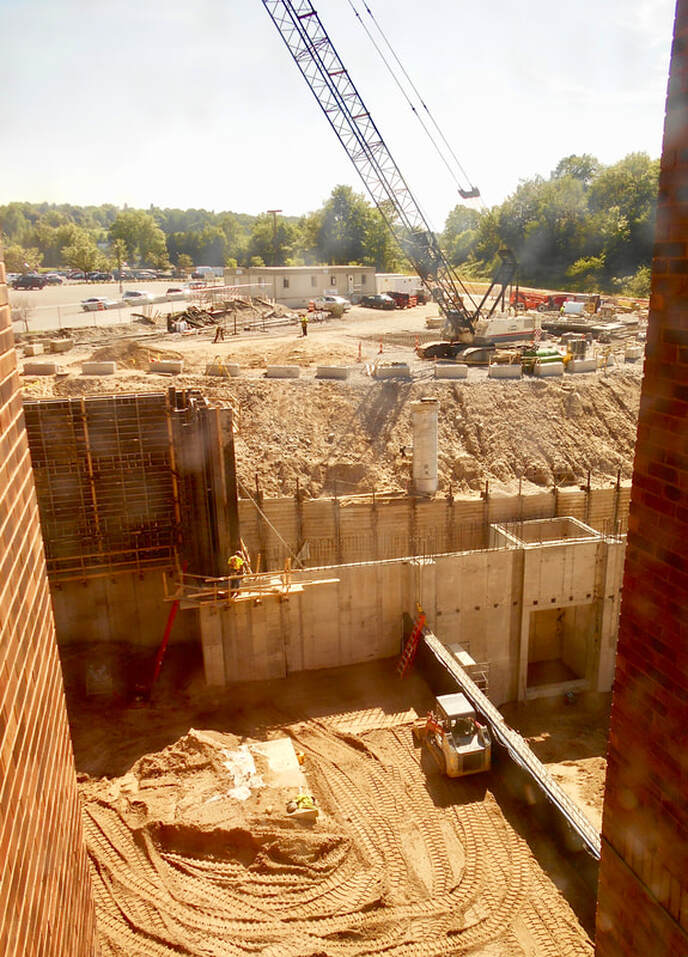 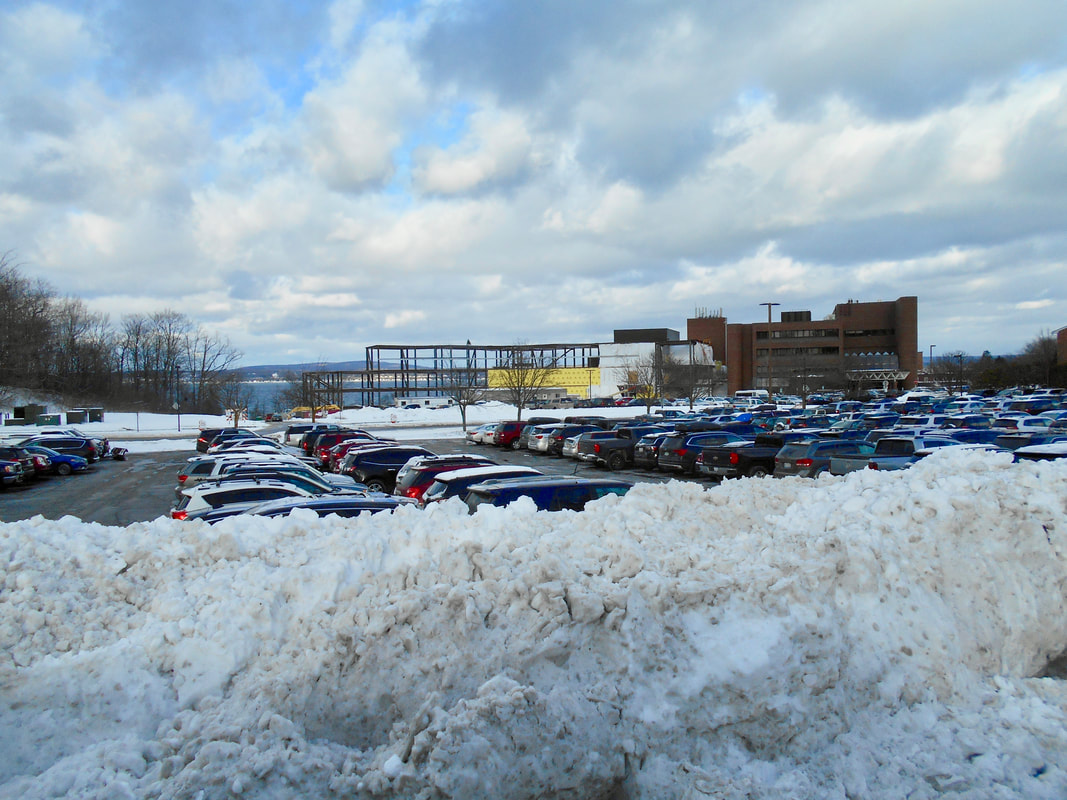 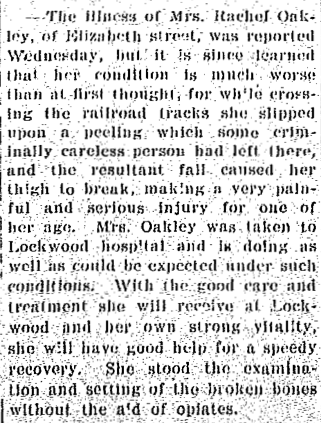 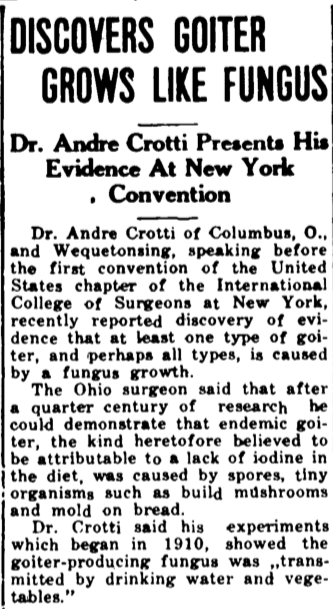 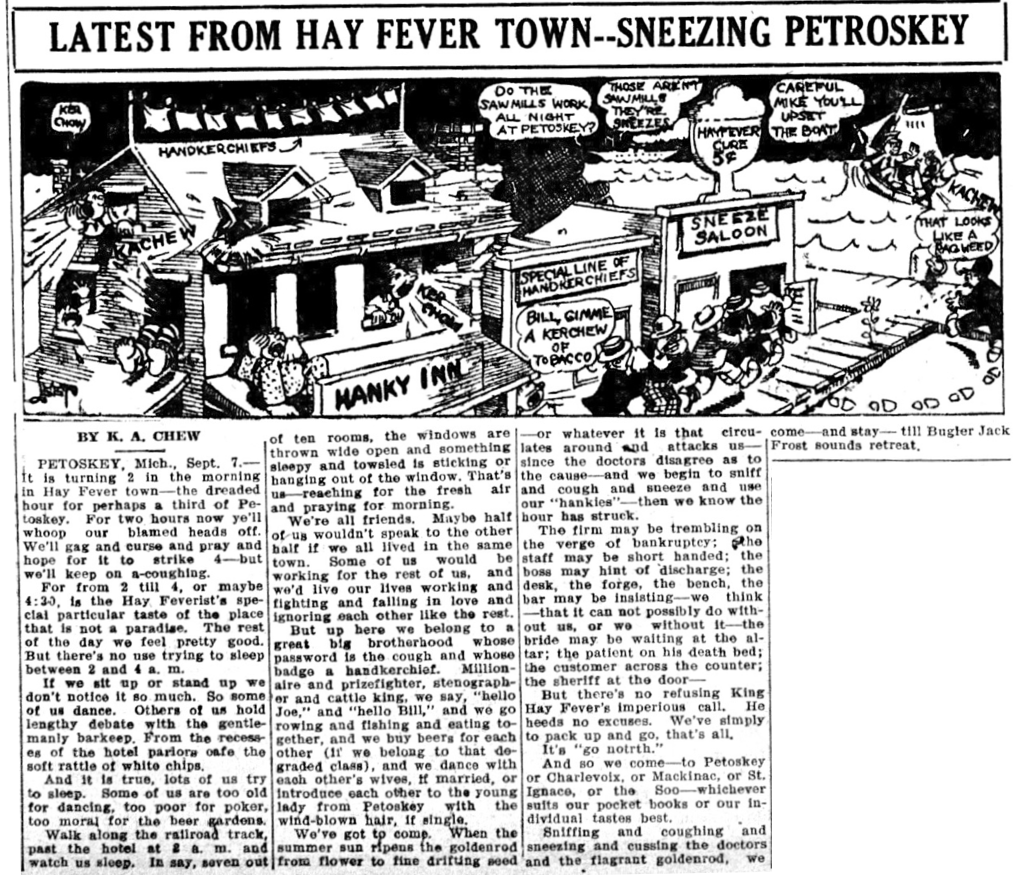 "When dust is on the ragweed, and the ragweed's in yer nose, When yer nose is full o'sneezin', and the sneezin' full o' woes; Then's come the time to pack your duds and quickly git away; Petoskey is the Mecca then, why don't you come and stay?

When dust is on the ragweed, and the ragweed's in yer nose, And you keep a-sneezin, sneezin' till it lifts you off your toes, Why don't you buy yer ticket quick and git across the land? Petoskey is the Mecca then, for all the sufferin' band.

Petoskey's got the atmosphere, without the other stuff; You don't go sneezin' round as though you'd been a-takin' snuff; But all the summer long you find you're scoopin' in the health, While hotels and the Midway are a scoopin' in the wealth.

There's lots o' fun an' frolic here, there's lots of things to do; And if religion's what you want, they got that at Bay View. So come along without delay, and don't forgit yer tin; The hotels an' the Midway, all '11 kindly take you in.

And when the frost has nipped the fields, and the ragweed's lost its grip, Then you can pack yer duds agin and take the homeward trip. An' don't fergit to take along some souv'nirs of yer stay, And don't fergit we'd like to see you back agin some day.'"
~ FIRST Open Heart Surgery at Little Traverse Hospital ~ 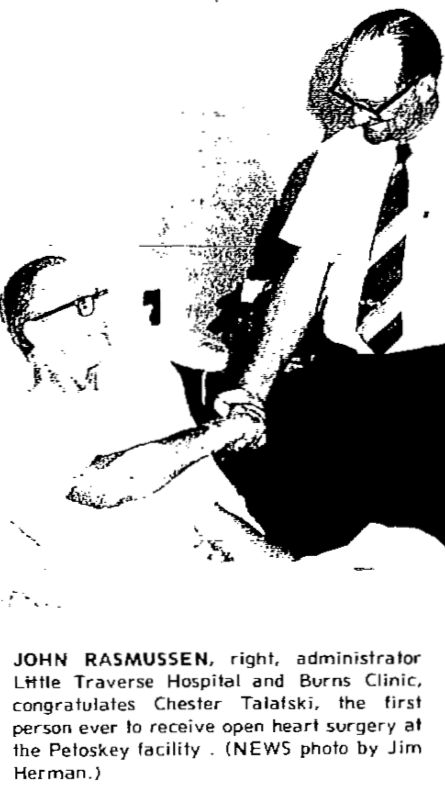 20 August 1973 ~ Petoskey News Review
~ Lou Gehrig Disease ~
While Lou Gehrig had no local area connection, the disease he had that was named after him,
has certainly affected members of the local community. 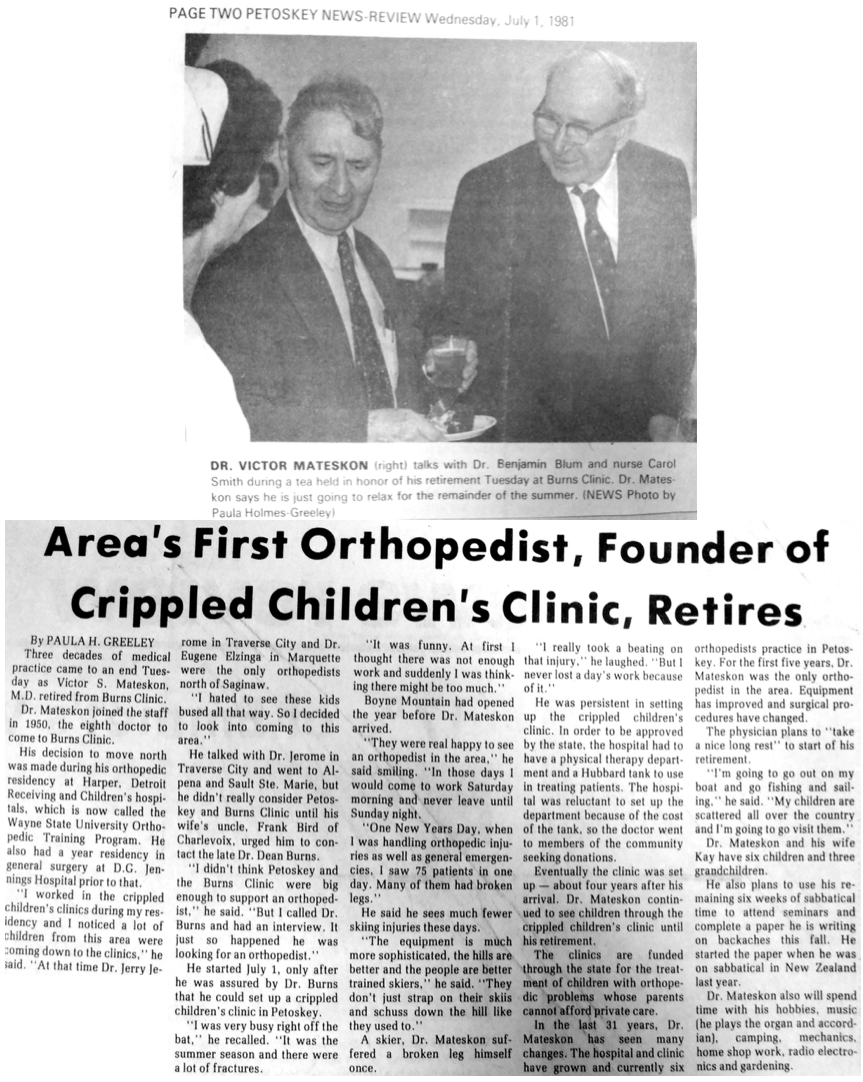 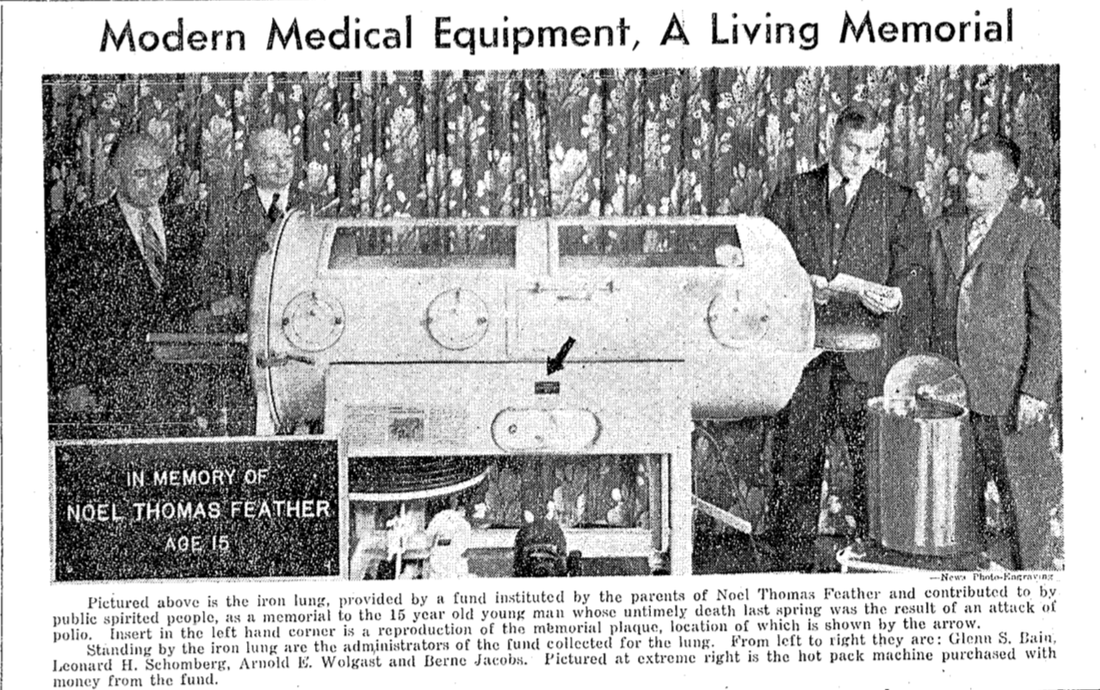 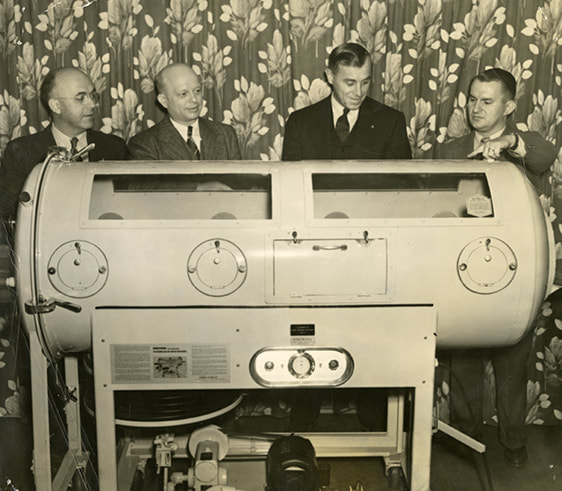 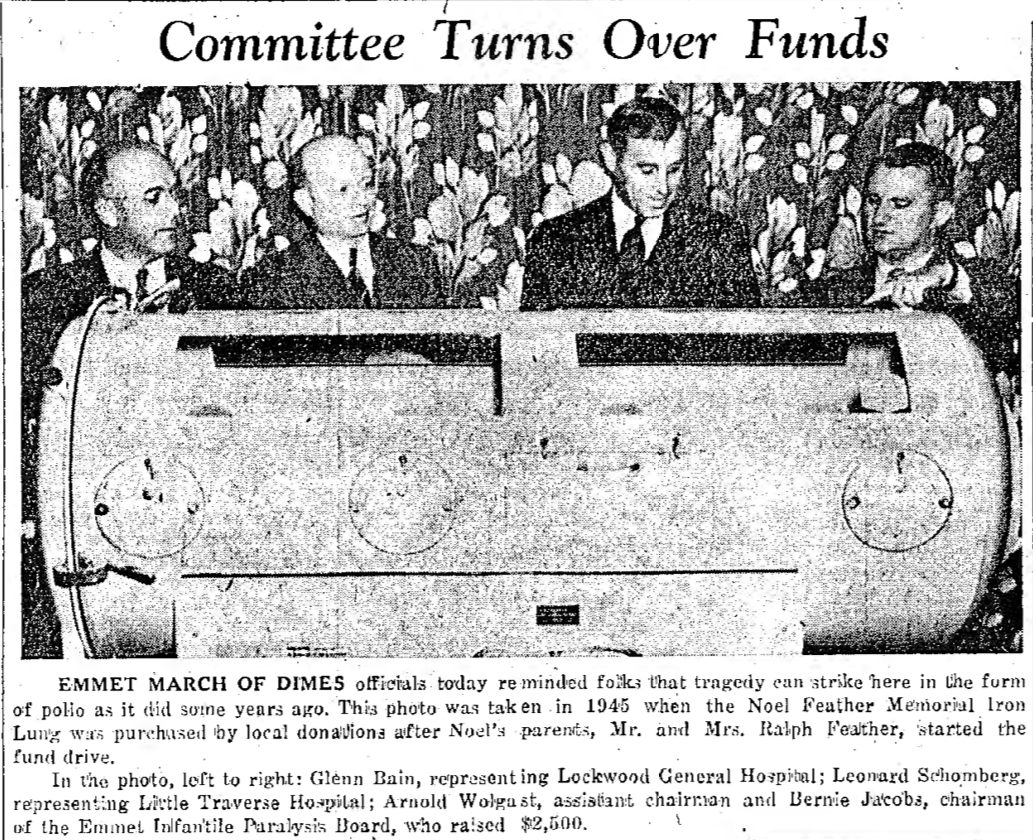 16 January 1954 ~ Petoskey Evening News photo with the article below... 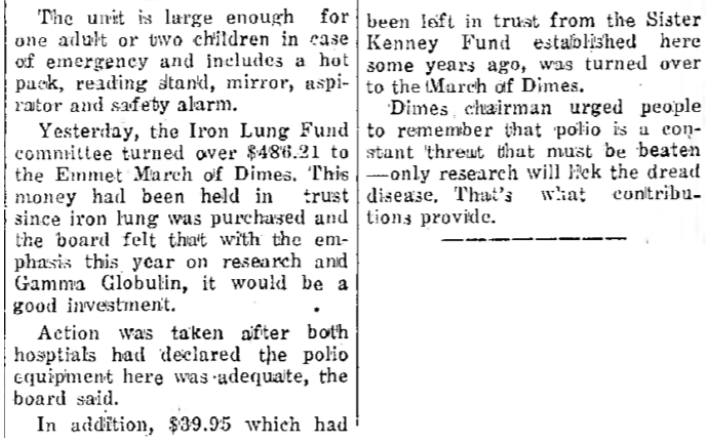 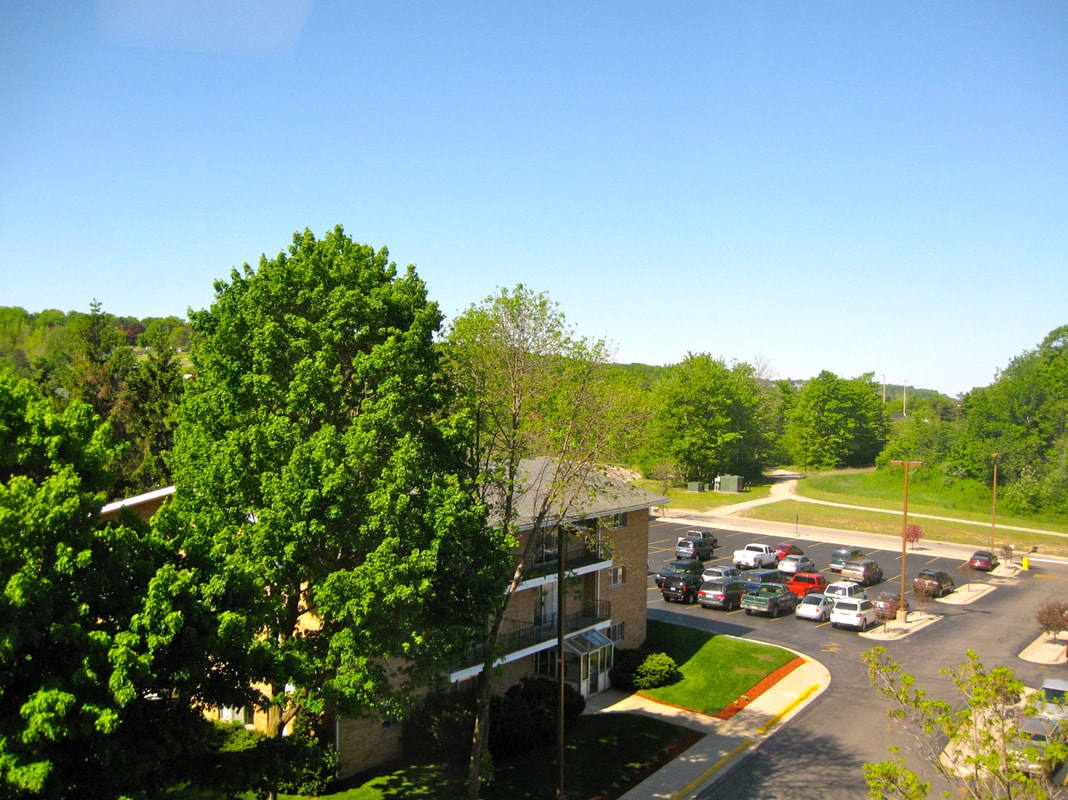 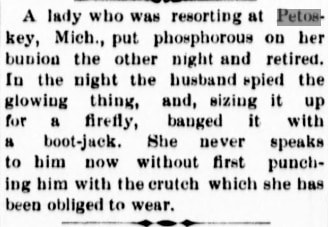 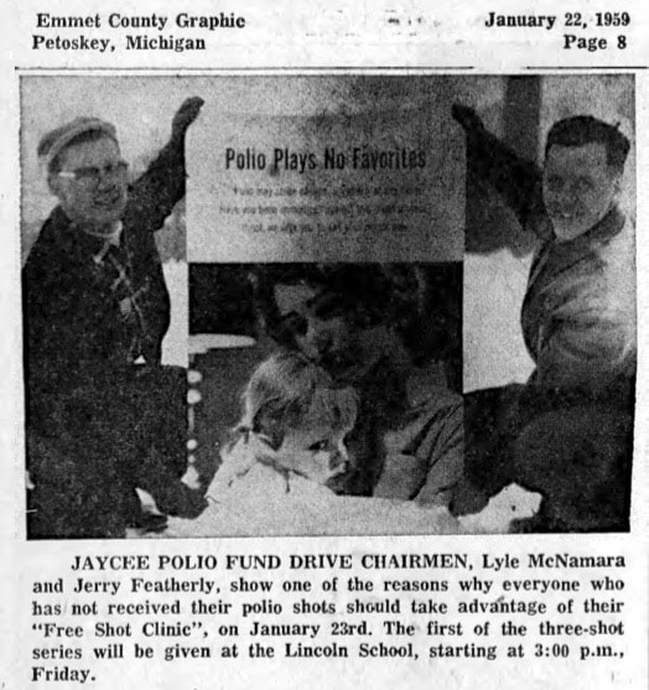 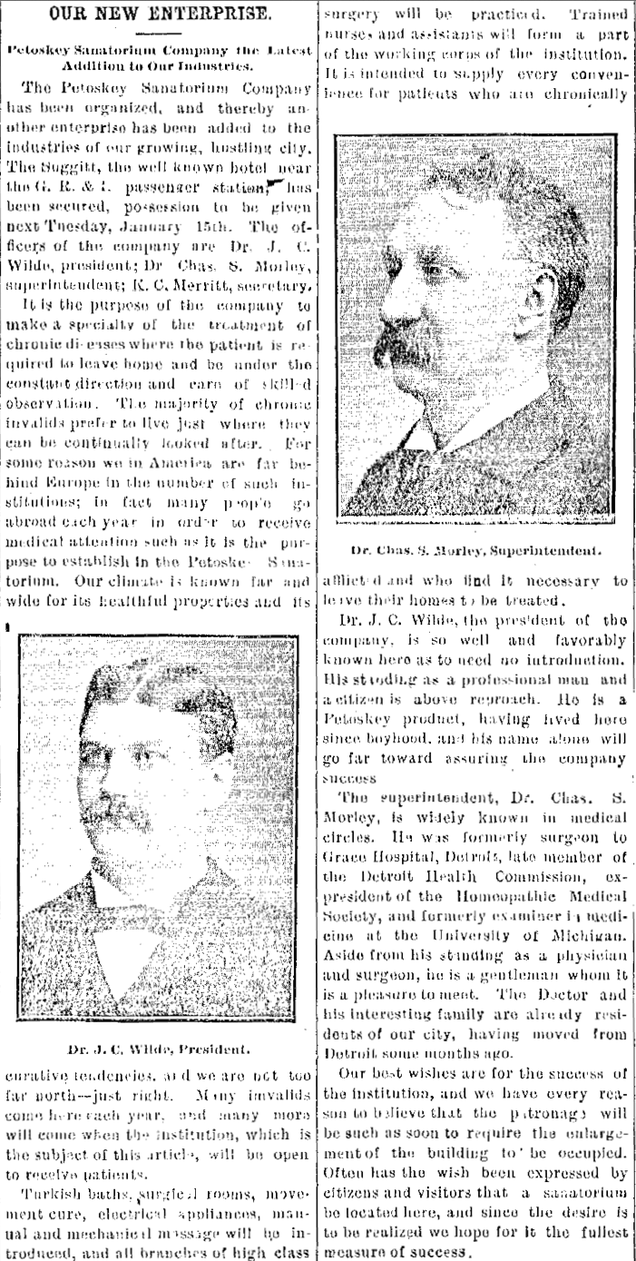 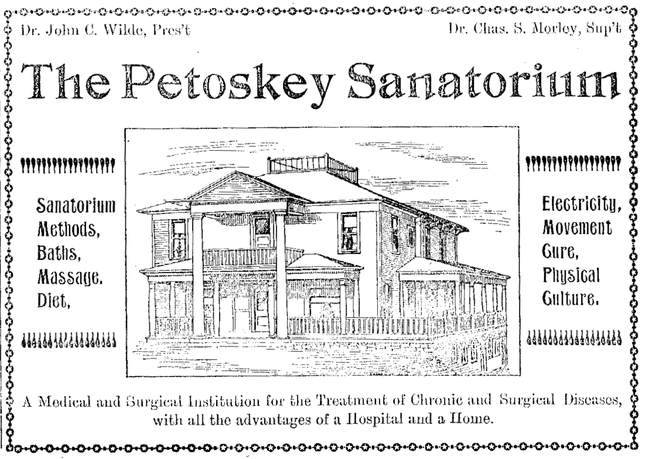 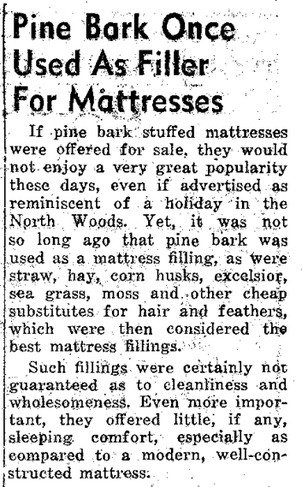 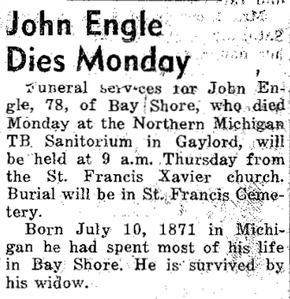 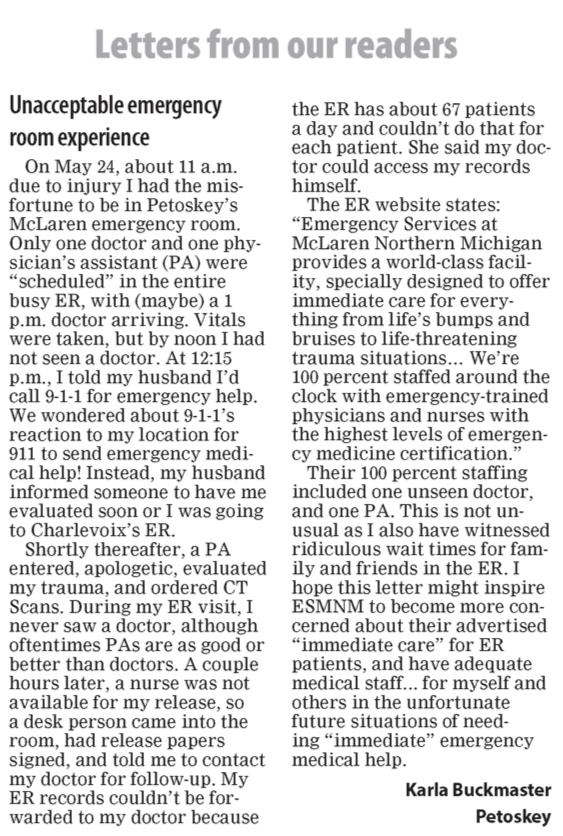 31 May 2016 ~ Petoskey News Review
An extensive amount of information about the history of the medical field in Petoskey, Michigan,
may be found on the "Walloon Lake Wandering" web site on the "Medical" web page.