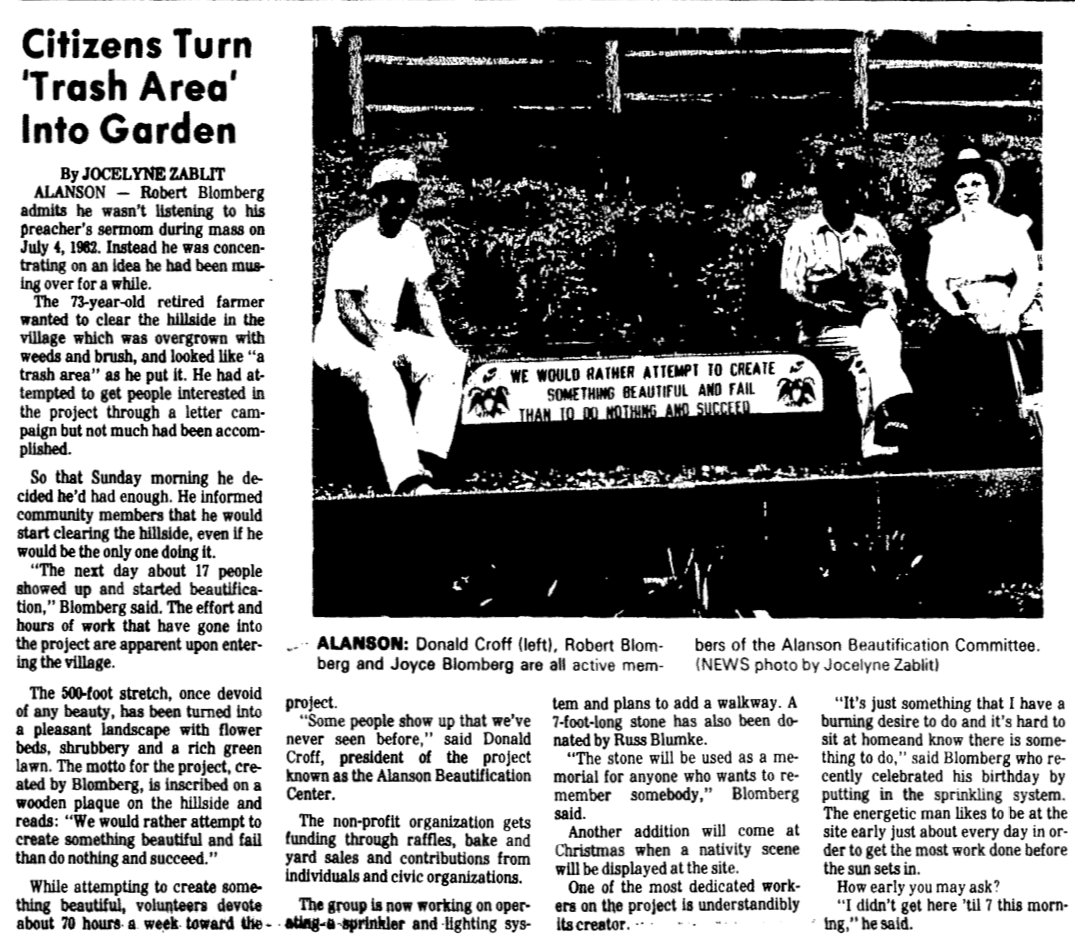 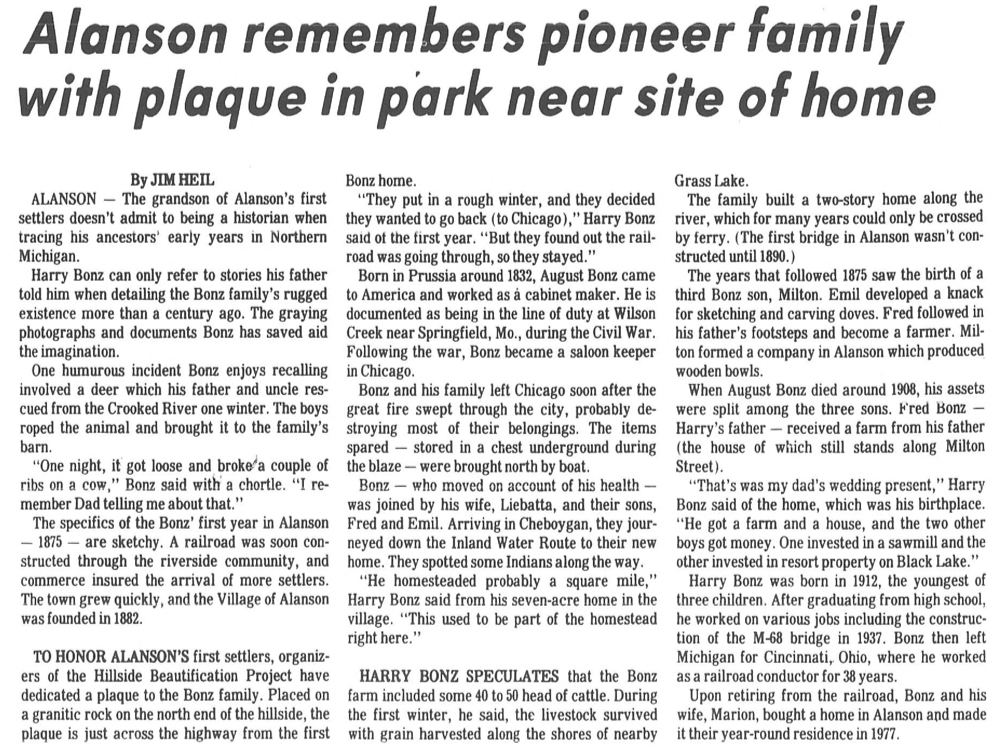 23 May 1985 ~ Petoskey News Review article accompanied the photo below... 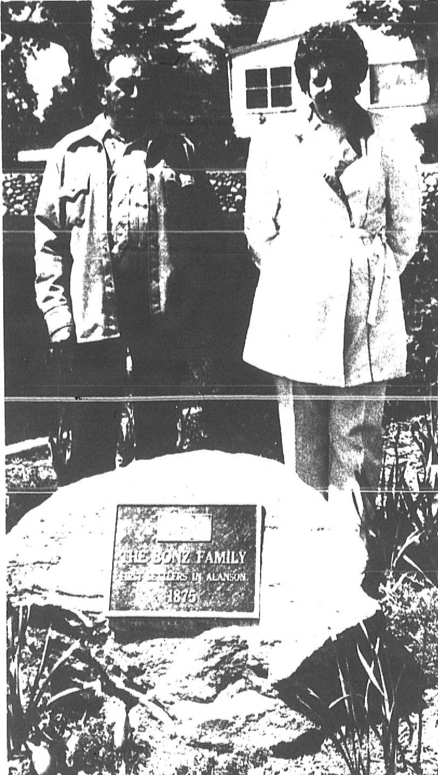 23 May 1985 ~ Petoskey News Review photo accompanied the article above...

2010 Census for Alanson ~ 738 People
Alanson's FIRST post office name in 1877 was Hinman.
Hinman was changed to Alanson, renamed for Mr. Alanson Cook, an official of the GR&I railroad. 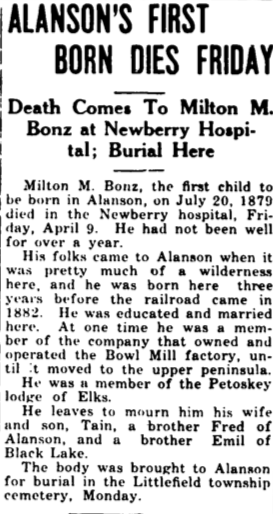 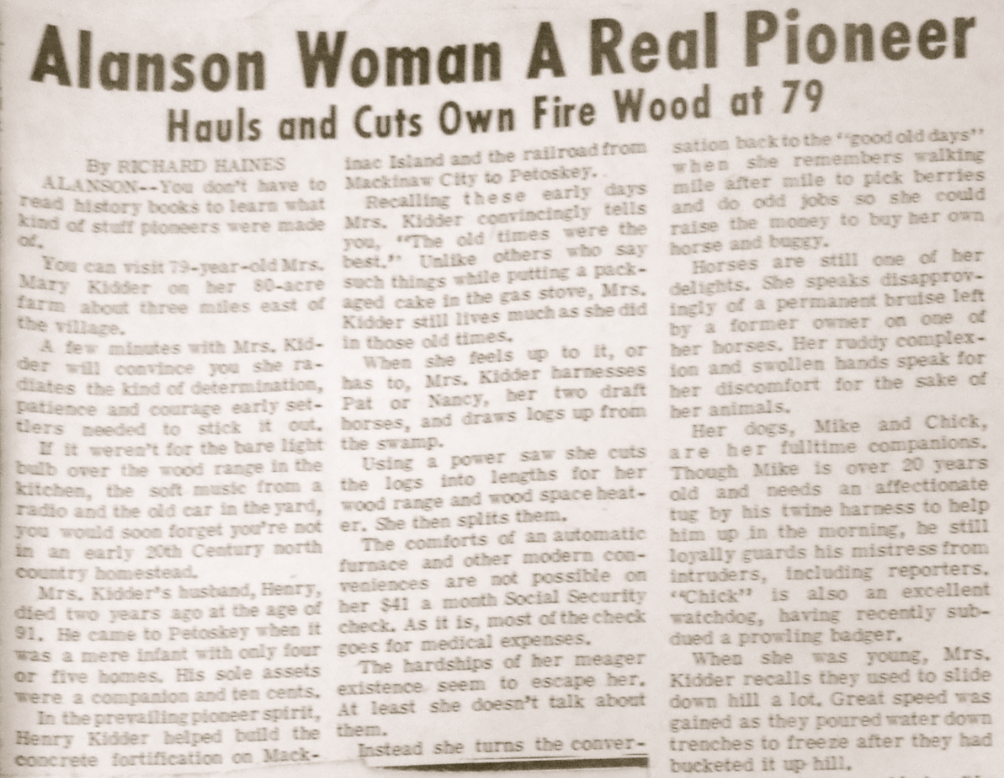 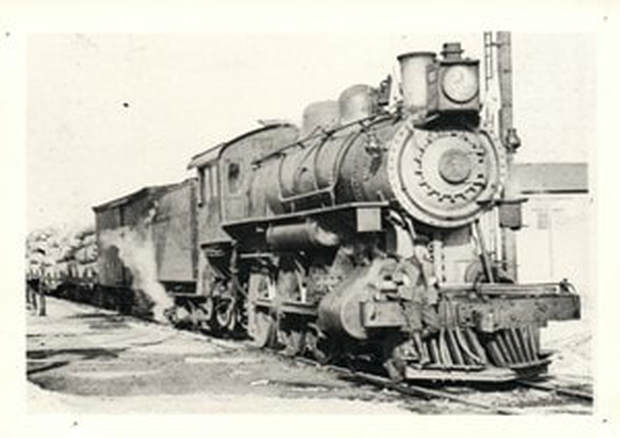 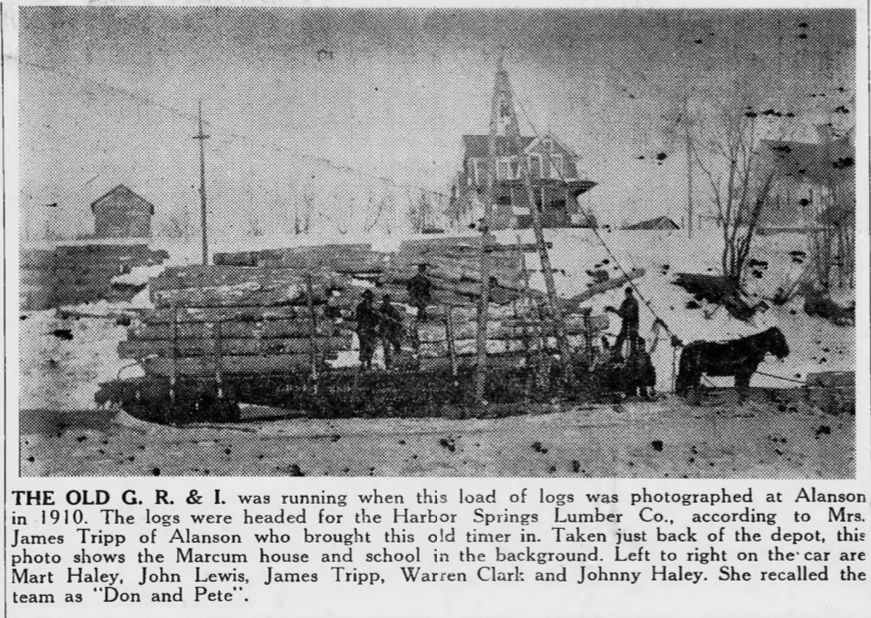 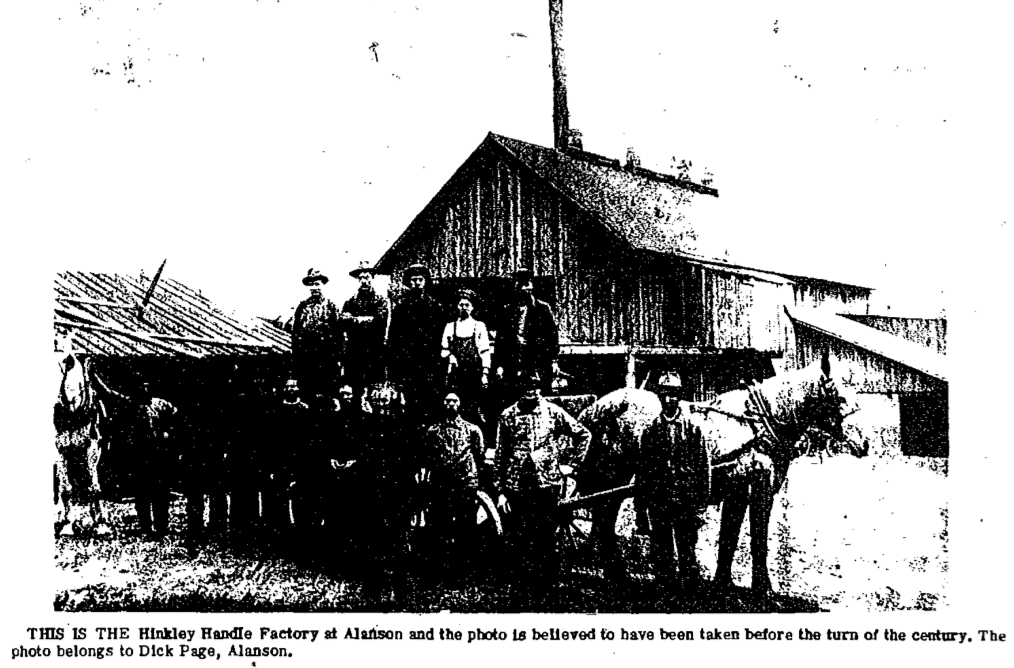 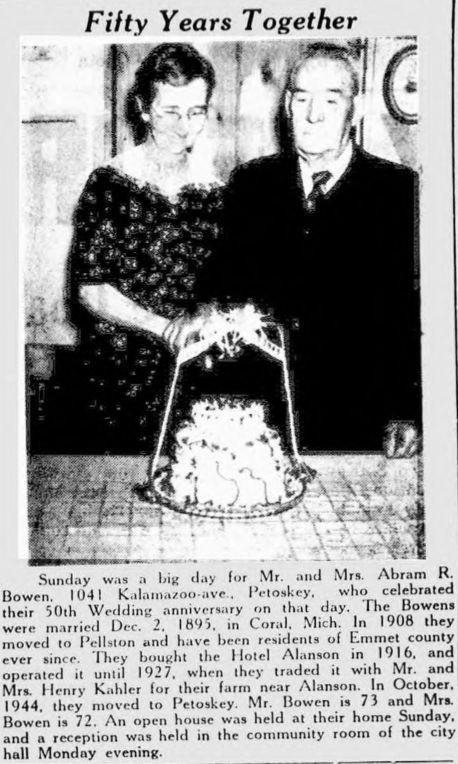 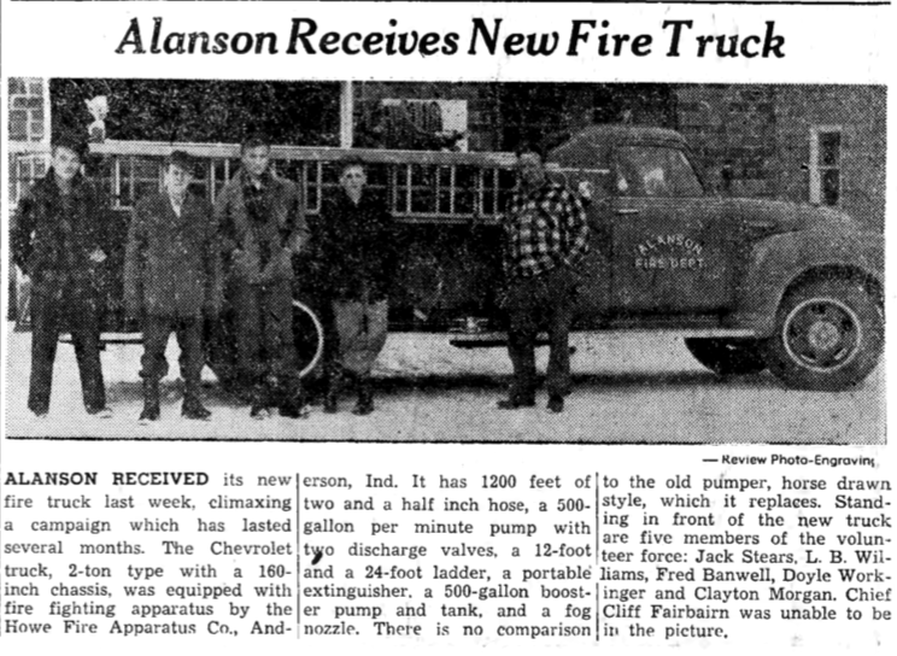 15 January 1948 ~ Northern Michigan Review article continued from above, and accompanied the photo from above...
~ Doyle's Food Market in Alanson ~
1948 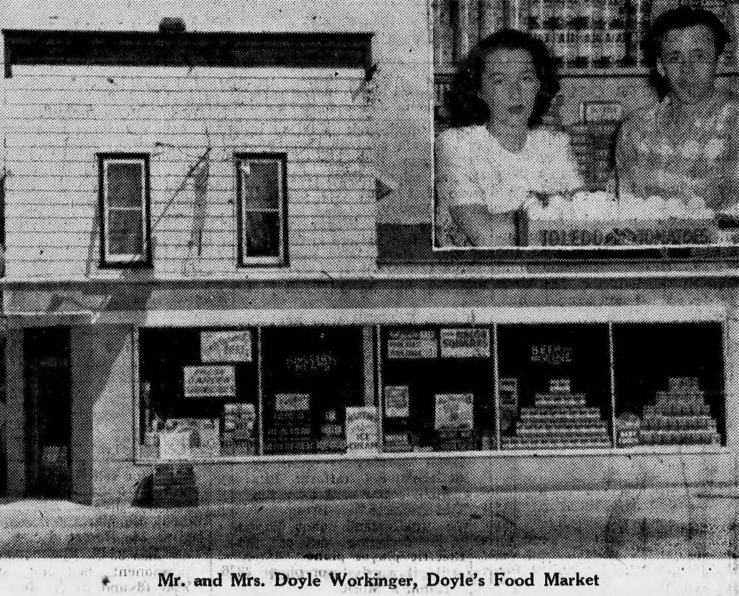 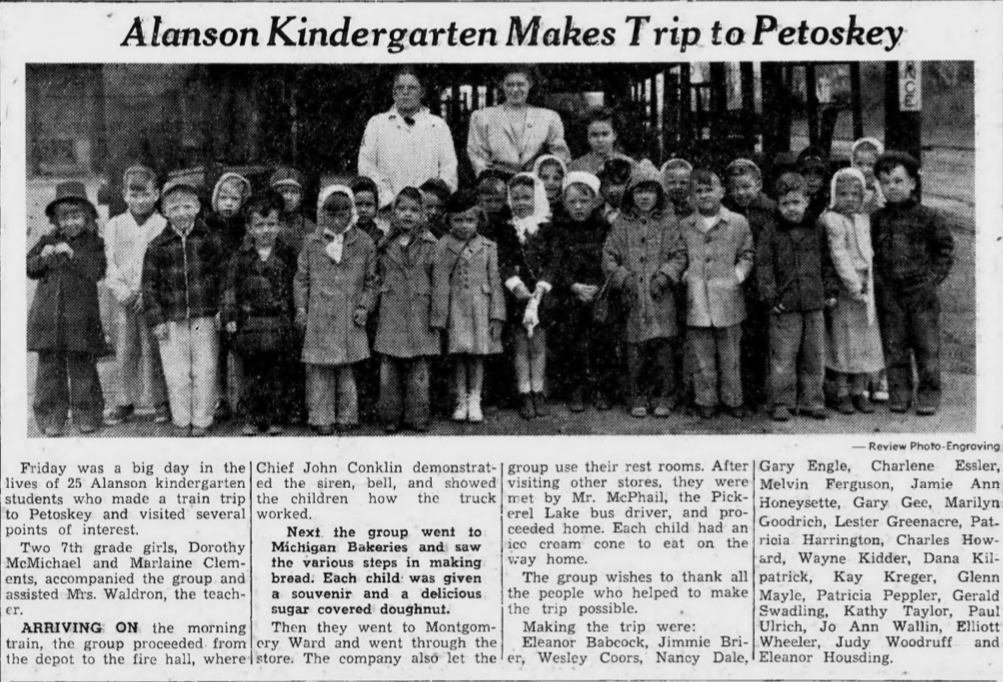 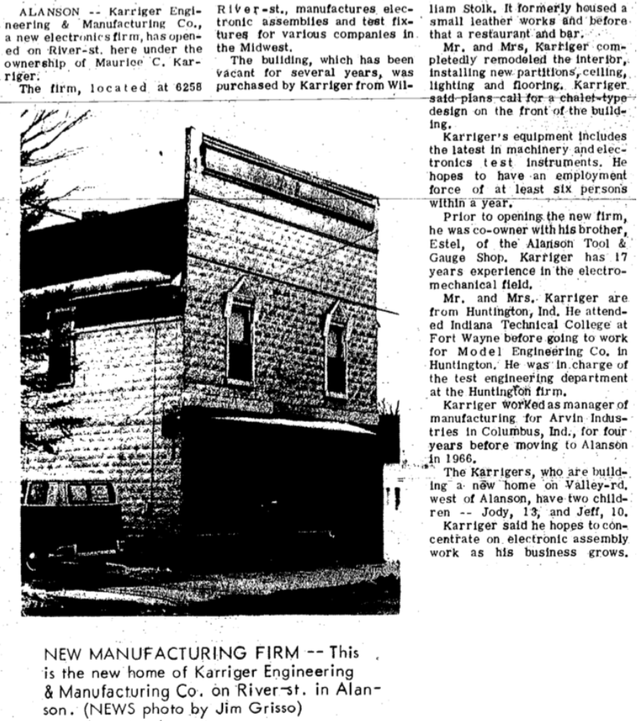 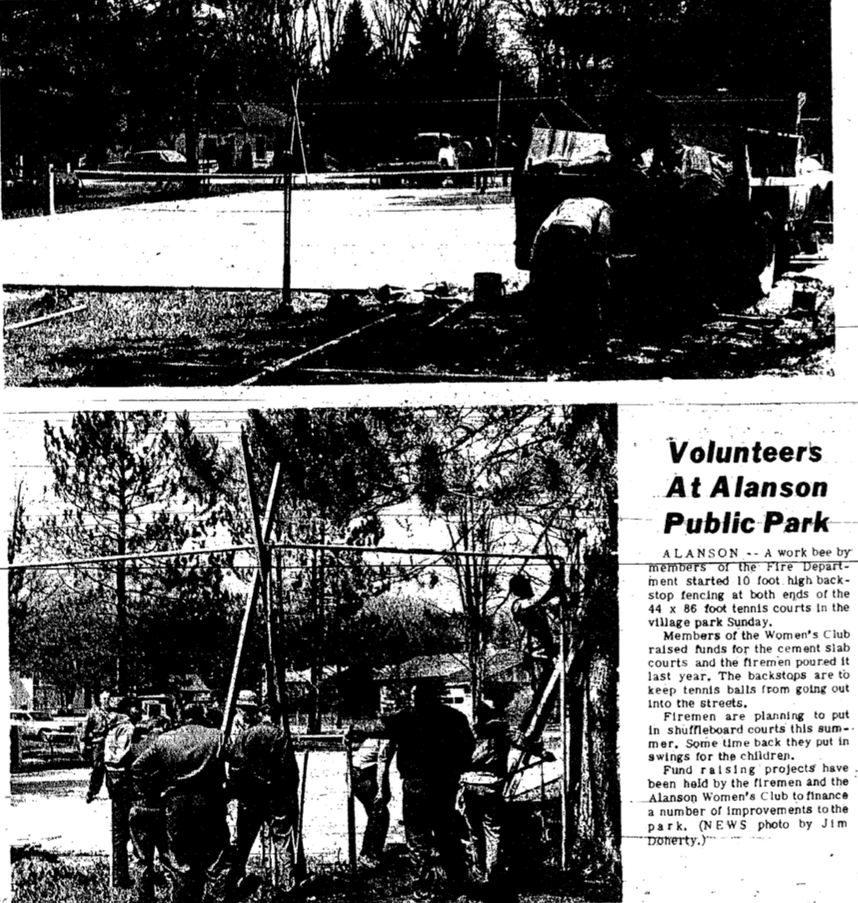 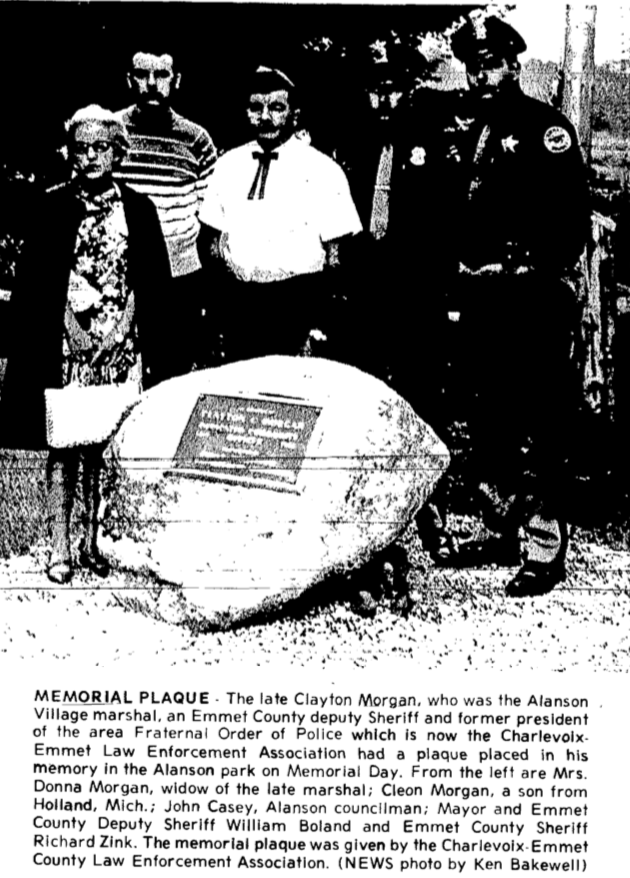 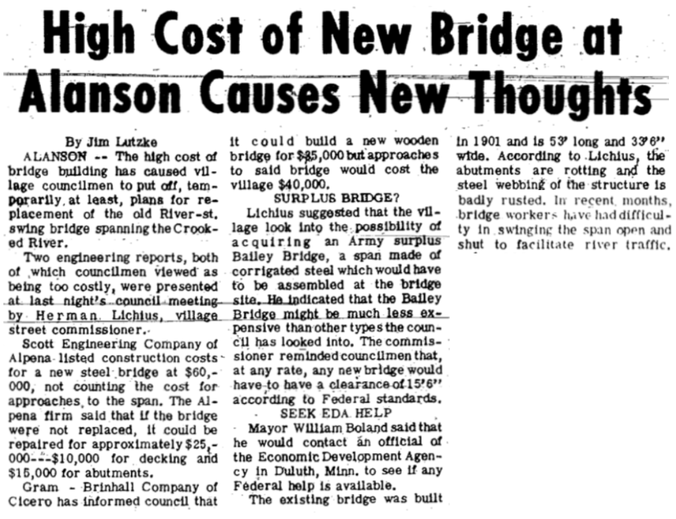 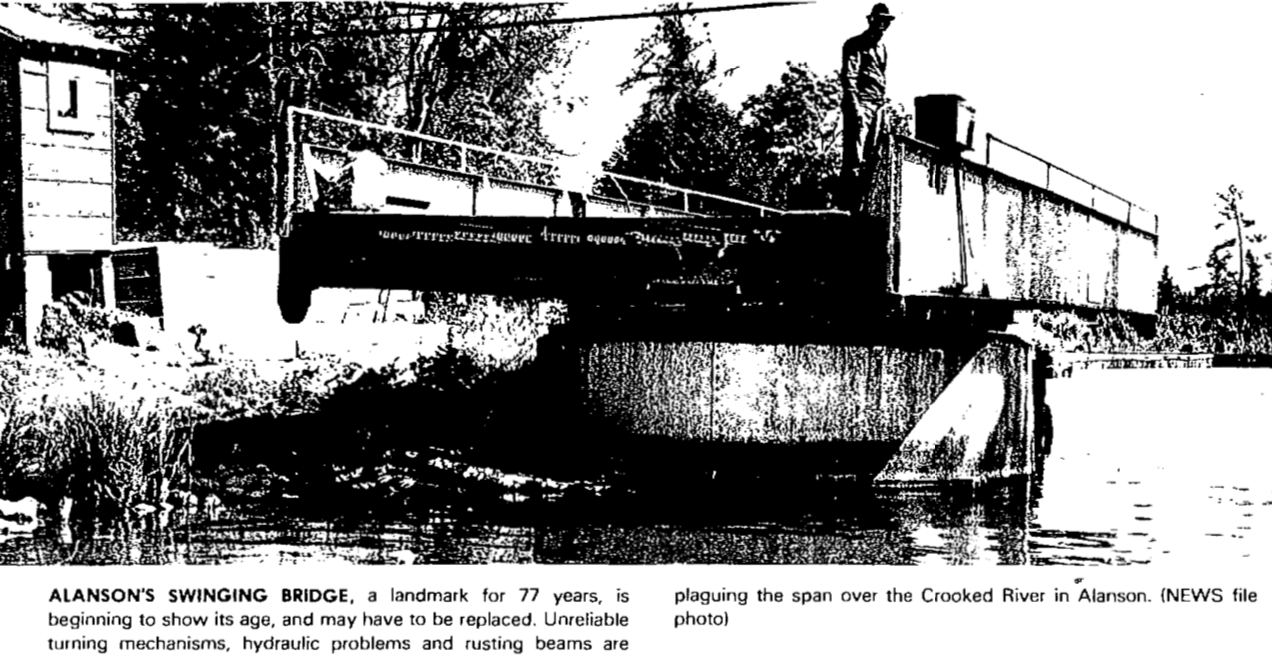 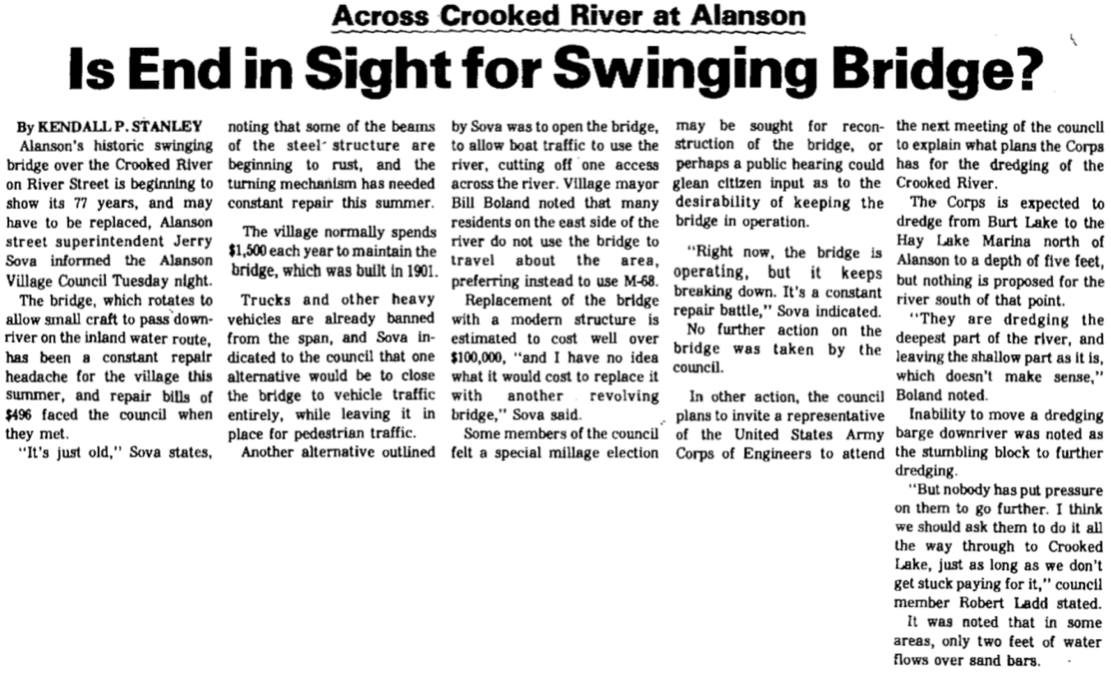 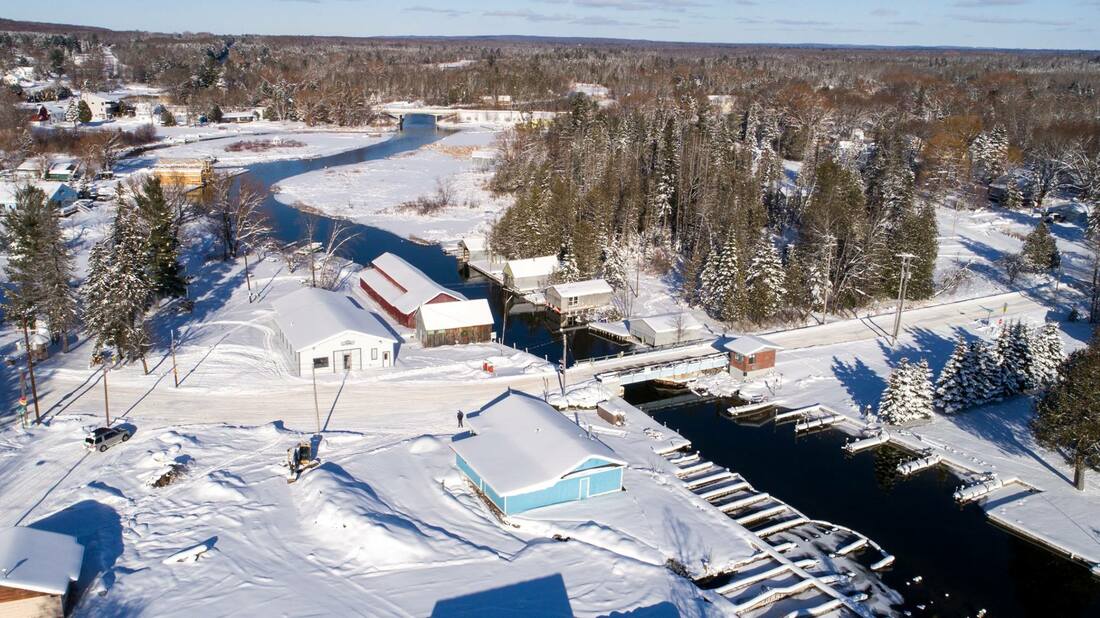 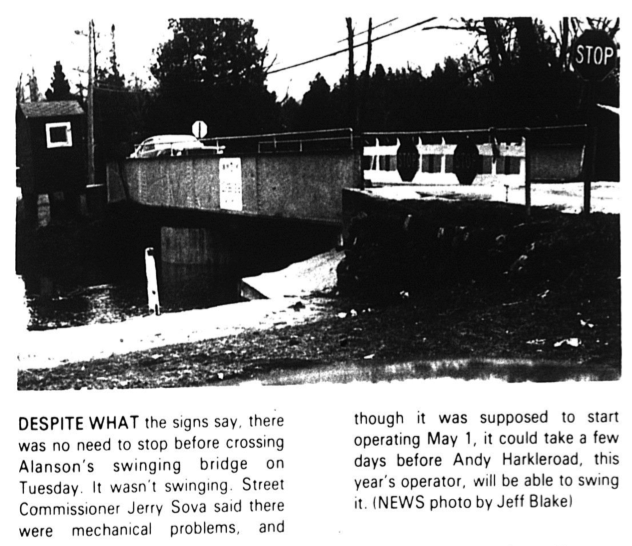 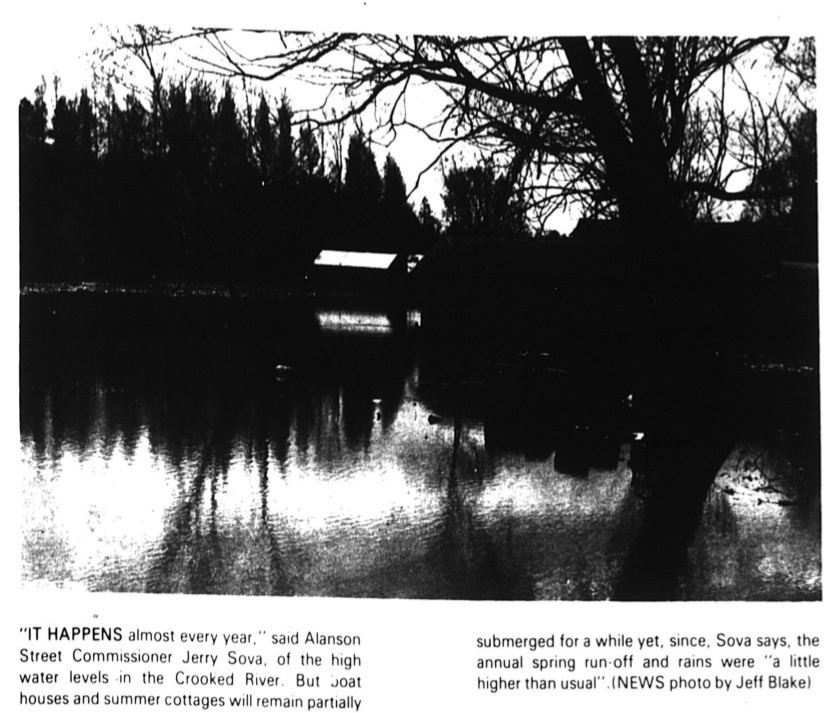 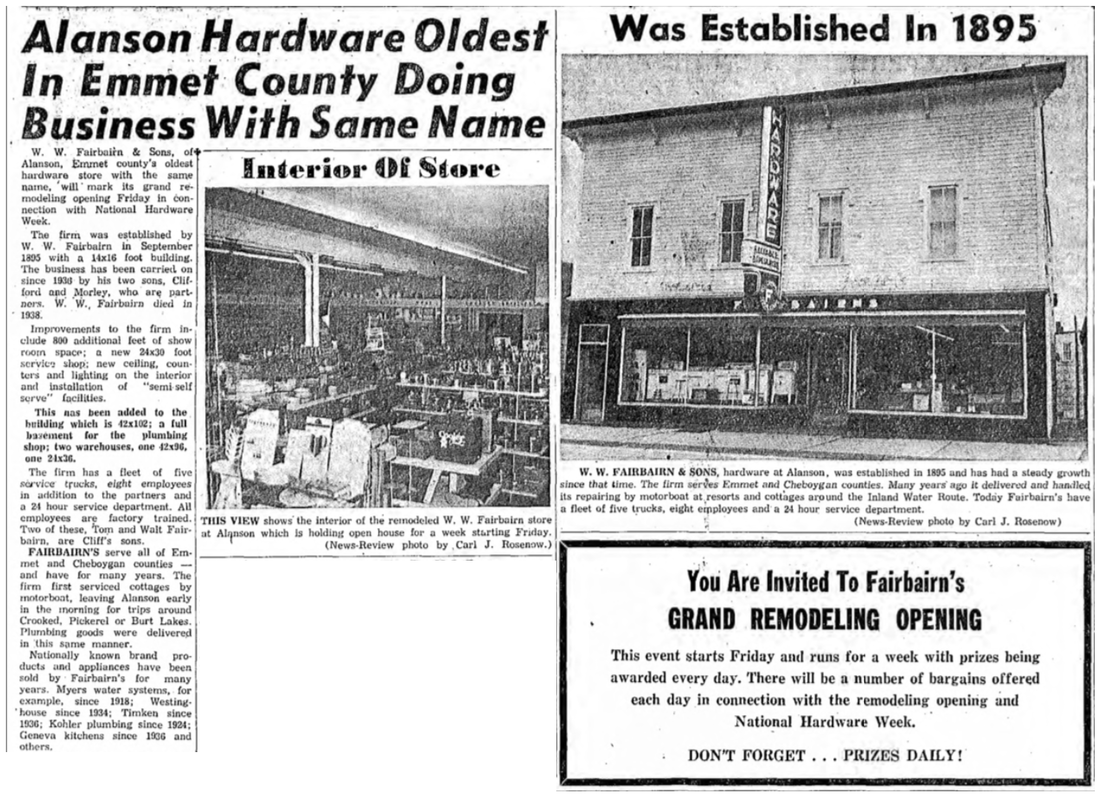 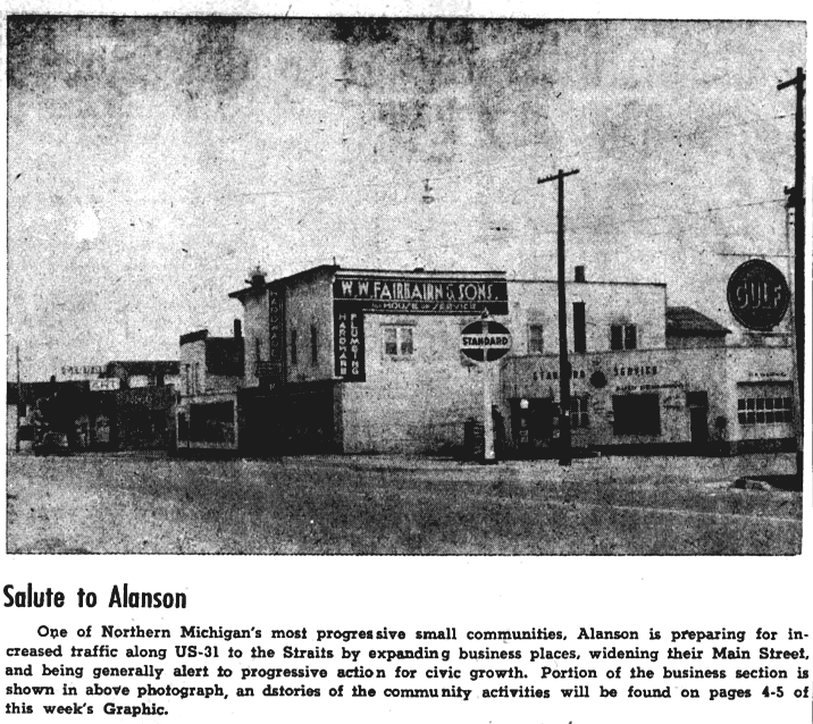 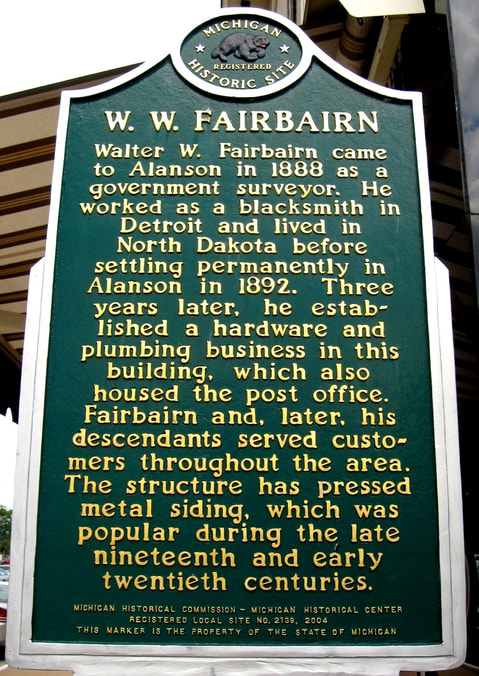 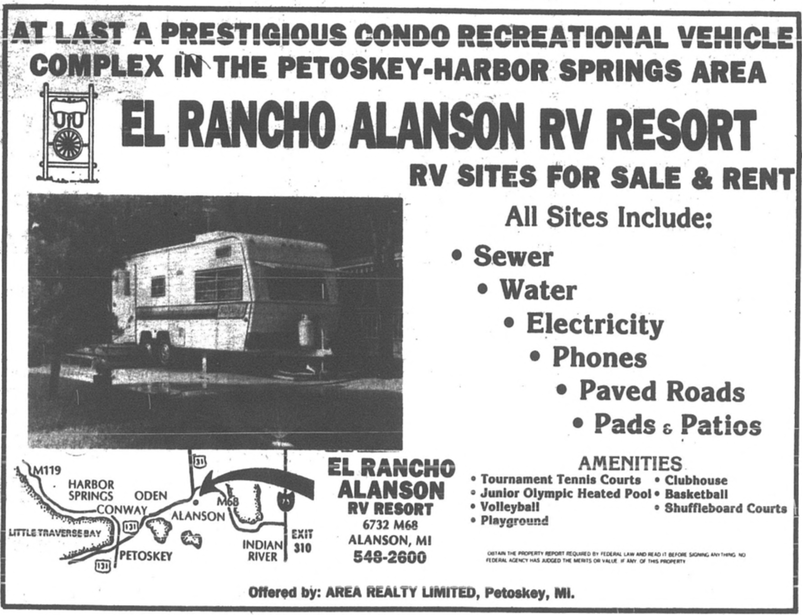 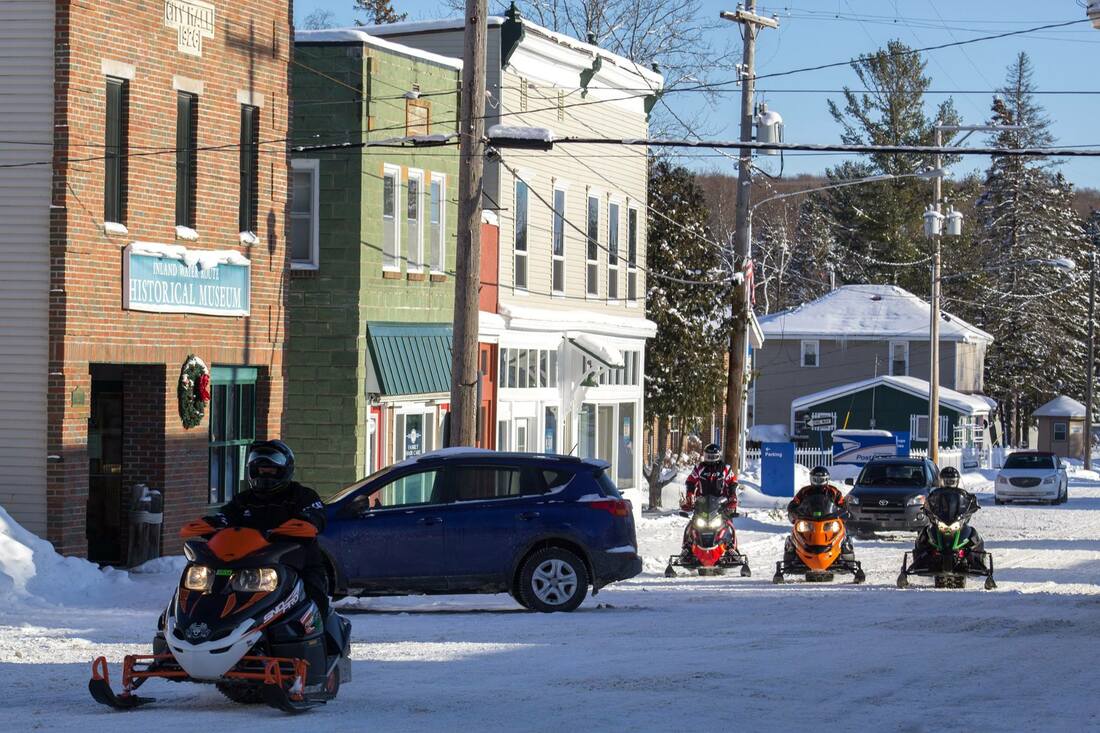 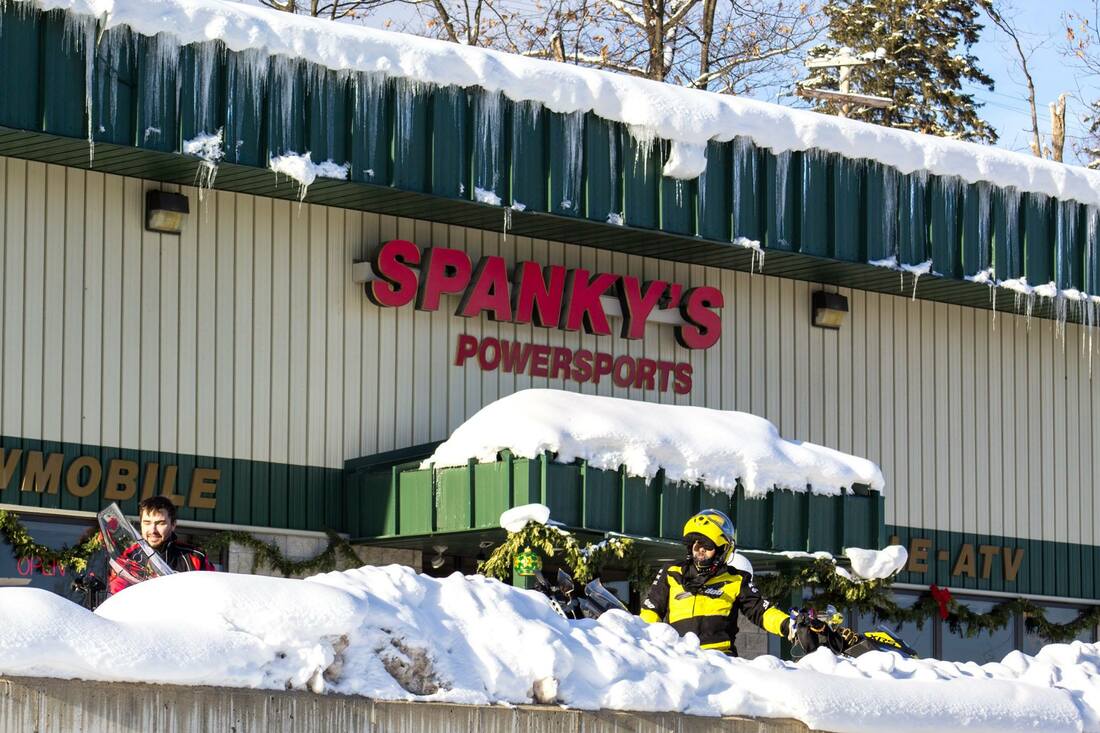 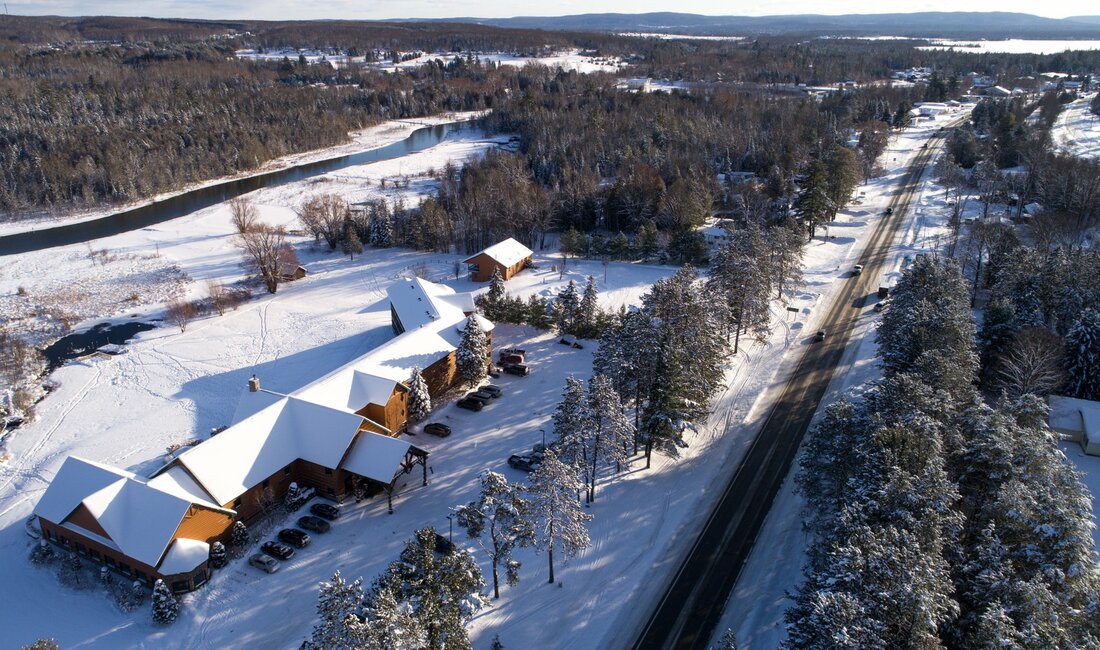 30 December 2017 ~ Photography of "Alex Childress Photo" posted here with permission...
Three Photos Above: Alex Childress' additional work also may be viewed at Alex Childress Photo.
The Alanson Veterans Memorial Garden is featured on the Charlevoix Emmet History web site,
on the "Veterans Roll of Honor" web page.
Maurice Eby has created a website book titled The Great Lumbering Era of Emmet County, Michigan which includes a great deal of information about the Alanson Sawmills.
Additional Alanson, Michigan, information can be found on this same website
on the "Crooked River and Locks" web page.