Neighboring Villages were named "Wheeling," "Hamlet," and Walker's Crossing.
Nearly a mile north of the town of Carp Lake was the village of Wheeling
which came into existence about 1910 as a sawmill village.
AND
South of the village of Carp Lake and a short distance north of where the railroad crossed Carp River stood the appropriately named mill-town of Hamlet.

AND
The extinct Walker's Crossing was named after the early pioneer Benjamin Walker Family that settled about 3/4 mile south of Carp Lake.

~ Raymond Kalbfleisch
The design and compilation of the text and photos on this site are copyrighted 2017.
Please do not copy the photos on this site, many of which have been submitted by private individuals...
just come back and visit the site often to view the photos.
CENSUS for 2010 for Carp Lake = 357
The founder of Carp Lake was Octave Terrian.
Carp Lake surrounds Lake Paradise, historically known as "Carp Lake".
~ 1896 ~
Schmalzried Barn Raising 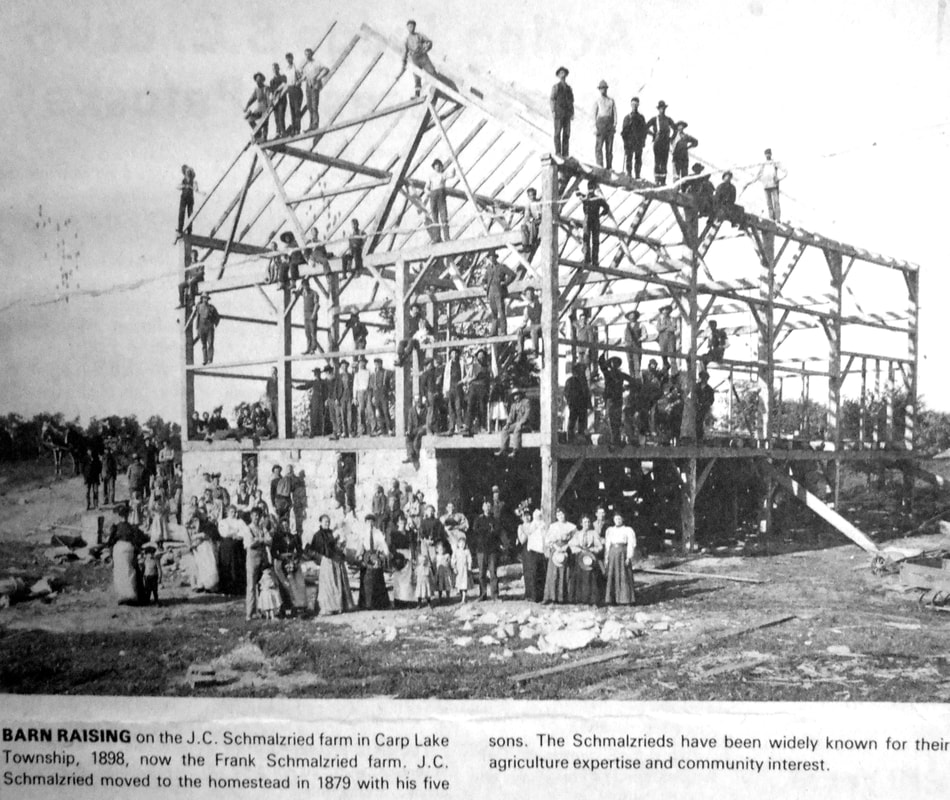 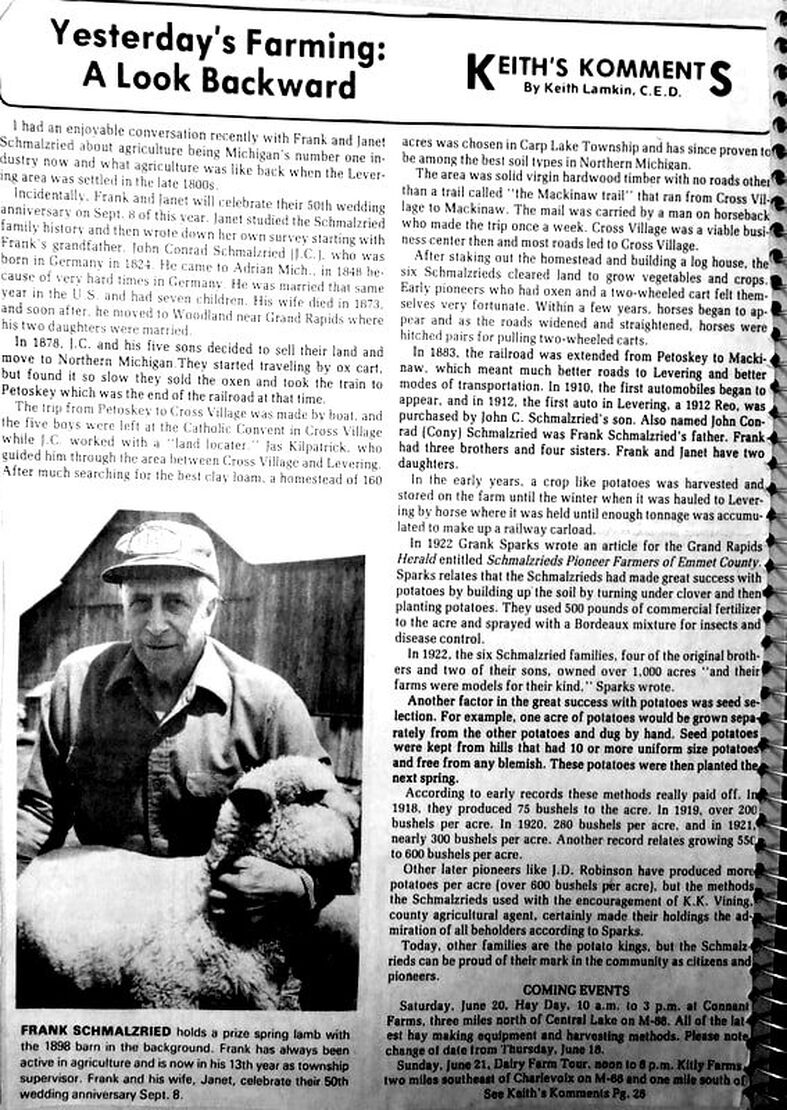 Undated clipping from OLD personal scrapbook in Michigan Room of Petoskey District Library... the continued page 26 is not included.
Photo Below: Carp Lake had a float in the parade for the Mackinac Bridge Groundbreaking. 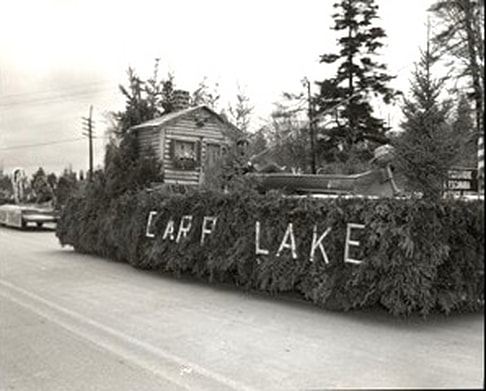 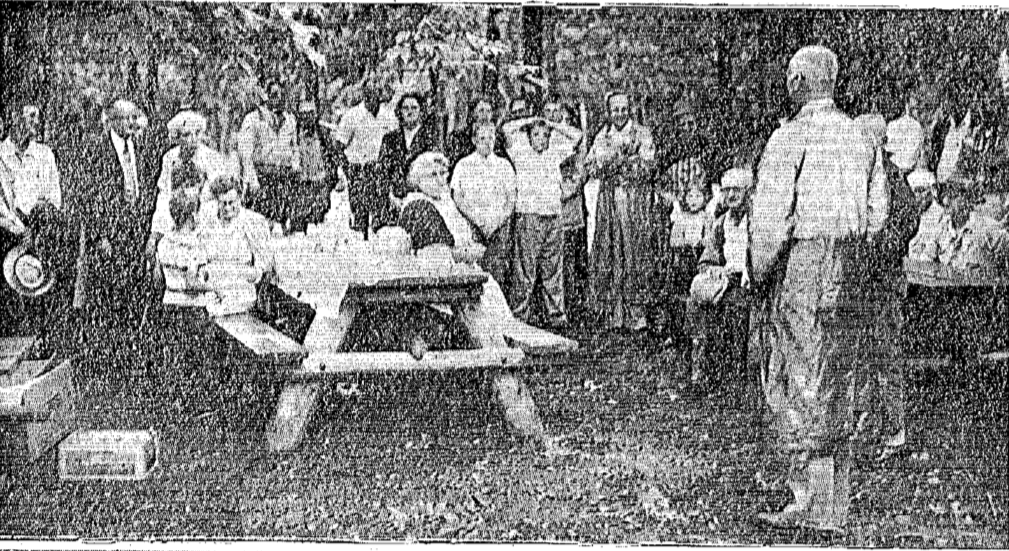 17 July 1956 ~ Petoskey News Review article accompanied article above and one photo below... 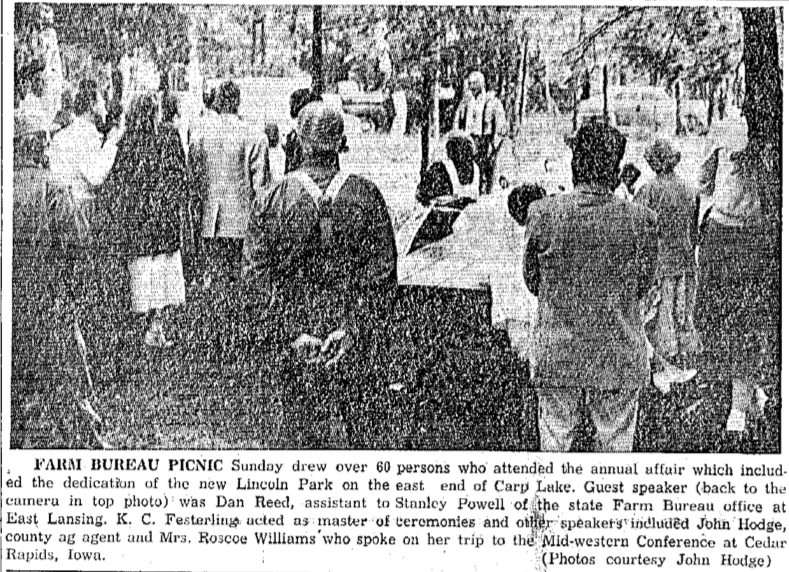 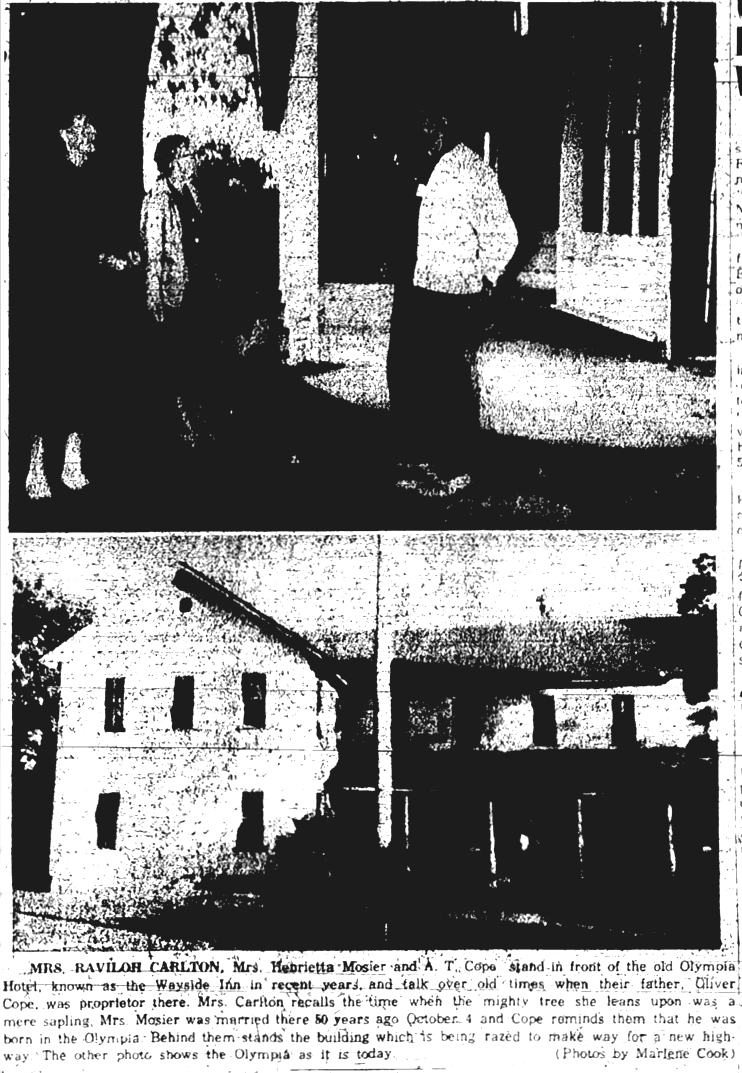 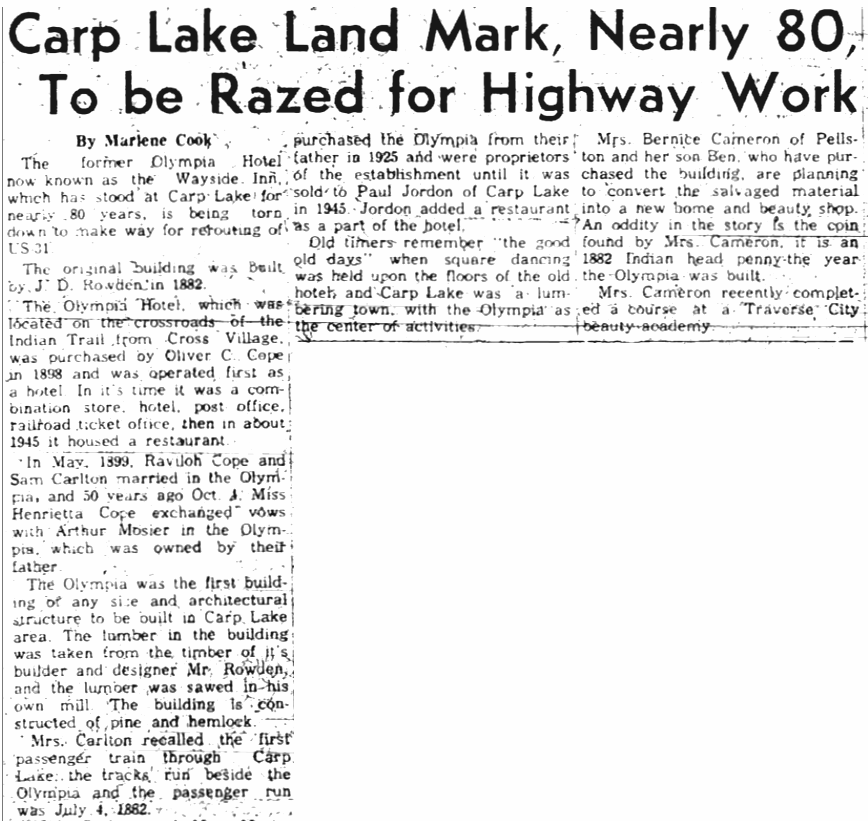 23 October 1961 ~ Petoskey News Review
On 11 September 2019 at about 4:15PM the Carp Lake General Store with attached residence
was totally destroyed by fire.
TOP
Powered by