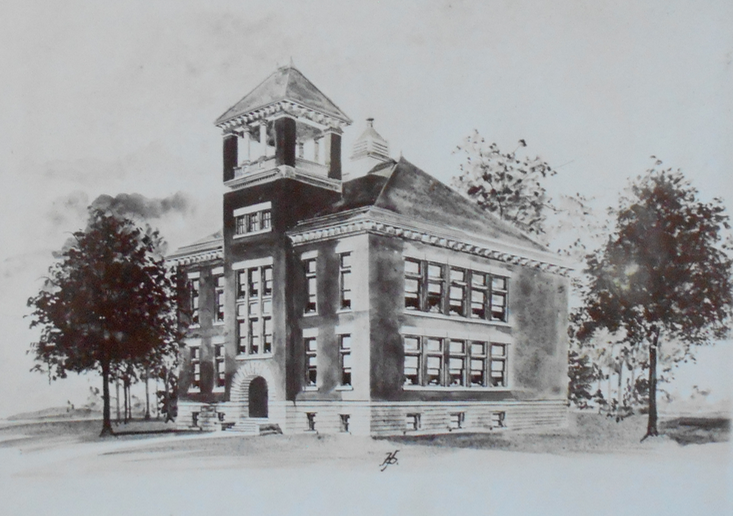 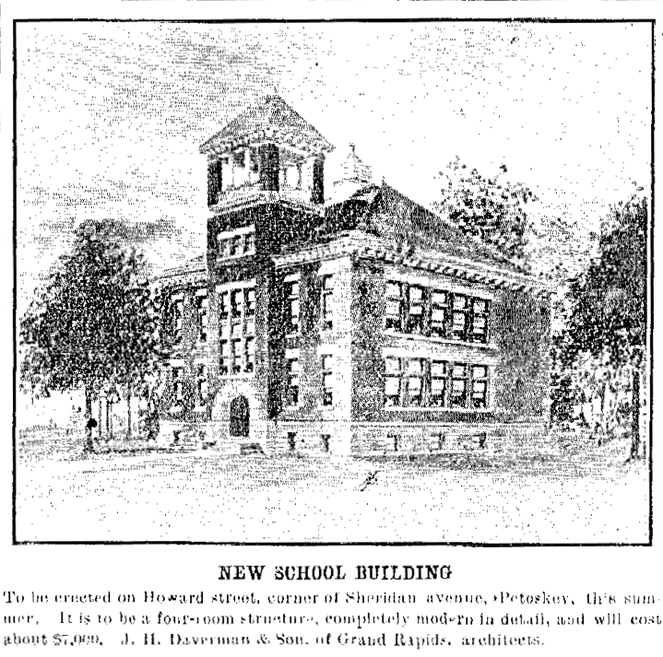 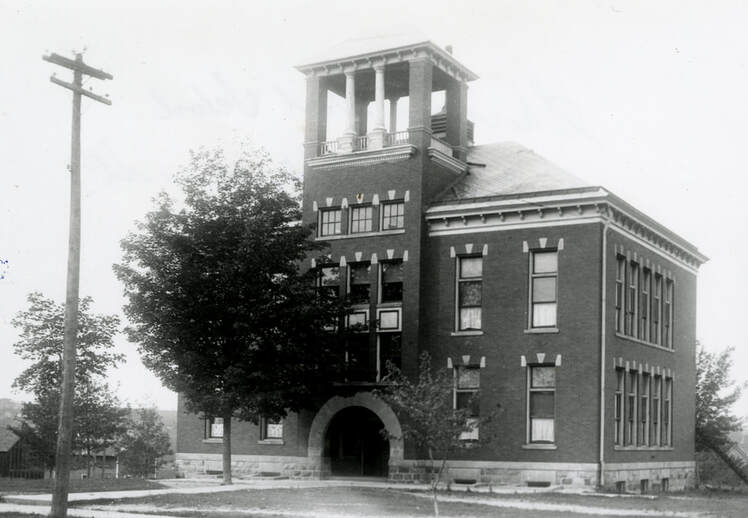 Little Traverse Historical Society Photo Collection
Located originally at 1130 Howard Street, Petoskey, Michigan (as seen in the photo below)....
Sheridan Elementary School building eventually became the main building for North Central Michigan College (NCMC). After the college moved to its new buildings, the Petoskey Public Schools used the building as the superintendent's and the main administrative offices. The building burned in 1979, and all that was saved was the arch way, which became a decorative part of the design when the new superintendent's and the main offices were built in the same location. 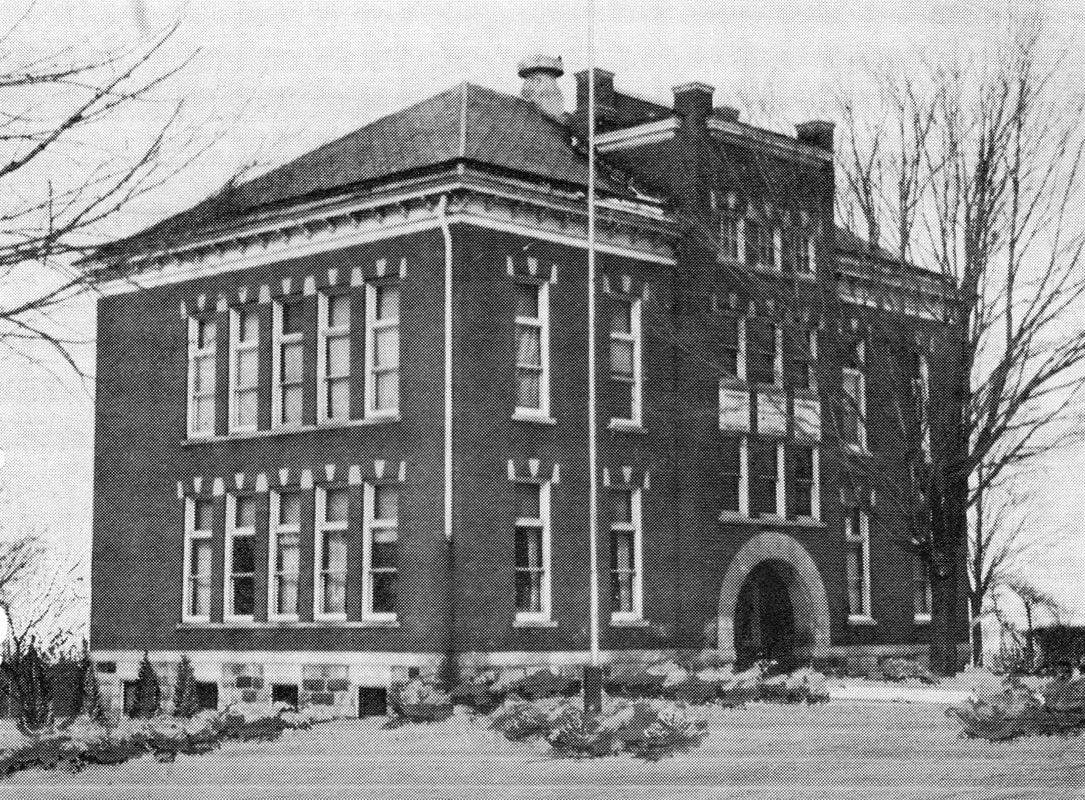 Sheridan Elementary School as it appeared in 1957... 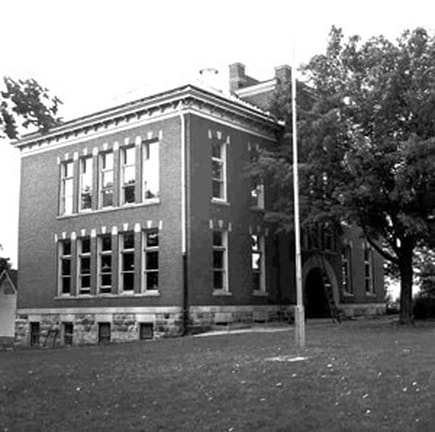 Sheridan School > NCMC ~ Greenwood Photo Archive Collection from Petoskey Newspaper (1959)
By 1979 this old Sheridan building (above) no longer was used as part of North Central Michigan College. It was being used as the Administration Offices building for the Petoskey Public Schools when in March 1979, the building burned. Only the archway entrance was saved to become a part of the architectural design when the administration offices were rebuilt in the same location.
Before 1910 Miss May Cronin (married later to Mr. Ruddy)  was principal of Sheridan School for two years. 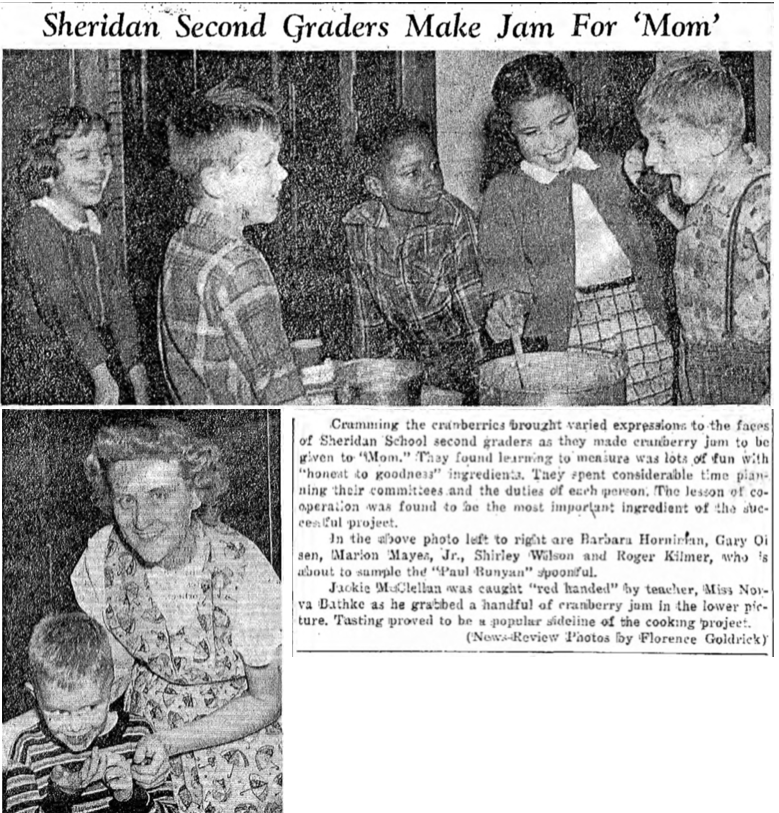 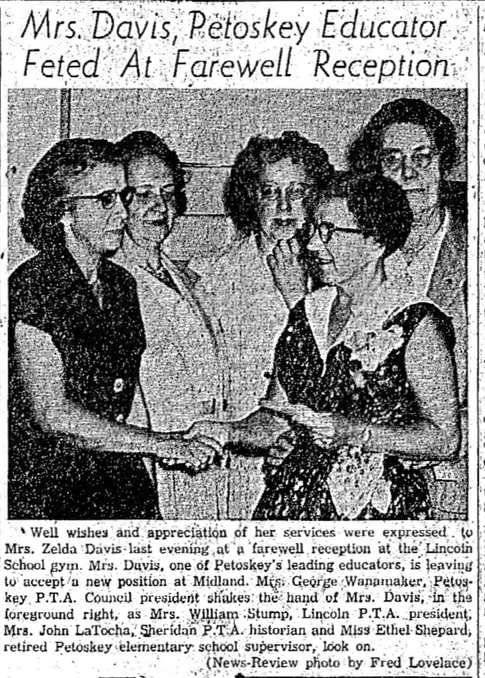 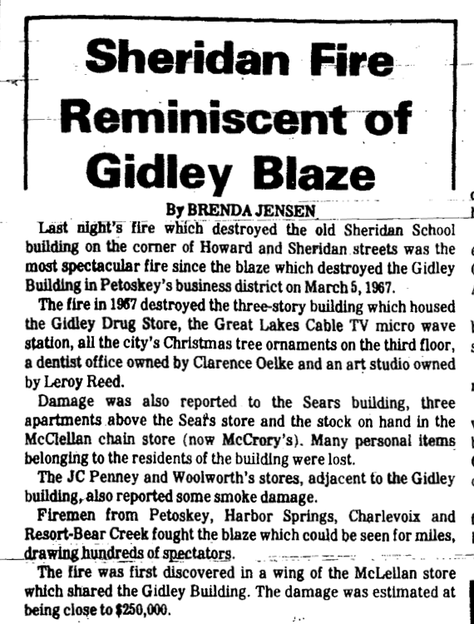 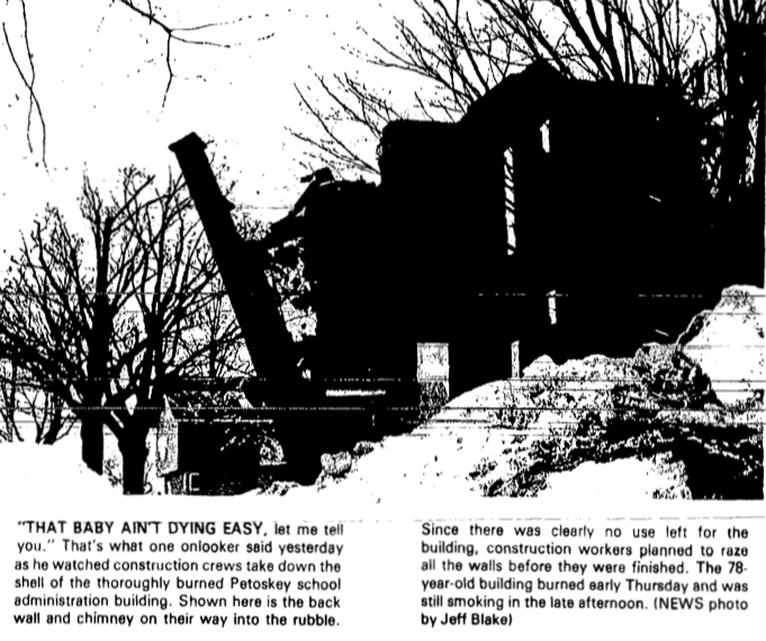 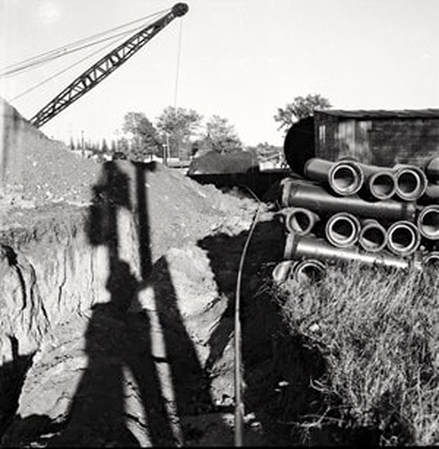 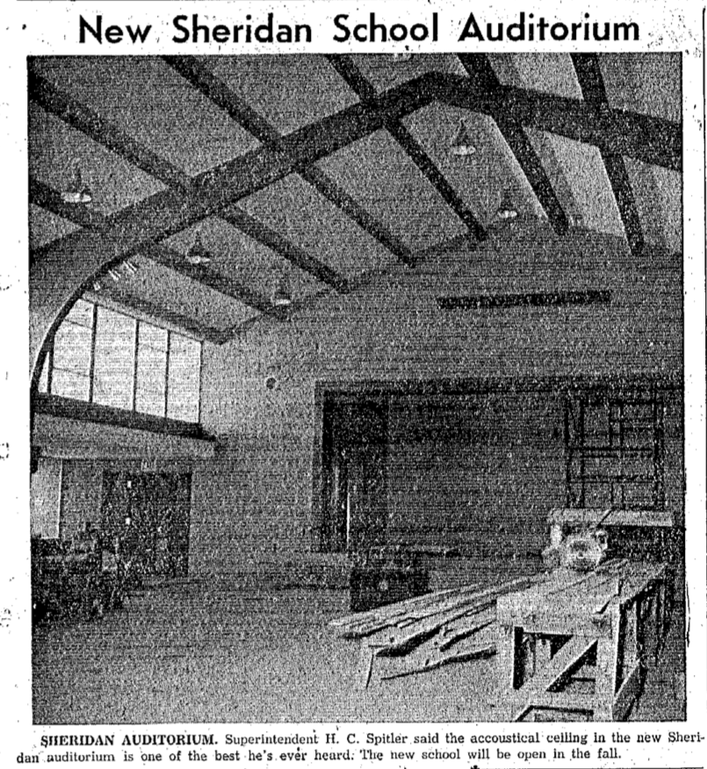 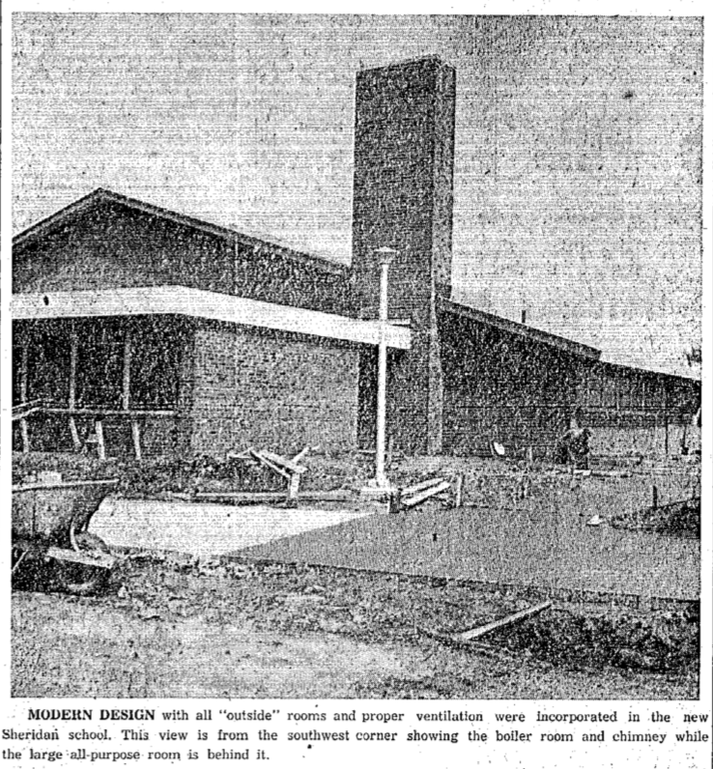 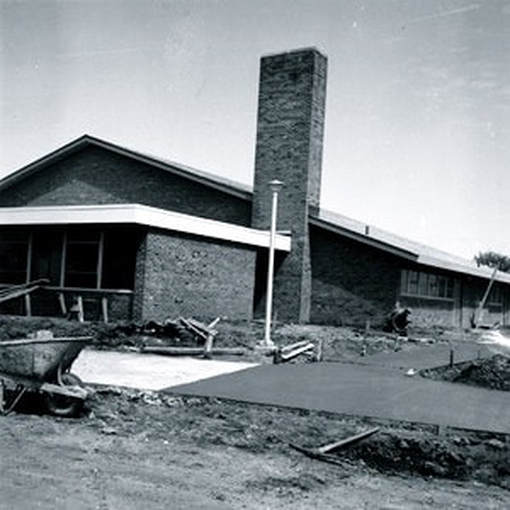 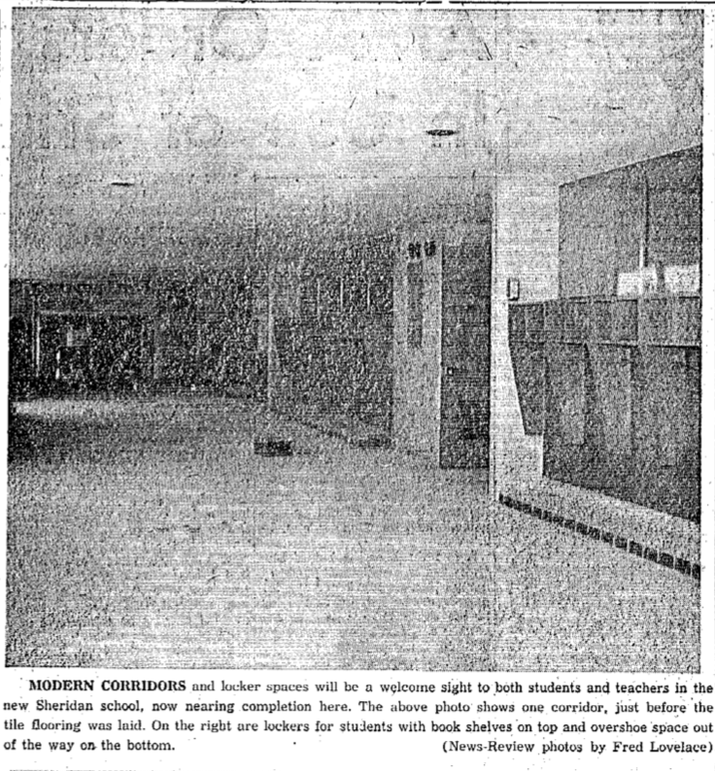 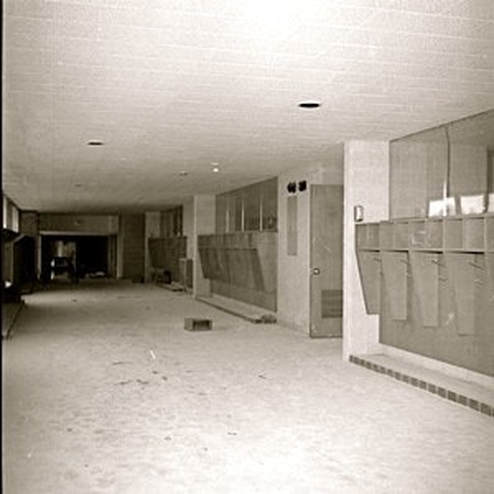 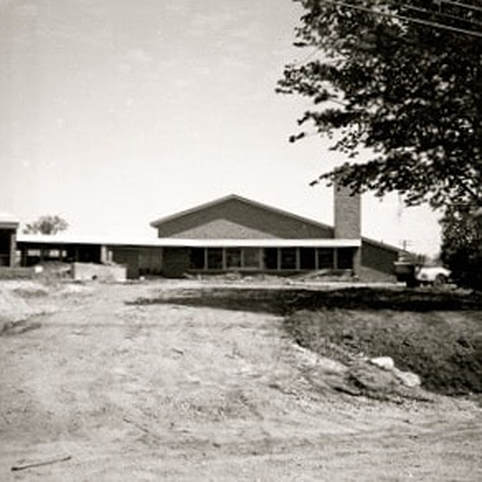